The shirt factory at Selje

"Selje Skjortefabrikk" is located in the centre of Selje. The factory was built in a village without any other industry after the Second World War. This is an example of what a private initiative alone can do, but as the only remaining shirt factory in the country in this highly work-intensive business, this is also a testimony of an alert company management in the following years. 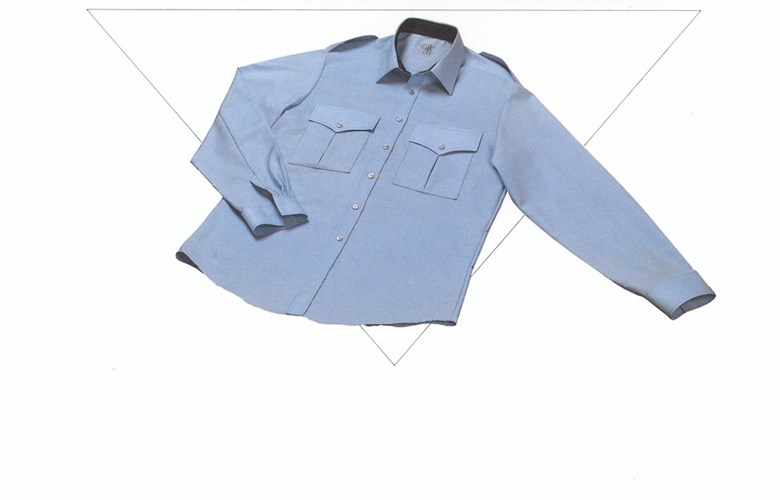 Selje Skjortefabrikk was not the first company in the ready-made clothing business at Selje. In 1925, Brita Hjelmeland started up a tailor's shop, and Entze Drage another, each with two-three employees. Per G. Reed ran a shirt factory at Stadlandet until 1980. From 1932, J. G. Thoresen operated Selje Konfeksjonsfabrikk which in 1935 was taken over by Øivind Dragesæt (1892-1959). The production was based on so-called contract sewing. About 20 - 25 seamstresses were employed here in 1940. Here Wald Drageseth was a jack-of-all-trades in his father's business. Drageseth also learned much from working at the woollen mill Innvik Ullvarefabrikk belonging to his grandfather, Wald Skåden. In 1946, the factory was moved to Åheim. At the same time, Wald Drageseth was working to establish a shirt factory in the old factory premises at Selje. He had then qualified himself as a technician in the field of ready-made clothing business, and he had been operational leader of a shirt factory at Gjøvik.

Establishment and first year of operation

With his ten-year-younger brother Asbjørn, Wald Drageseth started up the shirt factory in 1947. From Selje it was a long and difficult journey to Oslo where the shirts were sold and new materials bought. From the very beginning the shirt factory employed as many as 20 seamstresses. On a December day in 1947, the factory burned down. The production, however, came quickly on stream again in a school cellar and in January, 1949, in a new factory. In the course of the 1950s, the factory had an annual production of 200 000 shirts with a workforce of about 80. Most of the employees were women, mainly from Selje. A production line was also started up Måløy. 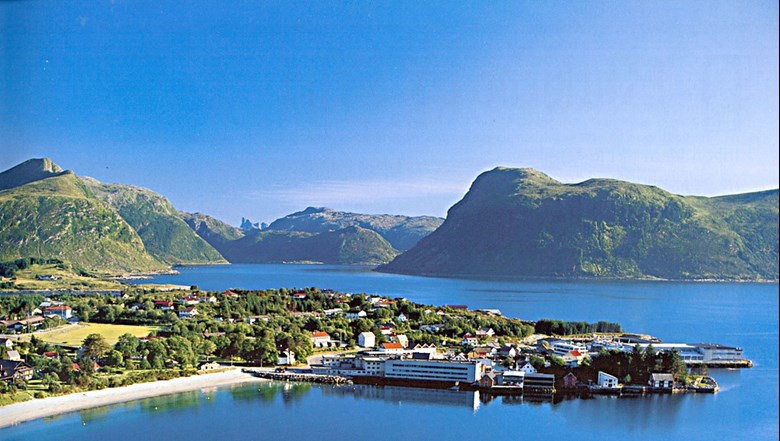 In the 1960s, the import of inexpensive shirts caused difficulties for the Norwegian shirt production. In a matter of a few years, the production at Selje was halved. However, the management concentrated their production on a common, basic model for all shirts, and this made the production more efficient. The number of employees was halved and the production line at Måløy was shut down. Uniform shirts became their main product. The most important customers were the Armed Forces and other public services and institutions, as well as private companies with a uniformed staff. In this way, Selje Skjortefabrikk became the leading producer of uniform shirts in Norway. 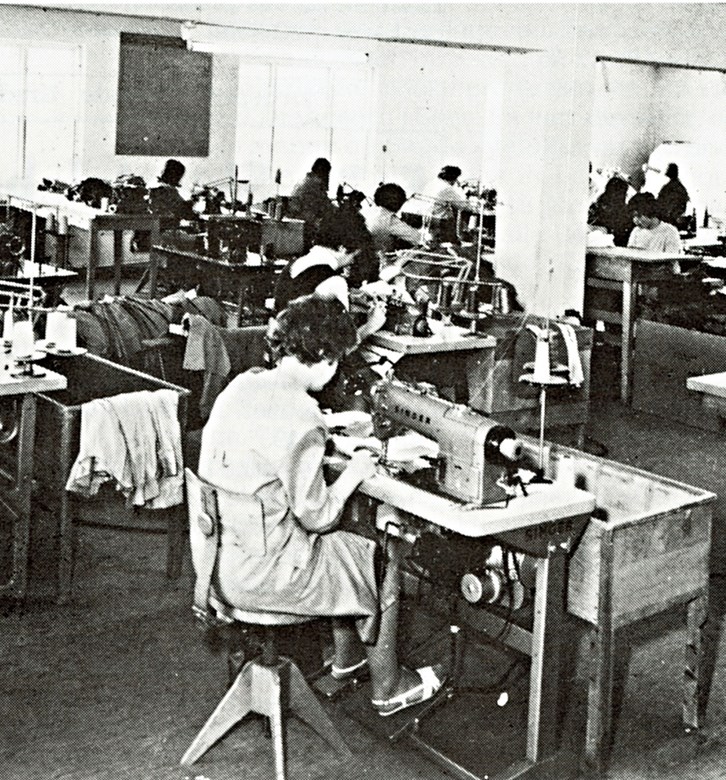 The factory was extended for the first time in 1954, and in 1978 a new two-and-a-half-storey factory with a floor space of 2635 square metres was completed. New machines were installed which further automated some sewing operations and the folding and packing of shirts. From a minimum production of 120 000 shirts in 1973, the annual production rose to about 240 000 shirts in the early 1980s. In 1984, computers were introduced to attain a more economic use of the material. The number of employees once more increased to about 100. A new customer group was private companies which used working clothes as a marketing strategy. Shortly afterwards, however, the shirt factory was faced with major challenges which called for rapid restructuring measures. 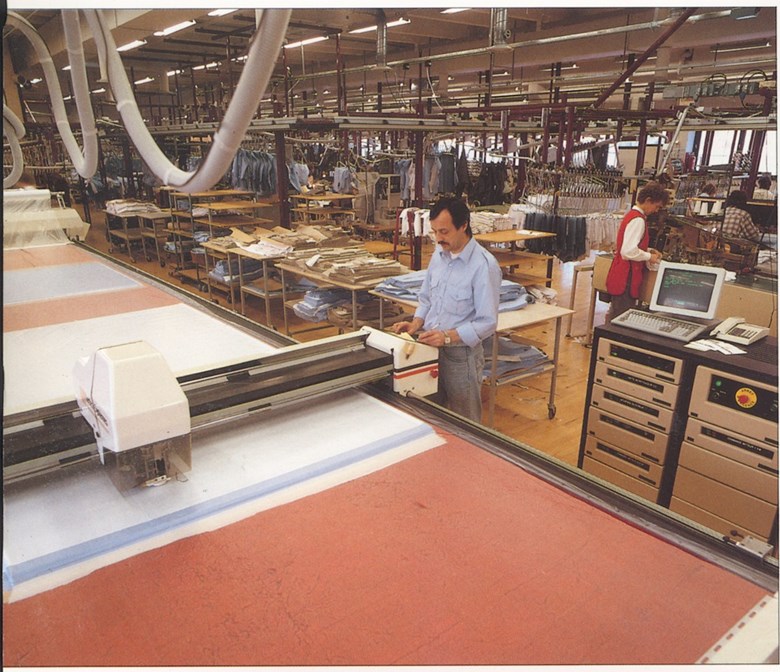 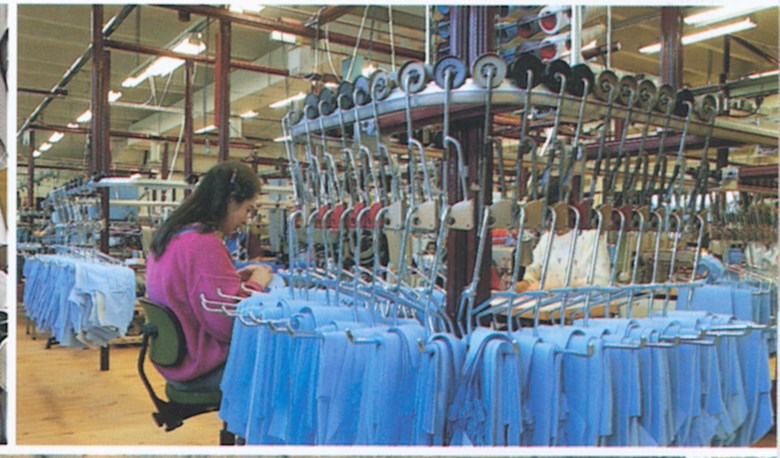 In the late 1980s, the economy suffered a general setback, and the sale of shirts from Selje was halved. The consequences were to move the production to low-cost countries, at first to Portugal in 1988, and in the course of the 1990s to Poland and then to Estonia and Lithuania. The production was based on contract sewing in established factories. The cutting of materials was mainly carried out at Selje.

The company is owned by the Oslo company NB Partner with 68 % of the shares, Magnar Drageseth and four employees, and from 2001 with Geir Årvik as general manager. The annual production is about 160 000 shirts and blouses. 12 employees remain at Selje, where there is administration, sales department, purchases, product development, storage facilities and a service department with a capacity of about 100 shirts per week. In addition, the company has contract sewing in the Baltic countries, employing between 60 and 80 workers. In this business sector the price pressure is increasing. All Norwegian shirt production has been "flagged out", and Selje is the only place in Norway where shirts are still produced.

Other businesses branched out from Skjortefabrikk: Selje Bruk in 1961, later on Saga Trading, with its production of plastic boats, Selje Hotell in 1975 and Selje Plastindustri in 1976, later Selantic Industrier, which produced rescue equipment for shipping and the oil industry.

The shirt parts hang on a conveyor belt. The system works in such a way that each garment is transported automatically from one work operation to another. When the seam is completed, the garment is sent on to the next sewing operation.
Owner: I <i>Kystbygdene skifter ham.</i> - Date: 1984. - Photographer: Selje Skjortefabrikk.
I <i>Kystbygdene skifter ham.</i>
1984.
Selje Skjortefabrikk.