Many churches have portraits of their own previous vicars going back many centuries. However, no church can match the Undredal church in this respect. The people of Undredal can boast of having a "picture" of one of their vicars from the 14th century in the form of a sculpture in the "Nidarosdomen" cathedral in Trondheim. Pål Bårdsson was no ordinary vicar. For some years he was given the income of the Undredal church. 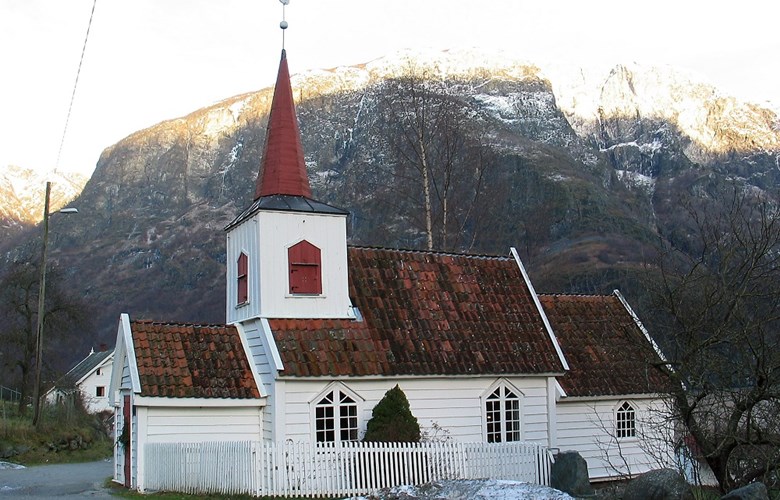 The sculpture of the Nidaros archbishop, Pål Bårdsson, stands 2.5 metres above the floor in the octagon of the cathedral on the wall separating the ambulatory from the inner room with the high altar. The sculpture is life-size and was made in connection with the rebuilding of this part of the octagon after the great fire of 1328, but probably before the Black Death in 1349. There is no information as to who made the sculpture, but it must be one of the sculptors from the cathedral workshop at that time. The sculpture stands in its original place. The archbishop was seated under the sculpture when he took part in ceremonies at the high altar and the St. Olaf reliquary.

The stave church at Undredal

The present church dates from the 18th century. Of the original church only parts of the nave remain; the four corner posts, the northern and southern walls, as well as the roof constructions.

Pål Bårdsson was archbishop for Nidaros from 1333 until he died in 1346. We have no knowledge of his family or where he came from. The first written reference to him dates from 1309 when he was a canon at the cathedral in Bergen. In the years up to 1326 he studied at a number of European universities. He took a doctor's degree both in Roman and canonical law and was given the title doctor utrisque juris.

As a student he held a position as vicar at Undredal, and the bishop Audfinn in Bergen gave him the right to get the income from the "St. Nicolaus kapell" at Undredal. No original document of this arrangement exists, but a copy is found in the Royal Library in Copenhagen. The letter is not dated, but in the document collection Diplomatarium Norvegicum it is dated to 1321, but in another collection the year is 1326. He returned to Norway in 1326 and became chancellor for king Magnus V Eriksson and dean at the "Mariakyrkja" in Oslo. The income from the chapel at "Undradal" lasted until he became archbishop in 1333. 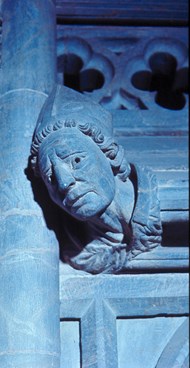 Pål Bårdsson was no ordinary vicar and it may be misleading to refer to him as avicar at Underdal, which is found in some books on local history. In the first place, we do not know whether he ever set foot in Aurland. What we do know is that he was granted the income from the church either in 1321 or 1326. In the document he is calledsira, a title frequently used about clergymen in the Middle Ages, but which is in fact a "sir" title. Secondly, Pål Bårdsson was not consecrated to become a vicar until 1333, and then only because he otherwise could not be consecrated to the higher position of archbishop.

- Neither Pål Bårdsson nor his predecessor, archbishop Eiliv, can have felt called to being a vicar or spiritual adviser, according to Olav Marthinsen in the information service of the Catholic Church in Norway. They must both have known that their talents went more in the direction of administration.
Vicar or no vicar, Pål Bårdsson at any rate deserves a place among the Undredal vicars.