Augustin Bredvik (1868-1952) was bailiff in Gulen for more than 40 years. "One of the pillars of western Norway" as the newspaper Firda put it in an obituary. On 15 August 1954, a memorial stone was unveiled on his grave at the church at Eivindvik. 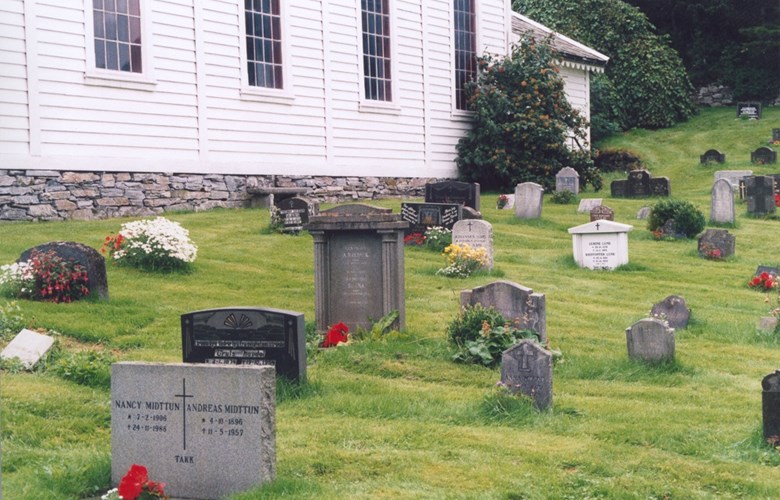 The memorial stone on the grave of Augustin Bredvik (in the centre of the picture) stands on the south side of the church at Eivindvik. It now faces the west whereas it originally faced the east.

The memorial stone was unveiled on 15 August 1954.

Augustin Bredvik attended the county school in Florø and Mo agricultural school at Førde. His working life started with five years as a bailiff's assistant at Selje, then 1 ½ years in Bergen, before becoming bailiff at Gulen around Christmas 1896, a position he held until he retired on 20 January 1948. 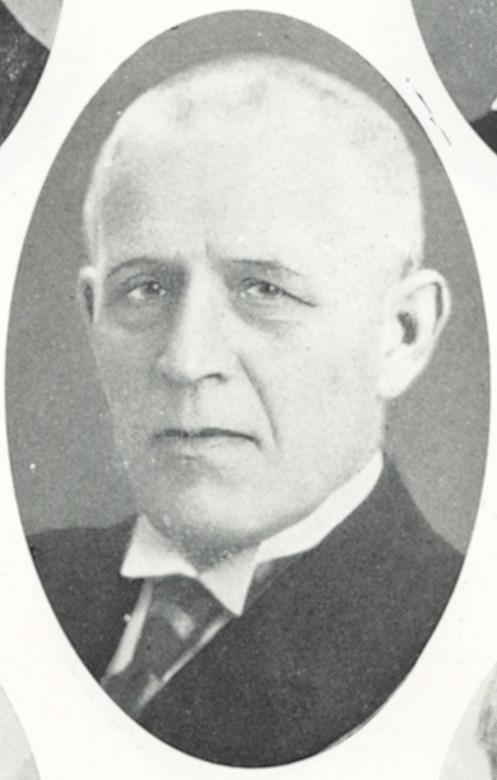 Active man in the community

Bredvik was a highly active person in community affairs both in Gulen and elsewhere - in public bodies, in companies and organizations. He was a member of the municipal council for nearly 40 years, and he was chairman of the conciliation board for more than 30 years. He was a member of the liberal political party "Venstre" and he was a deputy parliamentary representative for the county of Sogn og Fjordane at Stortinget for three periods between 1922 and 1930. He sat on the boards of the steamship company of Fylkesbaatane and Sogn Billag, for 44 and 8 years respectively. He was also very much interested in forestry and was an active board member in a number of administrative bodies. He was chairman of Gulens Skoglag (forestry association) for 46 år, board member of Bergens Skogselskap in the years 1916-1942, from 1942 chairman of Sogn og Fjordane skogselskap which that year separated from Bergens Skogselskap. Bailiff Bredvik also sat on the board of Gulen Sparebank, from 1916 to 1925 as a member, and from 1925 to 1943 as chairman. In addition, he held many other positions in various organizations.

In an obituary it was said about him: "--- bailiff Bredvik was one of the pillars of western Norway, a unique personality, extraordinarily gifted and respected by everyone he came in contact with."

Augustin Bredvik was honoured with the medal for outstanding civic service.

The memorial was changed

In the year 2001, the memorial looks different from what it was when it was erected. The changes are partly planned, partly due to the fact that the inscription has become worn with time. The name stone has been turned 180 degrees from east to west, and the horizontal element has been dug down to ground level, and the cross-marked stone is slanted in relation to the flower section. 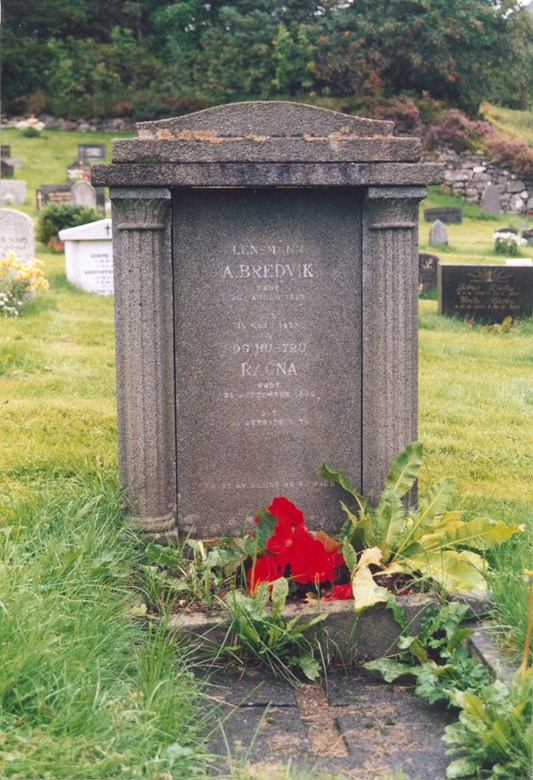