King Oscar II visited Fjærland in the summer of 1879. Those who accompanied him up to the Bøyabre glacier and back, did not want any money for this job. All the same, the king sent a sum of money some time afterwards. The people of Fjærland decided to spend the money on raising a memorial stone commemorating the royal visit. 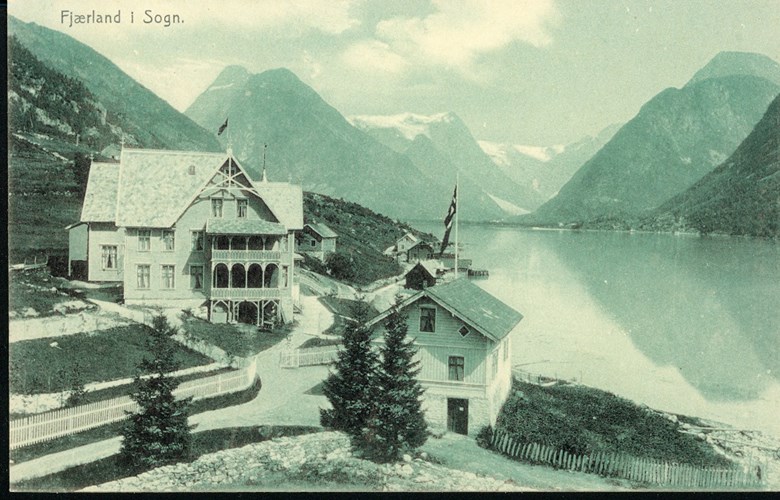 Hotel Mundal about 1910. We can barely see the Oscar II stone below the road in front of the hotel.

Gudrun Dahle's account deals both with the visit and the memorial stone. The following is the whole account in her own words. The only change made by us is to introduce subtitles.

New quay and a woven bedspread as a carpet.

The king wanted to ride the horse himself, but old Vårstølen led because "a bird might come and frighten the horse", he said. The royal entourage walked on foot from the Skeidstølen mountain farm, so they came up to the glacier on the Skeide side of the valley. When the king wanted to go all the way into the grotto where the glacial river emerged, he was stopped by old Vårstølen who pulled him back, because he knew how dangerous it was to go in there under the glacier. Shortly afterwards a large block of ice fell down on the exact spot where the king had been standing. "This was probably meant for me", the king then said.

Royal sum of money used to raise a memorial stone

The king wanted to give Vårstølen money for the horse, but he was not willing to accept any money, saying: "I want to honour the king by not charging anything." The other farmers followed suit and did not want to take any money for their horses either. Then the king said that he wanted to send a money gift to the poor in the village, but the people of Fjærland said there were no poor people there. That year there was no poverty budget for the Fjærland "sokn". Nevertheless, the king sent some money later on, according to some 40 "daler", others said 70 "daler". The money was used to raise a memorial stone in Mundal with the year 1879 and the king's monogram on it. 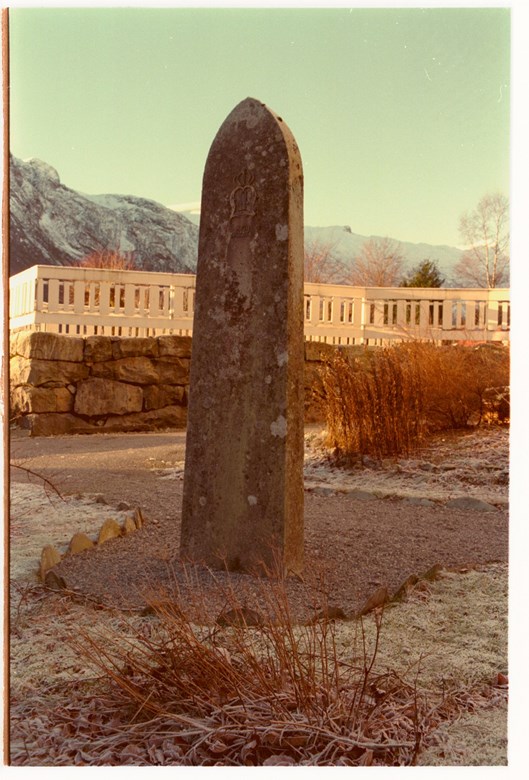 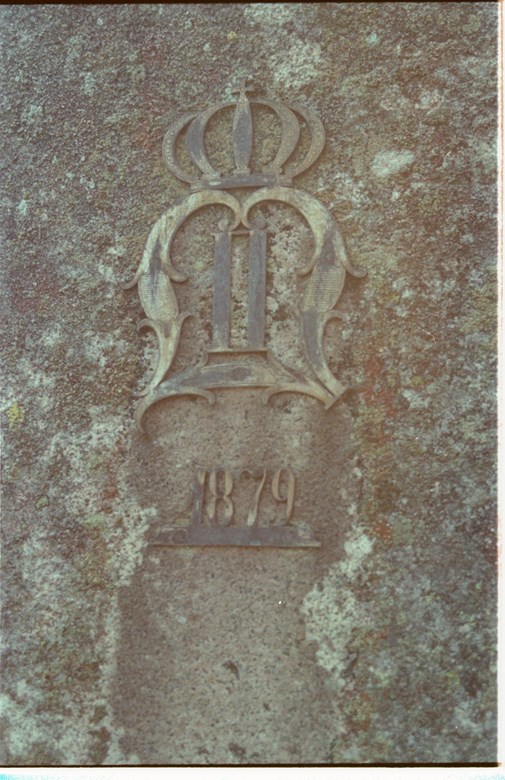 The stone was unveiled the following summer with great festivities. Practically the whole village had turned up for the big occasion, and Eirik Bjåstad, who was deputy mayor then, gave the speech at the unveiling ceremony, combining dignity with humour. He made people laugh when he said: "Who would have thought that when old Myren came up here with his fishing boxes that this would be such a solemn place"? The stone was raised close to the village road. When the hotel was built in 1891, the village road was moved a few metres closer to the fjord, and in this way, the stone came to be standing in the hotel garden. Throughout the years Norwegian and foreign tourists have heard this story.

The story of the king and Vårstølen in the "bygdebok"

"There is a story about Åmund Vårstølen that is too good to be forgotten. King Oscar came to Fjærland on a visit and was going to ride up to the Bøyabre glacier with Åmund Vårstølen leading the horse. When the king was about to mount the horse, he stood for a while with one foot in the stirrup, probably to look around. Åmund interpreted the situation as if the king was not able to get up on the horse. He went up to the king, saying: "steady yourself on my shoulder, king." - It is possible that the king had often got poorer advice than to steady himself on a farmer's shoulder." 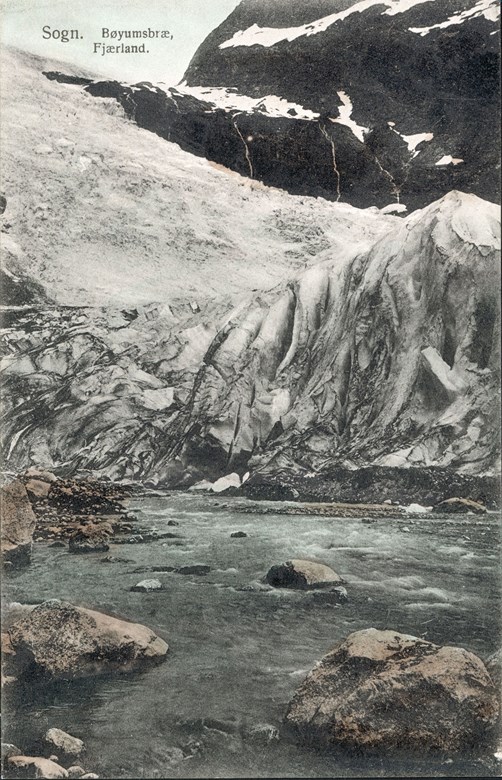 Memories of the royal visit in America

The royal visit in 1879 was a major event the villagers talked about and remembered for a long time. The visit was even talked about among people from Fjærland who had emigrated to America. Anders J. Bøyum, Fjærland, says that descendants of the Norwegian-American Ivar Bøyum - who was 12 years old when the king came to visit Fjærland - used to tell his children about the royal visit, and that the king had askedhimto find a twig he could use on the horse.

The Oscar II stone at Hotel Mundal in 2000. The stone was raised before the hotel was built and stood along the village road. When the road was moved a few metres closer to the fjord, the stone was left standing in the hotel garden.
Owner: Fylkesarkivet i Sogn og Fjordane. - Date: 2001. - Photographer: Hermund Kleppa.
Fylkesarkivet i Sogn og Fjordane.
2001.
Hermund Kleppa.