Kirkevollen is one of two listed public officials' buildings in Førde, the bailiff residence at Bruland being the other. It is beautifully situated at Løken with the church behind it. This handsome house has an obscure history, being built perhaps on the island of Svanøy in the late 18th century. 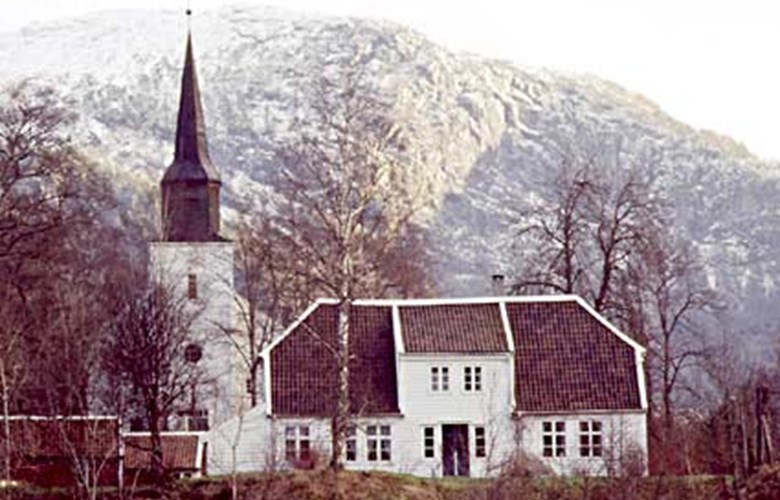 The main building at Kirkevollen is an impressive house, with a bent roof, hip end walls, and flat arks on both long walls.

The main building is a one-storey timber structure, with an arched roof, hip roof gables, flat dormers on both long walls, and it measures 16.6 by 9.4 metres. Age and origin are uncertain, yet it is believed that the house could have come from the island of Svanøy, where an office building was set up at the bailiff farm in the 1770s. This building was subsequently used by the local vicar, but moved from Svanøy in about 1850. The house on Svanøy was much like the one now standing at Kirkevollen. But the building at Kirkevollen could have been built on the present site, and the style suggests end of the 18th or early 19th century. 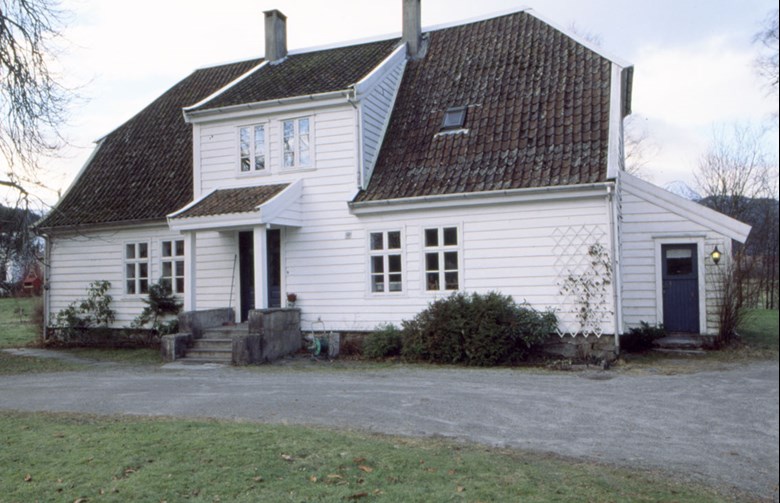 Kirkevollen was a part of Falkenstein, which was separated from the captain farm of Ytre Skei in 1823. Some sources indicate that the building was meant to serve as the bailiff's private residence, and there is reason to believe that sheriff Johannes Falch at Falkenstein either had the house built or moved. In 1856 three unmarried daughters inherited the residence. Their brother Edvard Falch bought it from them in 1869.

Edvard Falch was a clerk in district recorder Elster's office. He and his wife Julia Neerland had 10 children up to 1876, when they sold Kirkevollen to Dr. H. M. Schou. His wife, Alhed Schou, wrote a book about the island of Svanøy, and the book also gave some Førde history. The next owner was also a doctor, Th. Gløersen, who resided at Kirkevollen from 1892 until 1914. For a time the house was rented to the district veterinary surgeon. In 1914 Sigurd Aase, teacher, bought the house, and his son's daughter, Anne Erdal-Aase, also a teacher, today owns the beautiful main house, which in later years has been renovated and put in good condition.

The architectural style suggests that the house at Kirkevollen was built at the end of the 18th or beginning of the 19th century.
Owner: Fylkesarkivet. - Date: 2001. - Photographer: Arild Reppen.
Fylkesarkivet.
2001.
Arild Reppen.