The Iron Age farm in the valley of Kvernhusdalen

There are not many deserted farms left from the Iron Age in the county of Sogn og Fjordane. One of these is Kvernhusdalen in Selje. Measurements, C14 dating and pollen analyses from this place testify that there was a farm there both in the early and the late Iron Age. 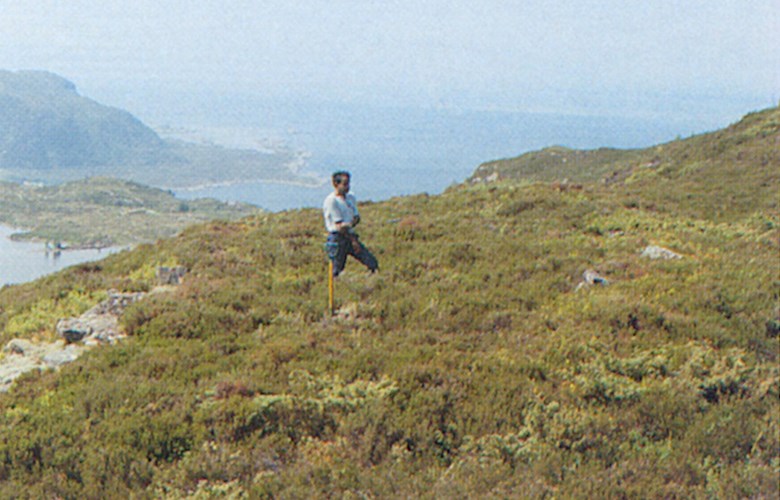 Kvernhusdalen with Stadlandet in the background. The farmstead to the right in the picture.

The farm at the foot of the mountain of Torvaldseggja

With an altitude of 645 metres above sea level, Torvaldseggja is the highest point on the Stad peninsula. At the foot of this mountain, in the outlying fields northeast of the centre of Selje and about 200 metres above sea level, we find the small valley of Kvernhusdalen with three small lakes. In the slope facing south, northeast of the upper lake, there are four sites and remnants of a stone wall. Measurements, C14 dating and pollen analyses show that this had been a farmstead in the period between AD 350 and 975, in other words, from the Roman Age until the end of the Viking Age. 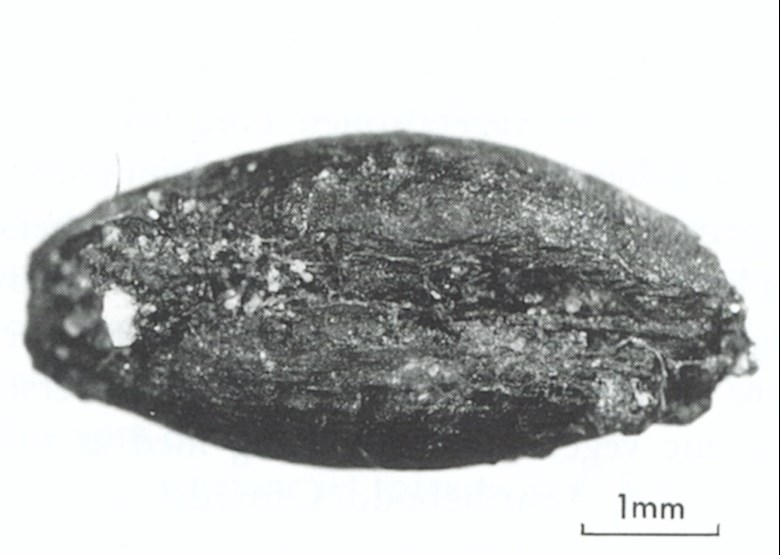 What the sites reveal

The sites in Kvernhusdalen have been studied by experts in periods between 1974 and 1994. The measurements show that the interior floor area in the four houses may have been about 110, 40, 30, and as much as 120 square metres. The two biggest sites indicate that they have been longhouses, and may well have housed both people and cattle. Today the walls have collapsed and are about half a metre high and two metres wide. The stone wall can be traced about 200 metres. In a dating specimen a burned grain of barley was found. Nobody knows whether grain was cultivated on the farm or was brought there from another place. However, regarding the grain of barley found and the few pollen analyses taken from the area, experts write that they provide "glimpses of the activity that has taken place there, thus making it probable that this was a farmstead with all the activities this entailed".
Why the farm was deserted remains an open question, but the time of desertion coincides with the period when many people, mostly from western Norway, crossed the ocean and settled down on the Western Isles. 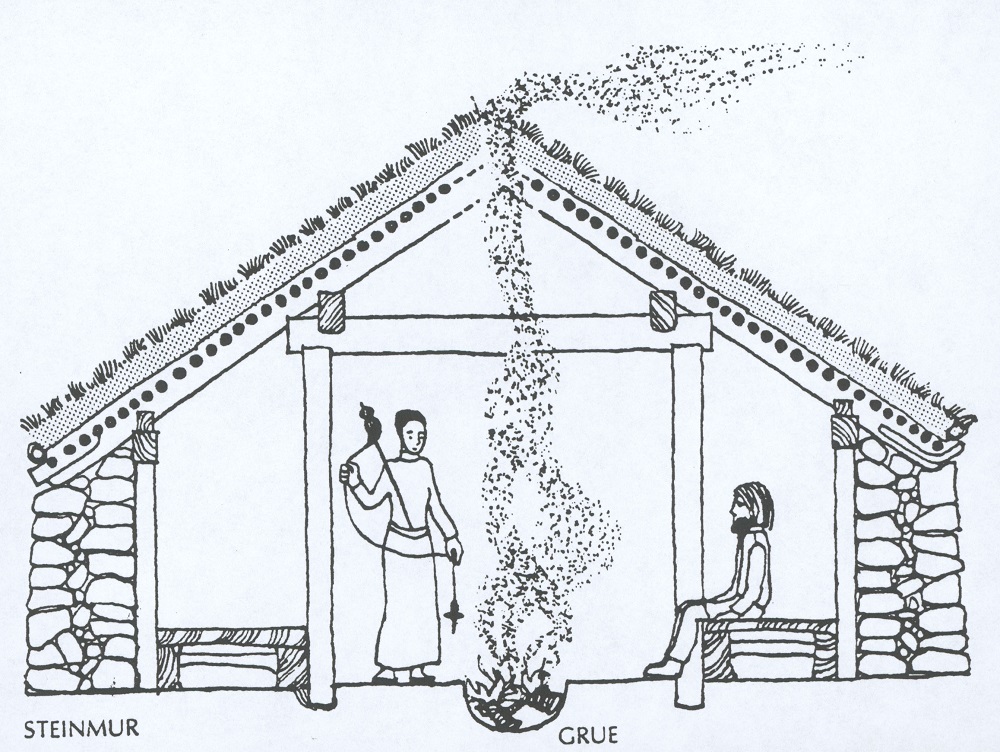 There are no concrete plans of any excavation of the Kvernhusdalen sites. In this way, the cultural heritage site will remain untouched, and any artefacts hidden in the ground will be left in peace.

Cross-section of an Iron Age house as it has been reconstructed at Ullandshaug close to Stavanger. The houses were built in a traditional, so-called 'grindverk' (framework) construction with a protective wall of stone and peat on the outside.
Owner: I <i>J.W. Cappelens Norgeshistorie.</i> Bind 1. - Date: Ukjend.
I <i>J.W. Cappelens Norgeshistorie.</i> Bind 1.
Ukjend.
resources:
Berge, Ragnvald: Ein førhistorisk øydegard i Selje. I Årbok for Nordfjord. 1997.
Bjørgo, Tore og Hjelle, Kari Loe: En forhistorisk ødegård i Selje. I Arkeo. Nr 1 1996.