Johannes Haarklou (1847 - 1925) won for himself a prominent position in Norwegian music in the period 1880 - 1925. He was a composer, a music review writer, an organist, and a conductor. Yet he was overshadowed by his great contemporaries, Grieg, Svendsen, and Sinding. Too many of his works have been forgotten in the archives. 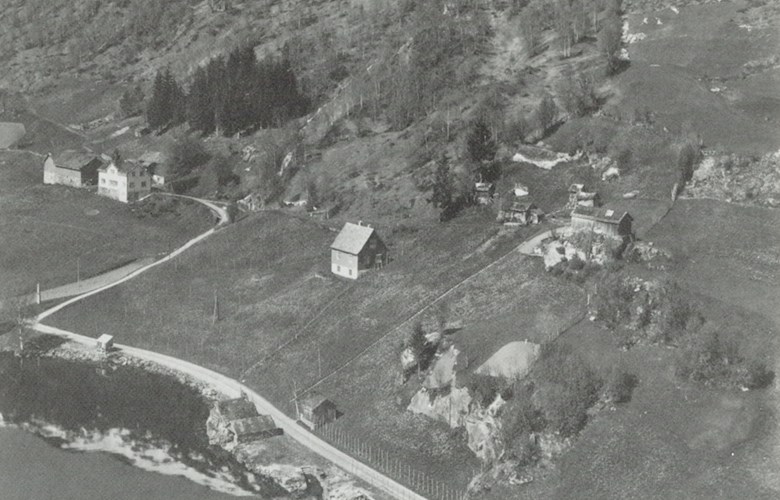 The composer Johannes O. Haarklou grew up at the farm Teigen at Hårklau in Haukedalen. The memorial stone can be seen at the bottom to the left of the crossroads.

Johannes Haarklou was born on 15 May, 1847 on the farm Hårklau in Holsen parish, and died on 26 November, 1925, in Oslo. He was married to Inga Marie Knoph from Langesund. His mother was Orlaug Andersdotter Hårklau (1808-1870). Her second marriage, in 1845, was with Ole Nilsson Dvergsdalen, Jølster (1815-1872). They owned a farm at Hårklau, and Ole Nilsson was a teacher from 1838 to 1872, and a parish clerk in Holsen parish. Hårklau was a rather isolated farm on the lake of Haukedalsvatnet. There was no traffic through Hårklau other than by people from the neighbouring farms farther inland in Haukedalen. 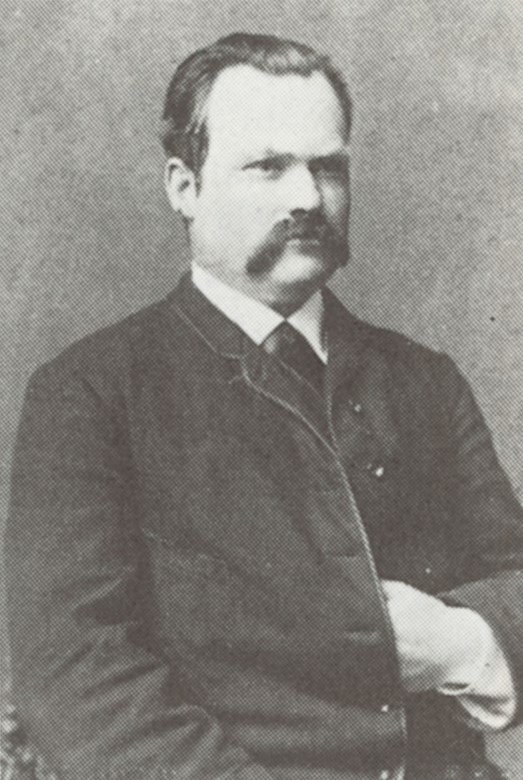 Early interest in song and music

It is said that when Johannes was little and received his first book of songs, it had six pages, he asked his mother to make a pocket in his dress, so he could carry the book with him wherever he went.
The family Haarklou were well off by the standards of the day. Their home became a meeting-point for the community. Several of Johannes Haarklou's uncles on the father's and the mother's side were accomplished fiddle players. They often brought their fiddles and played at Hårklau. It is believed that Johannes began to take an interest in the fiddle when he was around seven.

Johannes Haarklou had been a candidate for confirmation with the vicar Fasting. The vicar found him talented and thought that the father ought to send Johannes Haarklou to a teachers' training school. On 12 August, 1864, Johannes entered Balestrands Lærerskole in Sogn.
After graduating from the teachers' training school at Balestrand (1865), and at Stord (1868), he was a teacher at Eiker and in Drammen, and he also taught some music. In 1873, he decided to give music his full attention. An inheritance from his parents enabled him to go to Leipzig.

He stayed in Leipzig for upwards of two years. Then he was an organist in Drammen one winter, whereupon he went back to Leipzig. After a time in Bergen, he in 1877 received a scholarship and went to Berlin, where he was able to study the organ systematically. The year after he was back in Bergen, before his last study period in Berlin. In 1880, he came to Kristiania, where he settled for good. That same year he gave his first concert in the old Losjen in Oslo. But his work as a composer did not bring sufficient income, so in 1880, he became the organist at the new church at Sagene, later at Gamle Aker Kirke.

Haarklou was a versatile composer. He wrote works for the piano, the organ, the violin, and for orchestra, in addition to romances and songs for different choirs, for example the well-known composition "Varde", with lyrics by Per Sivle. He composed cantatas, symphonies, and five operas. The oratorio "Skapelsen og Mennesket (creation and man)" may be regarded as his greatest work, yet he is best known for his sonatas.
He gave concerts in Norway and abroad, in some cases with financial support from the Storting (Parliament). He taught at the Musikkonservatoriet (music conservatory), and he wrote reviews and music history articles for newspapers and magazines.

On Sunday, 31 July, 1927, the people of Haukedalen unveiled a memorial stone in his honour at his birthplace. At the ceremony around 2000 people were present. The vicar, later bishop, Ragnvald Indrebø gave the unveiling speech. He said that Haarklou was an example that the will power is what counts in what a person can achieve, and that a narrow valley is no obstacle to acquiring knowledge and perspective. The teacher Gustav Gjerland had taken the initiative to have the stone erected. During the ceremony several speeches were given, and singing, by Haukedalen songlag (choir), Førde Songkor (choir), and Jølster Songkor (choir). 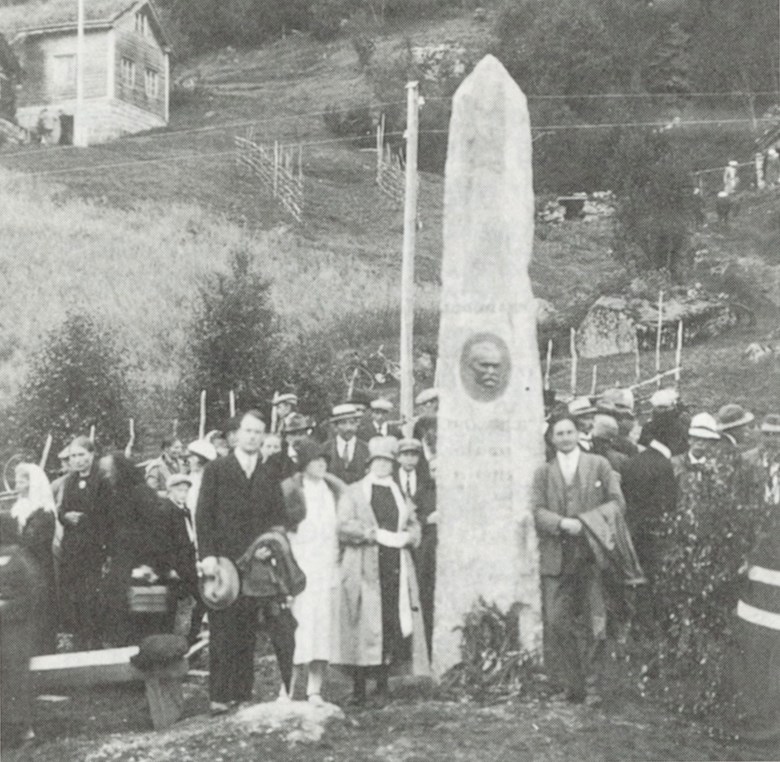