At the Bremanger church at Bremangerlandet there is a memorial stone commemorating those who died in the Second World War from the former municipality of Bremanger. They all served in the fight for the freedom of Norway - one as a pilot, the twelve others as seamen. Many took part in the so-called Shetland Bus operations. The memorial was raised in 1947. 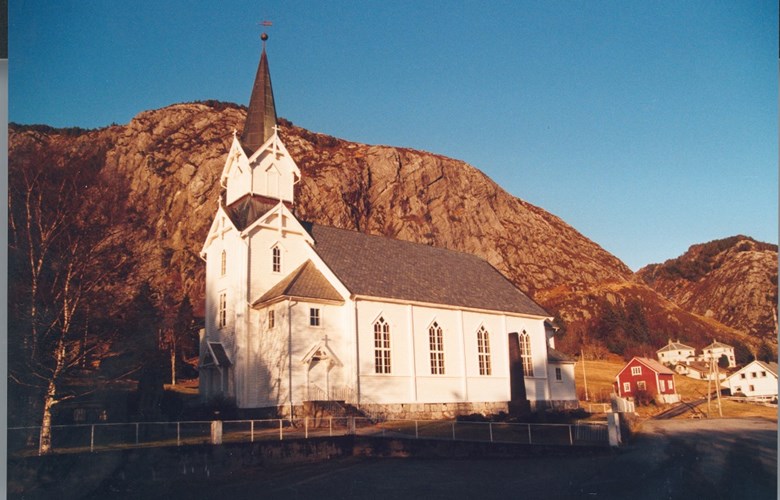 The memorial stone for the fallen seamen from the former municipality of Bremanger is located on the churchyard on the south side of the church.

The memorial stone stands on the south side of the Bremanger church in the churchyard. It is about three metres high, standing on a base in two sections surrounded by a square of stones linked together by chains. The rhymed inscription at the top: (freely translated)

FROM THE COAST OF NORWAY
BRAVING THE DANGER
MANY A BOY
TRAVELLED OUT.
THEY ESCAPED
QUIETLY BY NIGHT.
BUT THESE
NEVER RETURNED.

Then follow 13 names and dates of birth and death. Under the names are written:
- GOD BLESS THEM EVERY * ONE WHEREVER THEY ARE NOW

On the upper base section is written:
IN MEMORY OF THOSE FROM THE BRE*MANGER MUNICIPALITY WHO FELL IN ACTION * FOR NORWAY'S FREEDOM 1940-1945 * ERECTED 1947.

The memorial stone was unveiled on Sunday 5 October 1947. After the church service, people gathered by the flag-draped monument. The bereaved sat closest to the memorial, people who had served with their fallen friends stood together as a group, and five persons from the "Marinekommando Vest" stood guard of honour.

Arne Øverby gave the unveiling speech. Excerpts from his speech:

- Norway, like the old mother, has always had willing sons who were prepared to sacrifice themselves whenever this was demanded of them. This was also the case during the last fight for freedom. The boys who left were not filled with a spirit of adventure, nor did they leave to carry out heroic deeds. The boys showed that when they sang the national anthem, it was more than words; it was love for their mother country and her people that was their driving force. They were loyal to the flag - the purest and most beautiful in the world. The King's motto - All for Norway - was also theirs. No sacrifice was too big, therefore they gave their lives so that we could live on in a free country.

They won back our freedom, but the monument raised here is to urge us to build our freedom further with love. We owe it to those who fell to honour the flag and the King, and when it is once more demanded of us "to protect the country's freedom"

Then the flag fell, followed by a two-minute silence. Afterwards people sang the national hymn, accompanied by Kalvåg Hornmusikk.

Svein Torvanger gave an account of the work of erecting the memorial stone, and handed the monument over to the mayor of the Bremanger municipality. Then a number of wreaths were laid down. 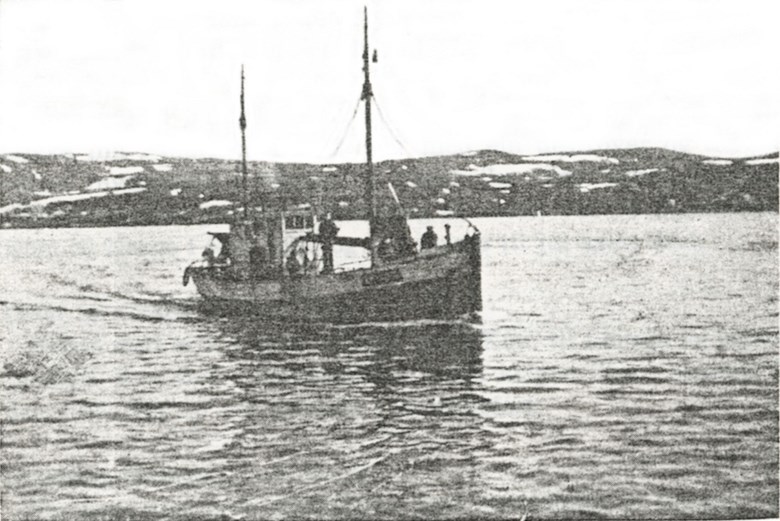 OLSEN, ERLING JULIN, pilot, Bremanger. Born 26 December 1917 in Florø, son of engineer Oskar Julin Olsen, born 1888 in Bergen, and Klara Amanda née Johansen, born 1902 in Florø. Secondary school diploma, flying school at Kjeller. Fled the country in a fishing vessel heading for Shetland early in 1941. Was wounded on 13 August 1941 in action over London, but managed to land the plane, but died a few hours later in hospital because of his wounds.

Note: The inscription on the stone says ERLING OLSON SVELGEN.
Buried on the churchyard at Kjelkenes. Memorial stone raised on his grave on 22 June 1947.

Note: Lived at Høyanger. Is included on a memorial stone at Høyanger for those who died in action.

IGLAND, JOAR O., seaman Bremanger. Born 9 November 1917 at Bremanger, son of Oliver J. Igland, born at Bremanger, and Karoline née Hauge, born 1898. Escaped in a fishing vessel from Bremanger to Shetland during the war and joined the Navy. Took part in the Svalbard raid. Later served in the merchant marine as seaman on MT Kongsgaard, and lost his life when the ship was torpedoed off Curaçao on 21 February 1942.

ARONSEN, ALF, seaman, gunner. Born 22 September 1914 at Bremanger, son of Olaf N. Aronsen, born 1887 at Kvæfjord, and Amanda née Høiness, born 1884 at Bremanger. Before the war worked as fisherman and worker. Took part in the action at Voss. Escaped to Scotland on a fishing vessel in September 1941 and was trained as a gunner. Served as a gunner first on SS Iddefjord, later on SS Selbo. Lost his life when his ship was torpedoed off the north-west coast of Africa on 28 November 1942. Was awarded the War Medal post mortem. 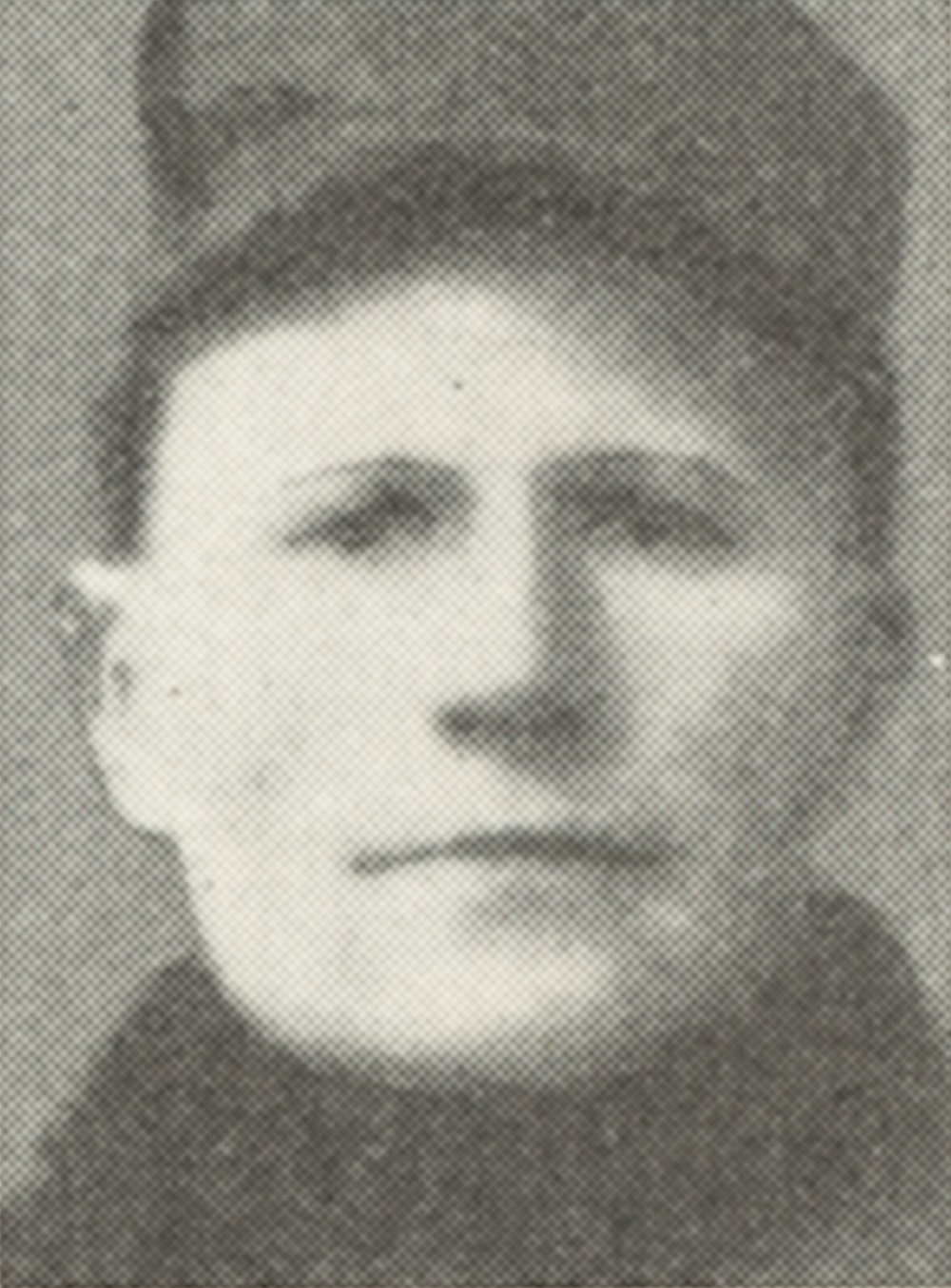 GROTLE, BÅRD OLAV, fisherman, seaman, Bremanger. Born 4 April 1917 at Bremanger, son of Henrik Rasmussen Grotle, born 1883, and Ane Borgarsdatter née Igland, born 1883, both at Bremanger. Escaped to Shetland 1940. Was admitted into the "Kompani Linge" and served in the Navy's special detachment. Had command of the fishing vessel Aksel that operated along the Norwegian coast. Carried out ten crossings of the North Sea, transporting weapons and other equipment to the home front and agents. Lost his life on 6 December when "Aksel" went down on her return crossing from Norway to Shetland. Was awarded the War Cross with Sword and D.S.M.(Distinguished Service Medal)

GROTLE, LEIF HARALD, fisherman and sailor, Bremanger. Born 20 December 1918 at Bremanger, son of Jørgen Andreasson Grotle, born 1884, and Martina Andreasdatter, born 1889, both at Bremanger. Escaped to England in August 1941. Was admitted in the Navy and took various courses. Served as an asdic operator on the naval vessel Bodø from 1941. Lost his life when "Bodø" went down on 4 January 1943 on her return crossing from Norway to Scotland after landing agents in Norway. War Medal with star post mortem.

GROTLE, OLA, petty officer, Bremanger. Born 25 November 1915 at Bremanger, son of Martin Olsen Grotle, born 1886, and Anna Johansdatter, née Varpe, born 1886, both at Bremanger. Continuation school and courses in England in the use of weapons and navigation. Was a fisherman before the war. Fought in Norway in 1940. Escaped to England in December 1940 and was admitted into the "Kompani Linge". Was assigned the command on the MK Igland and made six crossings to Norway with agents and to pick up escapees. Made two crossings with MK Blia and seven crossings with MS Feiøy transporting weapons and other materiel to the home front. During the Måløy raid he was a pilot on an English warship. Was on MS Feiøy when it left Scotland on 7 January 1943 to carry out secret missions in Norway. The boat disappeared en route. War Medal with star. 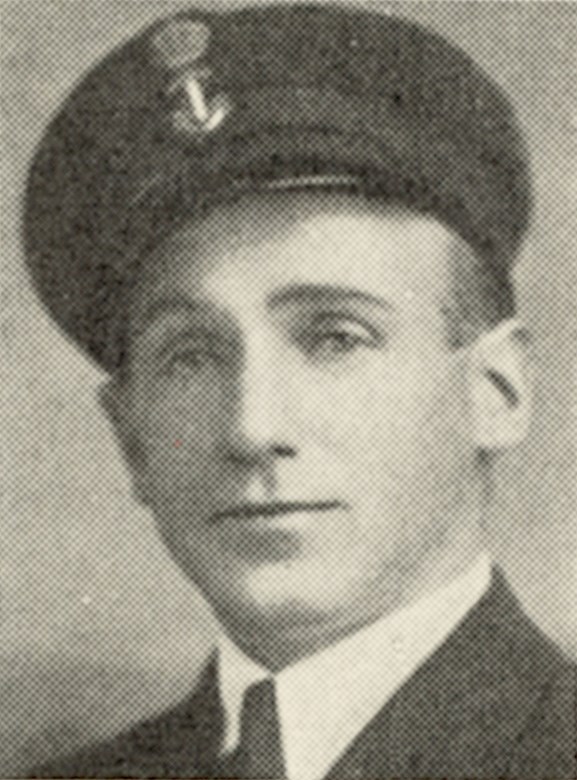 KLUNGRESET, JOHAN KRISTOFFER JØRGENSEN, farm worker and fisherman, Bremanger. Born 1 January 1916 at Bremanger, son of Jørgen Johansen Klungreset, born 1884 at Bremanger, and Kristine Olsdatter née Senneset, born 1889 same place. Escaped to England in September 1941. In the summer of 1942 assigned to the Navy's detachment for special services. Served on MS Feiøy and made many crossings between Scotland and Norway with weapons, materiel and agents. On 7 January 1943, the boat left Scotland but disappeared without a trace. War Medal.

GROTLE, ARNE OSKAR, fisherman and steward, Bremanger. Born 30 March 1922 at Bremanger, son of Karl A. Grotle, born 1878, and wife Agnes, born 1888, both at Bremanger. County school and steward course. Escaped to England in 1941 and joined the Navy. Was steward on the minesweeper Harstad and lost his life when the ship went down in the English Channel on 27 February 1943.

HAUGE, ARTHUR JOHAN, fisherman, Bremanger. Born 20 July 1921 at Bremanger, son of Olaf Torson Hauge, born 1891, and Amanda Andreasdatter, born 1891, both at Bremanger. Escaped to England on MK Stanley in September 1941 and worked for a while as a seaman in the merchant marine. Served from 1942 in the Navy on "Rose", "Sleipner" and "Tunsberg Castle", and later served for a while on land. Fell ill and died in hospital in England on 30 December 1943. Buried on the Grotle churchyard at Bremanger. Haakon VII's 70th Birthday Medal(?).

FRØYEN, DAGFINN, seaman, Bremanger. Born 1 July 1920 at Bremanger, son of Odin B. Frøyen, born 1888 at Bremanger, and Ingeborg, née Engen, born 1886 at Nordfjordeid. Was a fisherman before the war, and later construction worker. Escaped across the North Sea on a fishing vessel. Served in the merchant marine. Was a seaman on SS Balduin until he fell ill. Died on 19 May 1944 in South Shields, England. Buried on the Frøyen churchyard.

(We do not have any picture from the unveiling ceremony. Can anyone help us, please?).

Ola Grotle (1915-1943) fought against the Germans at Valdres. He escaped to England in December 1940 and was admitted into the "Kompani Linge". He was assigned commander of the MK Igland and made six crossings to the Norwegian coast with agents and to pick up escapees. He was also commander on other "Shetland Buses", the last one being MK Feios that disappeared en route from Scotland on 7 January 1943.
Owner: I <i>Våre falne.</i> - Date: Ukjend. - Photographer: Ukjend.
I <i>Våre falne.</i>
Ukjend.
Ukjend.

Many people from Bremanger sailed in allied foreign trade during the war. Alf Aronsen was a gunner on SS Selbo when the ship on 27 November 1942 was ordered from Algiers to Bône (Annaba). The ship was loaded with petroleum cans and was part of a convoy when it was hit by German planes the following day. A torpedo hit the stern and the ship sank shortly afterwards. Eleven men, eight Norwegians and three Brits died. Alf Aronsen was one of the Norwegians who lost their lives.
Owner: I <i>Nortraships flåte.</i> - Date: Ukjend. - Photographer: Fotograf. Ukjend.
I <i>Nortraships flåte.</i>
Ukjend.
Fotograf. Ukjend.