The Dyrdal farm is located down by the fjord on the northwest side of the Nærøyfjord and west of the river Dyrdalselva. The old farmyard lies on a terrace, about 200 metres from the fjord. Down by the sea and around the farmyard there were cultivated fields. On the hillside further up there were hayfields. From the farm the valley goes in a northern and western direction, leading up to a mountain farm area and hunting grounds. 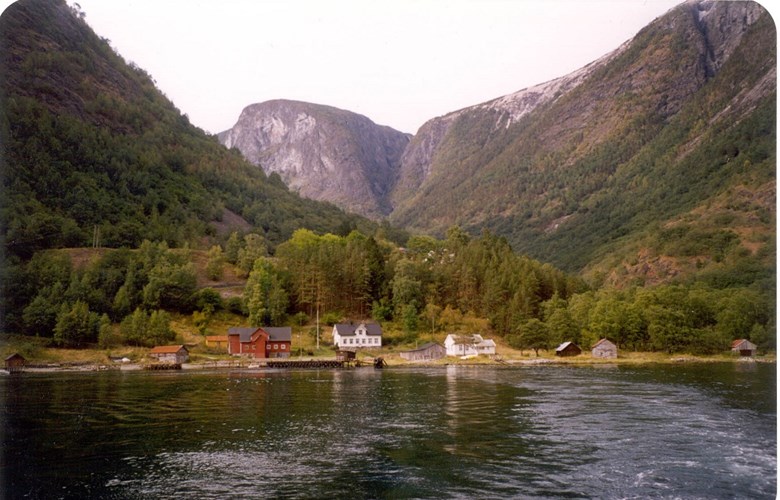 One of the Dyrdal farms is located down by the fjord whereas the others lie on a terrace slightly higher up. The quay can be seen in the centre of the picture, and the white building to the right is the schoolhouse.

With its central location by the fjord, coupled with easy access to the resources in the mountains, Dyrdal is one of the oldest farms in this area, from the time of the birth of Christ or even before. Six kilometres above Dyrdal the Drægo farm is located, and in former times this farm has shared the outfield resources with the Dyrdal farm. As the Drægo farm has a more central location in the area, there is reason to believe that it may be even older than Dyrdal down by the fjord. In the mountains above and to the west of these two farms there are many traces of ancient facilities for trapping reindeer. On the mountain ridge of Handadalseggi there is a long stonewall showing how the hunters have chased reindeer off a high cliff. 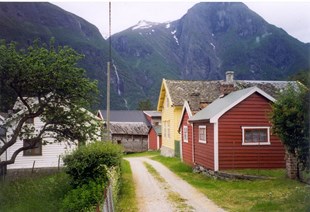 Separation of holdings and population increase

In the High Middle Ages (AD 1000 to 1300) three to four families with 20-30 family members in all may have lived at Dyrdal. After the Black Death 1349/50 one or two families probably lived on the farm. From the mid-17th century until the 1880s there were two holdings - two operational units - on the farm. After that time either holding was split into three holdings, thus making it six holdings in all. In 1845 there were two farmers, 11 crofters, and altogether 71 persons on the farm. The crofters had their farms down by the fjord. They leased some fields from the farmer and they had some animals. They also had to put in some compulsory work for the farmer in the summer months. In 1900 100 people lived on the farm.

In 1723 the harvest was 26 barrels of mixed grains, and they had 20 cows and 30 sheep and goats. The combination of husbandry and cultivation was ideal as the valuable manure was used on the fields. In 1845 the harvest of barley at Dyrdal, on the farms and the crofts, was 54 barrels of barley and 150 barrels of potatoes. They also had 64 cows, 103 sheep and 159 goats. The most important animal product was definitely milk, used for the production of cheese and butter, as well as for making porridge and other dishes. After 1900 the cultivation of barley came to an end, and goats became the most important animal. Up until the termination of the farm operation about 1970, the production of goat cheese was predominant.

In the 1860s about ¾ of the infields were cultivated, mostly to grow grains. In the outlying fields animals grazed in the spring and in the autumn, and the farmers cut hay wherever possible and also dried leaves and branches for fodder. Firewood was also cut in the forest. About 1850, people carried bundles of dried foliage on their backs down the steep hillsides. Later on steel wires were used, some up to 400 metres in length, and these aerial cables made the transportation of hay, foliage and firewood much easier. In mid-June people and animals moved six-seven kilometres up the valley to Hjølmo, and four-five weeks later further on to Vassete, three-four kilometres south of Hjølmo. At the mountain farms the animals were milked, and in former times the milkmaids, housewives or maids made cheese and butter. About 1900 and the next few years the main product was goat cheese. In the early autumn, people and animals moved back to Hjølmo and eventually down to the home farm. By 29 September, they were all supposed to be back at the farm.

After 1900 the population gradually went down and about 1950 only approx. 30 people lived at Dyrdal. In the 1920s a quay was built, which meant that bigger steamers could dock there. This made trading much easier. The farmers joined forces to build a small hydroelectric power station in the river of Dyrdalsleva, a few hundred metres from the farmyard. This was a considerable investment, but the people on the farms could now enjoy the blessing of electric lighting in their houses. In the 1950s a new and relatively good road was built from the fjord and about seven kilometres up the valley to the Drægo farm and even a little further on towards the mountain farms. No road was built to Dyrdal to get the place out of isolation, and about 1970 farming came to an end. 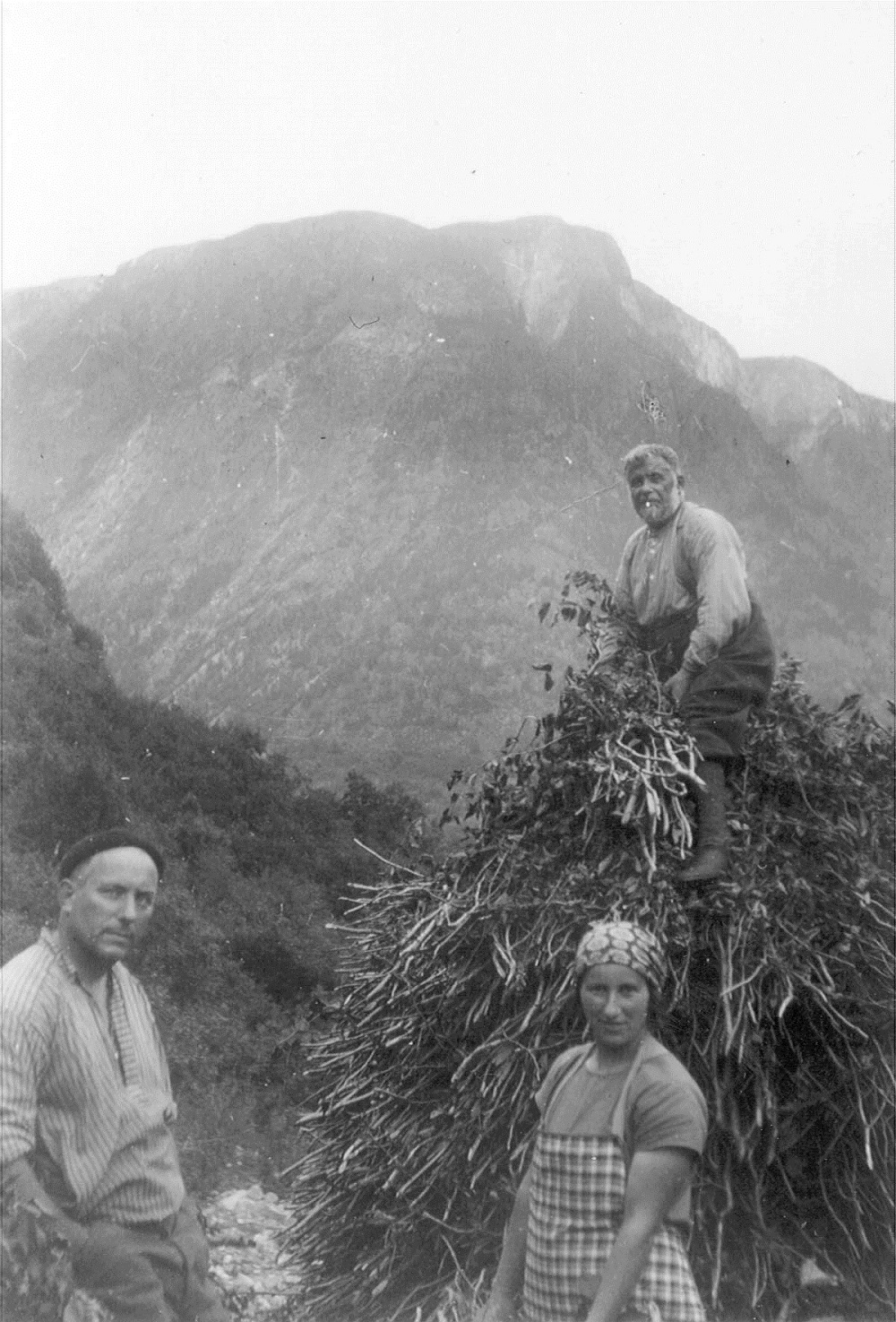