The runic stone at Stedje

About 100 metres to the east of the Stedje church in Sogndal there is a runic stone measuring 1.89 metres in height and 0.39 metres in width. The stone was probably raised here some time in the Middle Ages. 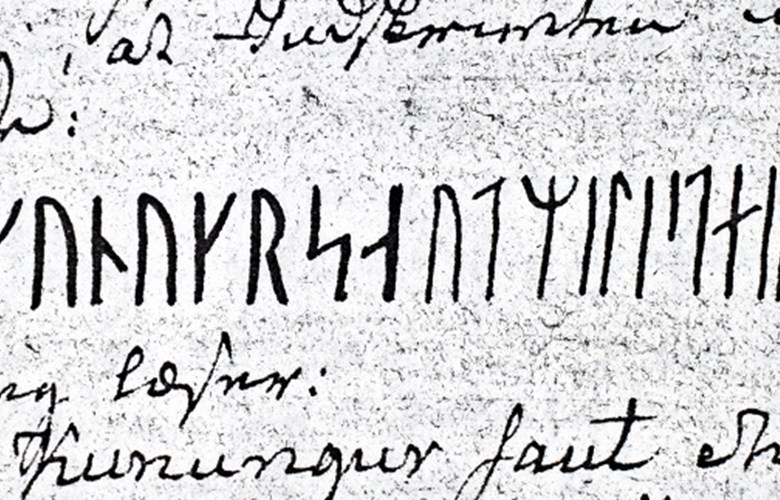 The runic inscription on the stone

There is a runic inscription carved into the stone. The inscription has been interpreted in the following way: King Olav shot between these stones. There has been much speculation as to the meaning of the inscription. Who was this King Olav, when - and why did he shoot? And what happened to the other stone? 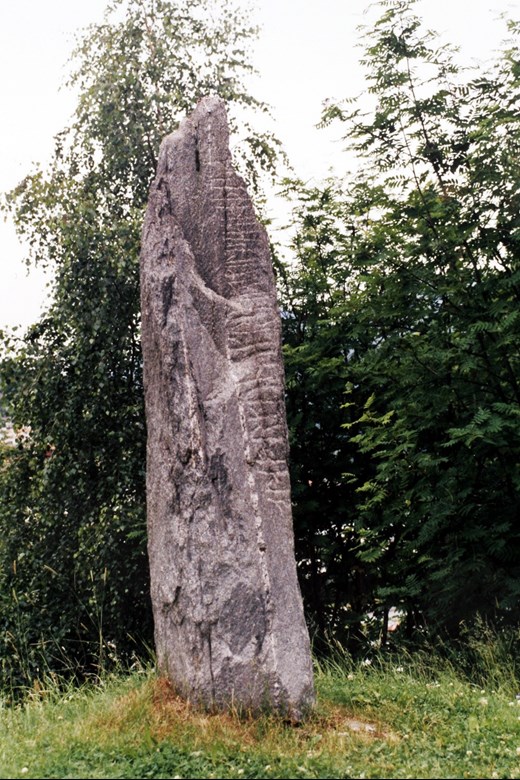 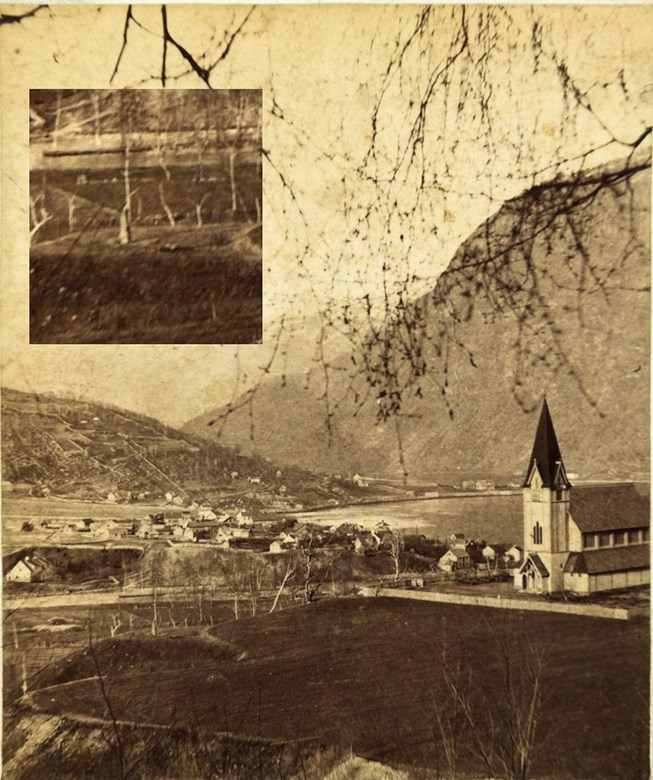 Runologists think that the inscription dates from about 1100. This might fit in well with Olav Kyrre (king 1066-93). Others are of the opinion that it must have been Olav Trygvason (king 995-1000). Snorri Sturluson wrote that he was the best athlete in Norway in all kinds of sports. Still, it is not very likely that he is the king referred to in the inscription. He reigned as king for only five years and there is no reference in the sagas indicating that he paid visits to the villages of Sogn in the course of his reign.
The inscription may also be a tradition that applies to an older king, such as Olaf Haraldsson - St. Olaf - (king 1015-1030). He was the most renowned of the old Norwegian kings, and he is the king with most legends to his name.

Legends from Sogndal indicate that it could have been Olaf Haraldsson who shot between these stones. According to legend, he christened the village. He was standing on a natural terrace in the village, pointing at the site of the first church at that place. Perhaps he singled out the church site by a bow and arrow, and raised the runic stone where he was standing? Another interpretation was that the runic stone could have been a monumental stone from a heathen grave and that the arrow shot would break the heathen power.
Snorri proves that Saint Olaf was in Sogndal. He writes that the king went from one village in Sogn to another on his christening mission throughout the summer of 1023. He built churches and appointed priests.

The runic stone at Stedje has been moved many times. It was once located at 'Nedre Stedje', and for some time it was part of the foundation wall of one of the houses at Stedje. From the mid-19th century it has been left in peace at its original location.
Owner: Historisk Museum i Bergen. - Date: Datering:Kring 1900. - Photographer: O. Espevoll.
Historisk Museum i Bergen.
Datering:Kring 1900.
O. Espevoll.
resources:
Hægstad, Marius: Stedjesteinen. I Heimbygdi vaar Sogndal .Årbok I, s. 26-27, 1927. Sogndal.
Sandal, Per: Ei ny tru-kristendom og kyrkjestyre. I Sogndal bygdebok . Band 1. Bergen 1986.
Olav den heilage i Sogndal. I Heimbygdi vår Sogndal Årbok VIII, s. 196-199, 1940.
Snorre Sturlason: Norges kongesagaer.