At Ausevik by the Høydalsfjord we find one of the biggest rock carving fields in western Norway with more than 350 figures. The motifs are varied, and experts think that the field shows an aspect of the transition between a nomadic and hunting lifestyle and an agricultural society. The Ausevik field is often seen in connection with the bigger field at Vengen in Bremanger. 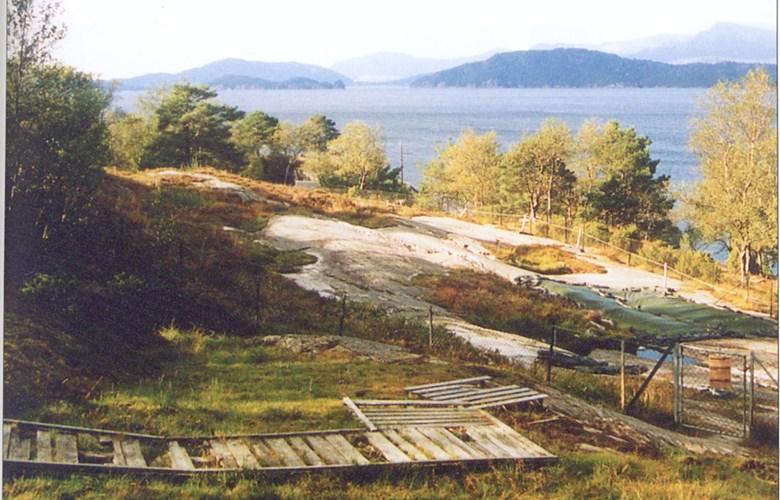 The bay of Ausevika is located in the inner part of the Høydalsfjord. Here we find a rather special rock-carving site, containing not only animal figures such as deer, but also spirals, circles, labyrinths, and other strange figures.

The rock carving field at Ausevik is located on a smooth rock facing the east, containing more than 350 registered and studied single figures. The main motif is deer, found on about 100 figures. In addition, there are a number of figures depicting people, other animals and plants, such as dogs, wolves, fish, birds, and trees. The more than 120 remaining figures have abstract motifs, such as spirals, hollows, concentric circles, line patterns, as well as other geometrical figures. 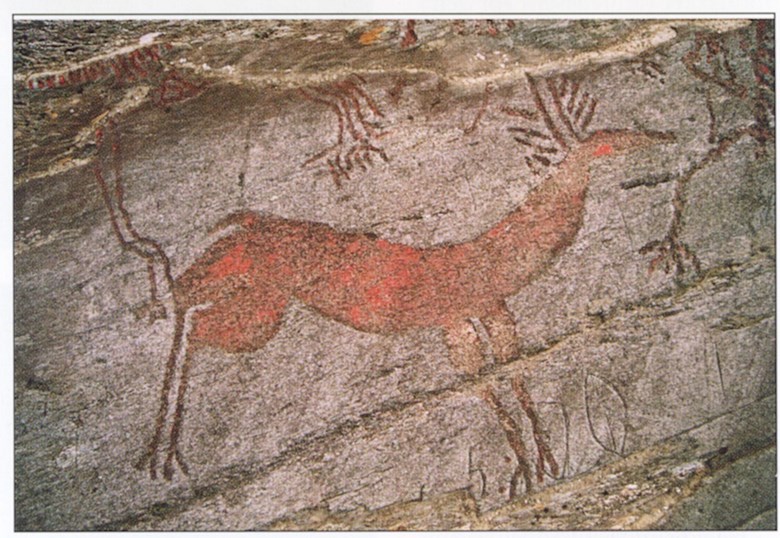 The first person to make a scientific study of the field was Johannes Bøe, an employee at the Bergen Museum. In 1932, he published a treatise on the Vingen field which was reported in the local paper. In this connection, Tor Grønevik from Ausevik wrote a letter to Bøe that "something similar was carved into the rock on a field here". Bøe went to Ausevik in 1934 and carried out a comprehensive study. At that time the field was rather overgrown with vegetation. Bøe found several figures under the turf layer, but the rock was frequently of such a porous quality that there was a danger of damaging the rock carvings if they were uncovered. In the 1950s, he returned to the location, but he found that many of the figures had been damaged in the meantime.

Later the Ausevik field has been studied by a number of archaeologists, and they have often come up with different interpretations. Anders Hagen, who carried out a thorough study between 1963 and 1966, wrote a book on the field. In his opinion, hunting is an important theme in the figures, but he also points out that the extensive use of symbols is an indication of a complex mythology. Egil Bakka underlines the sexual motif, such as figures that may resemble female genitalia and a picture of a possible sexual intercourse with animals. According to Gro Mandt, the field may have been a sacred site and a cult site for the district.

Rock art in a transitional phase

The interpretation of the Ausevik rock carvings is a decisive factor in dating the field. Normally a distinction is made between nomadic/hunting art and agricultural art. Whereas a number of archaeologists look upon the field as pure nomadic art, Anders Hagen and Eva M. Walderhaug think that traces of agricultural culture and hunting culture can be found in the pictures. Hagen dates the field to approx 1800 - 1500 BC, whereas Walderhaug, who sees this field in connection with the Vingen field, is of the opinion that the Ausevik may be even older.

Whereas some experts look upon the site as art created by hunters and nomads, others think that one can see traces of agricultural elements and hunting culture in the pictures as well.
Owner: I <i>Flora - Kulturhistorisk vegvisar.</i> - Date: 1998. - Photographer: Torkjel Djupedal.
I <i>Flora - Kulturhistorisk vegvisar.</i>
1998.
Torkjel Djupedal.

The Flora sweater is designed and knitted by Ågot Pedersen. The colour scheme is grey, white, red, and blue. The front shows motifs of the Kinna church and the Stabben lighthouse, and the motifs of the back side are inspired by the Ausevik rock carvings.
Owner: Floranett. - Date: 2002. - Photographer: Ukjend.
Floranett.
2002.
Ukjend.
resources:
Hagen, Anders: Helleristningar i Noreg. Oslo 1990.
Walderhaug, Eva M.: "Ansiktet er av stein." Ausevik i Flora - en analyse av bergkunst og kontekst. Hovudfagsoppgåve i arkeologi. Universitetet i Bergen 1994.