Firda Billag is the biggest automobile company in the county of Sogn og Fjordane. It is owned by 13 municipalities and has its headquarters in Førde. The company transports daily more than 6100 passengers, inside and outside the county, and has a large and varied goods traffic service. 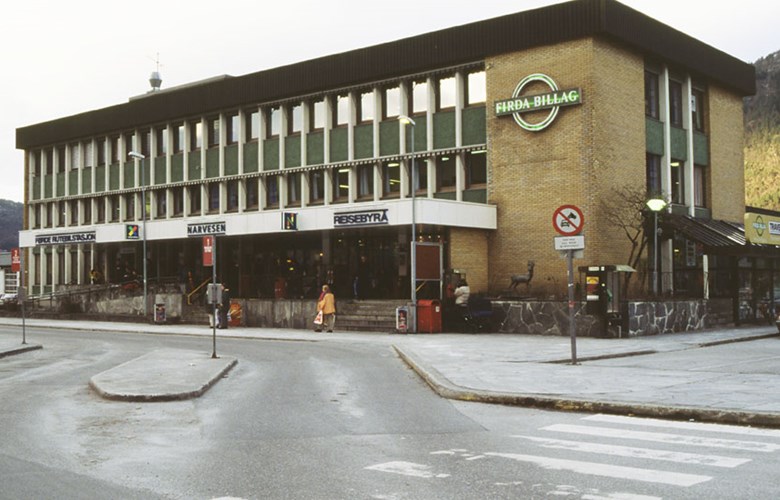 Firda Billag has its headquarters in Førde. It is the biggest automobile company in the county of Sogn og Fjordane, and it is owned by 13 municipalities.

Firda Billag originated from the traffic that grew up along the road between Vadheim and Sandane. This road is the only natural north-south connection in the county without a mountain crossing. It also connected the large inland communities of Breim and Jølster, and it crossed the long valley of Gaular. There was thus a quite sound economic basis for a regular road traffic service when Firda Billag was established in 1920. 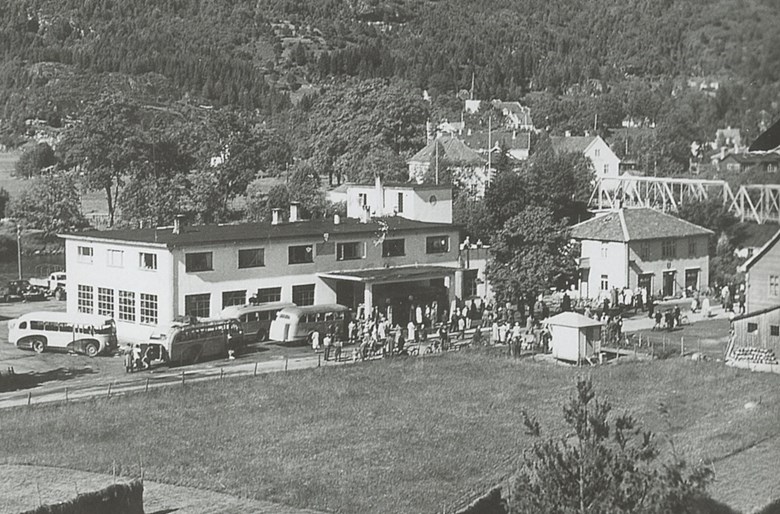 The automobiles were at first private cars, with seven seats. For goods transport lorries were used. Occasionally seats were installed on the back of the lorries, so that they could transport passengers as well. Around 1925, buses were taken into service. Firda Billag bought its first bus in 1933, a 16-seater International, carrying the license plate S-1364. 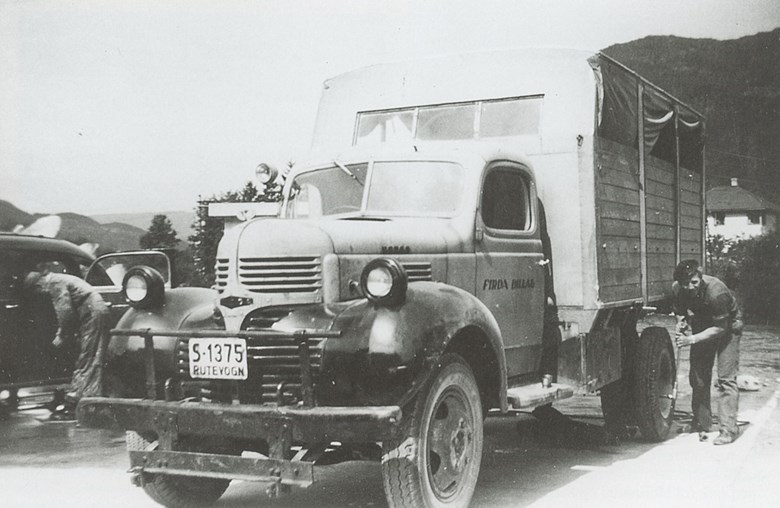 New services were added with the centralization of the dairies, starting around 1950. A comprehensive scheduled pick-up service for milk was developed in the communities until more centralization and tank trucks made this service redundant in the late 1960s. Only in the 1970s were the school bus services developed as new secondary schools were built, and they have since been an important basis for the local scheduled bus services of the company.

A better and more coherent road system made extensions of the service structure possible, for example a stay-in-the-bus service between Førde and Sogndal in 1969, in which Firda Billag cooperated with Sogn Billag. This service was later extended to Gol, and from 1988 to Oslo. At the end of the 1980s, regular services were established toward Bergen and Trondheim, in cooperation with other companies. The night bus service between Førde and Oslo in 1990 was a new service in the long distance operations. Firda Billag has participated in Norway Bussekspress, established in 1987.

Firda Billag has from the beginning been busy in the goods traffic, locally and across county borders. In the early 1950s, a regular goods transport service was established between Førde and Oslo, and later between Bergen and Ålesund. The company joined the transport system of Linjegods. It established Fjordane Reisebyrå (travel agency) in 1966. It has also run the passenger service at Førde Lufthamn (airport) since 1986.

Firda Billag has a decentralized structure, with 64 stations for the drivers. In addition to large quantities of goods, more than 2,231,000 passengers are serviced every year. In 2001, the company had in all 331 vehicles and 386 employees.

Firda Billag bus station in Førde was earlier located on the south side of the river Jølstra. Here the station in 1952 can be seen, and the bridge Langebrua in the background to the right.
Owner: Reiakvam. - Date: 1952. - Photographer: Reiakvam.
Reiakvam.
1952.
Reiakvam.

Goods traffic was and is an important part of the business of Firda Billag. The Dodge, 1945 model, with the license plate S-1375, was in service until 1958. This lorry was in regular service in Naustdal. The driver in the picture is Arnljot Sørebø.
Owner: Firda Sjåførforeining. - Date: 1950-talet. - Photographer: Ukjend.
Firda Sjåførforeining.
1950-talet.
Ukjend.