Both during and after the war fatal accidents happened when people inadvertently stepped on mines. At Osmundvåg, the 18-year-old Ole Dagfinn Eide died on 18 July, 1946. He stepped on a mine at a place that had been cleared of mines and where the area had been declared safe. 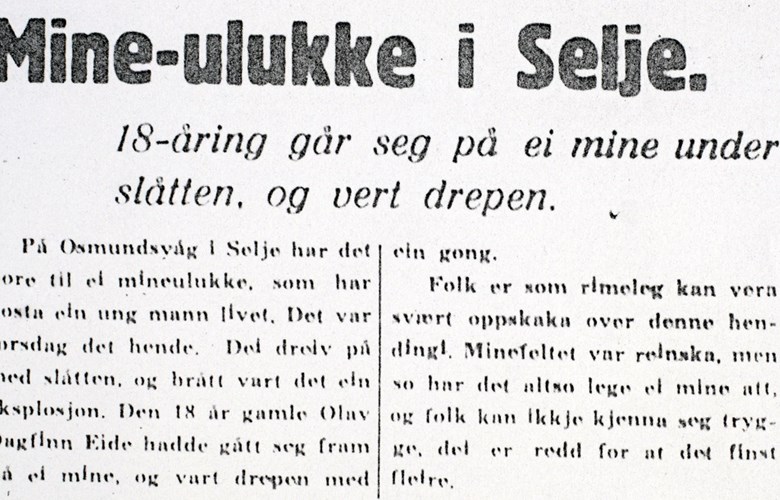 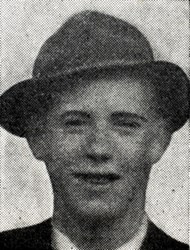 Germans had fortifications at Osmundsvåg, and after the war German POWs were set to clear the mine fields. Even if they failed to find all the mines, the area was declared safe. Any missing mines in mine fields down by the seaside were thought to have been taken by the sea and led out to deep water.

The tragic accident happened in the morning of Thursday 18 July, 1946. Hans Eide and his son Ole were busy haymaking. While his father went into the barn for a moment, a terrible bang could be heard and the houses nearest the accident shook. People feared the worst. What had happened? Was anybody hurt?

Ole was killed instantly. He had stepped on a mine when he was cutting the hay beside a small tuft of grass.

Ole Eide was buried on 20 July on the graveyeard at Selje church. The gravestone has the following inscription: 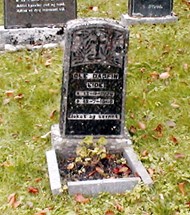