The painter Anders Askevold (1834-1900) is best known for his animal motifs. "A specialist of high rank in the painting of animals", is the characterization of him in the standard work Norsk Kunsthistorie (history of Norwegian art), which was published in 1927. In 1934, a memorial for him was unveiled at Korseberget in Askvoll. 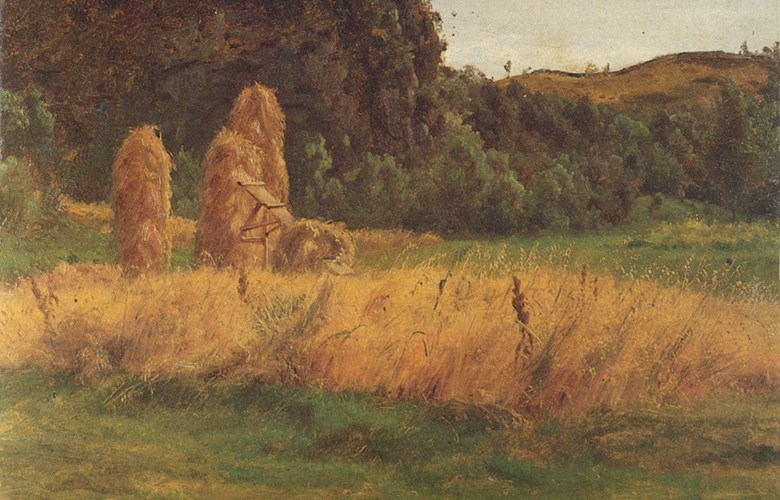 Anders Askevold is liked best for his pictures of animals, but he also painted good landscape pictures and pictures of people and buildings. The painting Korn på staur (sheaves on a pole) is from 1857.

Askevold was a student with the landscape painters H. L. Reusch, J. C. Dahl, and H. F. Gude, and he lived most of his life in Düsseldorf. His works are exhibited at Nasjonalgalleriet (The National Gallery), Bergens Billedgalleri (picture gallery), and Trondheims Kunstforening (art association). However, so far Sogn og Fjordane Kunstmuseum (county art museum) owns not a single Askevold painting.
Anders Askevold died on 22 October 1900 and is buried in Düsseldorf. 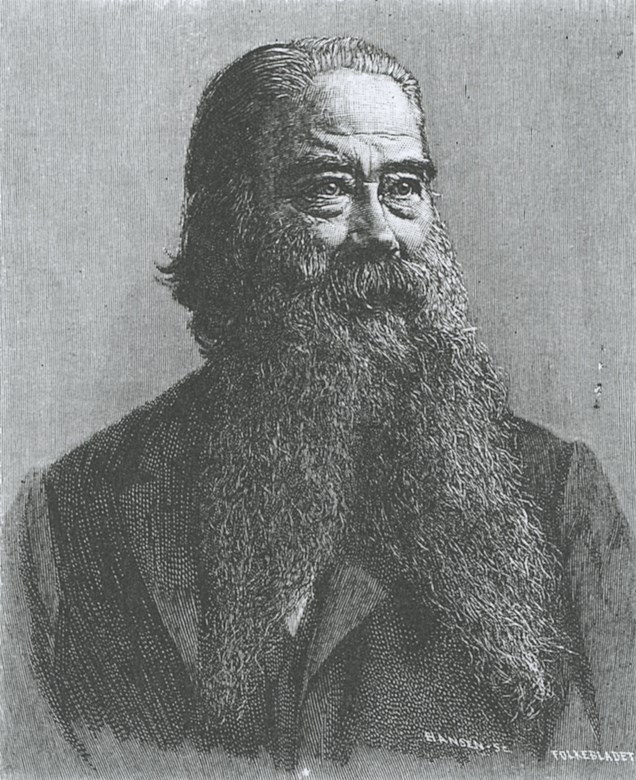 The Anders Askevold memorial stands clearly visible from the main road at Korseberget, a short distance to the west of the church. It is made of a stone rock about 2 1/2 metres high, with a facial relief and an inscription. The foundation is a square base of around 100 centimetres by 100 centimetres, with stone paved, sloping sides down to the rock. The memorial stone is surrounded by four square corner stones with chains between them. 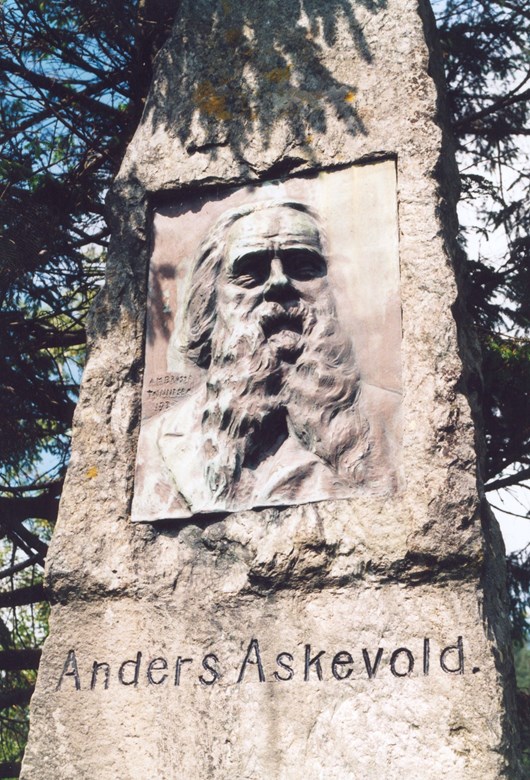 On a polished rectangular part across the stone is written: ANDERS ASKEVOLD * 1834 - 1900

The relief of 43 centimetres by 56 centimetres in cast bronze is made by the artist Ambrosia Tønnesen from Bergen.

"a marker by the roadside"

The people who had the memorial erected in 1934 wanted it to stand at a place where it was clearly visible from where people travelled. Korseberget near the church and the main road to the steamship stop and the shops, served this purpose well. Abraham Strømmen explained in his unveiling speech why the stone was erected, and why at Korseberget:

- It has been said on similar occasions that the stones speak. - Indeed, the stones do speak. And this stone shall remind us and future generations of Anders Askevold's life and work and his art. But this stone has been erected not only to honour and preserve the memory of Askevold. It shall also be a marker on this roadside, - a marker which we as well as our descendants will want to visit and look up to.

A committee was appointed to work for the memorial. There are no filed documents of any kind after its work, but a note in the newspaper Firda on 1 September 1934 gives evidence of conscientious efforts. For example, the committee asked the municipal council to give its opinion on the location of the memorial, it seems, after the committee had made a recommendation. The municipal council favoured Korseberget, and the chairman of the committee, J. Askevold, was authorized to sign the legal title document for the location on behalf of the municipality.

Party to raise money for the memorial

Another newspaper note gives information about the money-raising. Firda Folkeblad (newspaper) in the autumn of 1934 ran a story about a party in the municipal administration building at Askvoll to raise money for the planned memorial. Different things were raffled, among them a painting by Mrs. Bolette Karsten (Askevold's daughter), and a portrait painting by a local artist, Haugen at Stongfjorden. The headmaster Engja gave a lecture on Norwegian cultural achievements in the arts, and the actor Abraham Strømmen read some short pieces written by the painter Askevold. Askvoll male choir entertained, conducted by Peter Ringstad.

The memorial stone was unveiled on Christmas Day 1934, a hundred years after Askevold's birth. Around 7-800 people were present. Abraham Strømmen, librarian at Askvoll, gave the unveiling speech. Askvoll male choir sang, and in the church the vicar Søvde gave a beautiful memorial speech referring to the altarpiece which Anders Askevold painted in 1859. 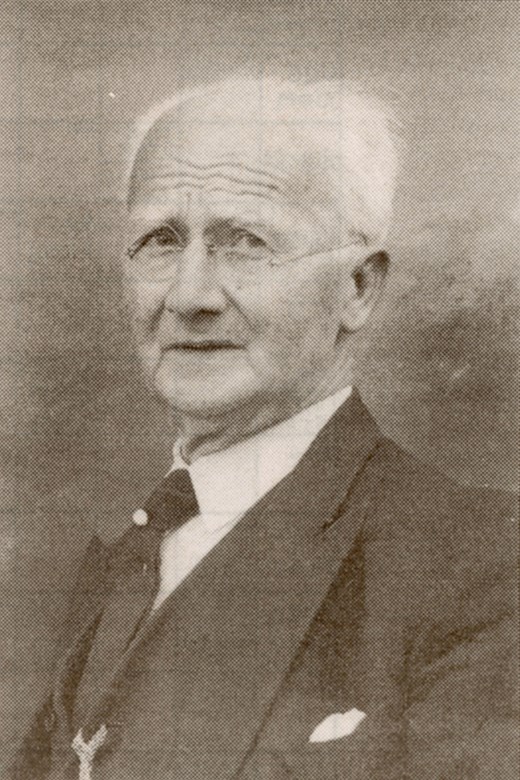 A short time before Christmas in the war year 1944, Theodor Askvold and a few others talked about decorating the Askevold stone with spruce sprigs and the Norwegian flag. Such an undertaking was risky at this time. There were a lot of Germans at Askvoll, and the use of the flag was forbidden for most people. A small provocation would lead to a reaction.

Suggestion to move the memorial turned down in 1999

In 1999, the question of moving the Askevold stone was raised. The mayor suggested that the memorial would come into its own better in Prestegardshagen (vicarage garden), planned as the millennium site for Askvoll. The idea was promptly turned down by Kjell Ask, member of Askvoll Sogenemnd (history society). His view was that the original location should be considered a part of the monument.

It was not moved, so the debate became a confirmation that the Anders Askevold memorial stone will stay at Korseberget.