The Svanøy school is located in the centre of the island. There are two buildings, the old school from 1874, and a new, modern building from 1982, with an addition from 1991. The school is a meeting-place for everybody on the island, children aged 1 to 13, as well as grown-ups. 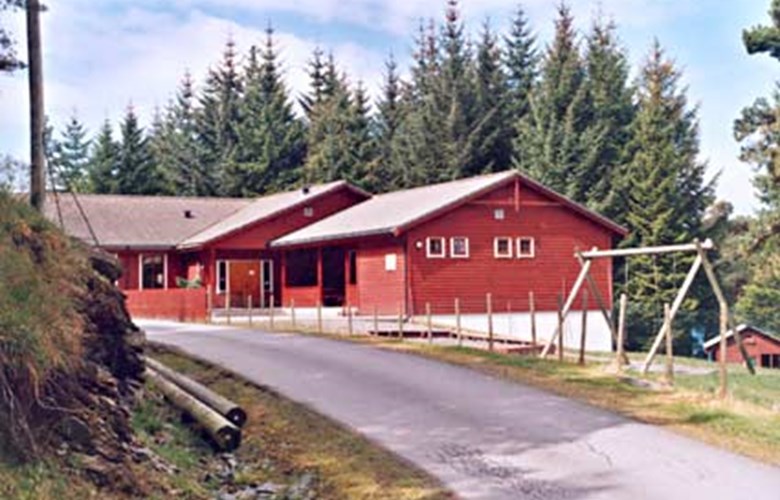 School facilities located 'miles' away from other houses, is a good example of what often used to be the case before public transportation of pupils became a common occurrence about 1960. Distances between the farms in the school district farthest away from each other were measured, and the school was built in the middle.

Everything in one place

The kindergarten in school, arrangement whereby kindergarten children and school children stay on the same premises, asoneunit under the same administration, they have had on the island of Svanøy since the 1970s. Svanøy and Askrova were the first two places in the country to try out this arrangement. The pilot project turned out to be a success, and by and by this arrangement has become more and more common in smaller school districts.

A municipal report on the school in 1895

We now go back some 100 years in time. The School Act of 6 June 1889 stated that municipalities had to send in reports about the educational situation every five years. Things to be reported included the number of pupils, school buildings and educational material. In the report from the Kinn municipality we can read the following on the Svanøy school::

"Svanø School Building" built in 1874, had one classroom that could accommodate 35 pupils. The number of pupils varied throughout the five-year period from 16 to 20, divided into two levels, "upper" and "lower"
All the schools in the municipality were equipped with commonly used wall maps, wall charts, abacus and blackboard.

It is far from usual that a school district builds its own school. Normally this is a task for the municipal authorities. Strangely enough, it seems as if the first school at Svanøy was also built privately. In the 19th century, this was even more unusual.
According to the five-year report 1891-1985 referred to above, there were in 1895 24 school districts in the municipality of Kinn. Twelve school districts had school buildings, and one of these is referred to as "private property" - the schoolhouse at Svanøy !

A lesson in Norwegian at Svanøy school 2004. The Swiss pedagogue Pestalozzi (1746-1827) said: "Better with flowers and leaves in the classroom than a bloody birch twig". At the Svanøy school, they seem to have achieved much in this respect.
Owner: Fylkesarkivet i Sogn og Fjordane. - Date: 2004. - Photographer: Hermund Kleppa.
Fylkesarkivet i Sogn og Fjordane.
2004.
Hermund Kleppa.