Sunnfjord Museum is located at Movika, east of the centre of Førde. The buildings in the open air museum show periods in building style back to the 16th century. In the main building there are permanent and alternating exhibitions. 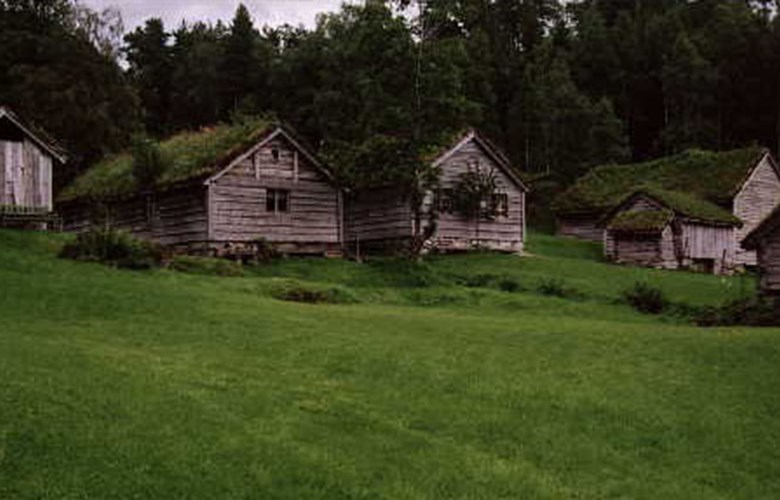 The main part of the open air museum is built as a typical two-divided common farmyard from around 1850. In addition to the houses it has been important to recreate a typical landscape.

Sunnfjord Sogelag (history association) was founded at a midsummer celebration at Naustdal in 1910. One of the main objectives of the association was to establish a museum for the communities in the Sunnfjord district. In retrospect, we can see that the numerous folk museums which grew up all over the country at this time were important for the nation building which took place in this country after 1905.
In 1926, the first house was installed on the museum premises on the north bank of the river Jølstra in Førde, and the museum was opened in a public celebration with close to 1500 participants. This first house, an old cottage from Innsteinstad in Jølster, was the only house put up for the opening in 1926, but only after a year, the shed from Rørvik in Førde and the storage house from Myklebust in Jølster were in place. Later a sea warehouse from Batalden was added, and these houses constituted the museum for the time when it was located in the centre of Førde. 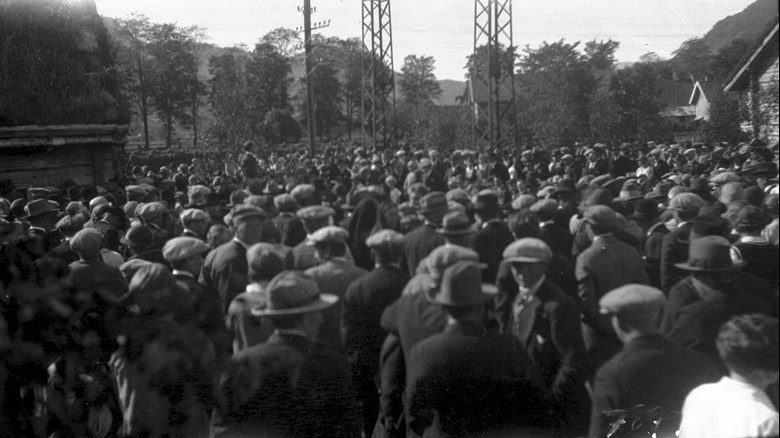 The principal of Sunnfjord Ungdomsskule, Otto Huseklepp, took a keen interest in history, and he was the pioneer in collecting old objects for the museum. For the opening ceremony in 1926 he had collected around 500 objects. This work was later taken over by Nils Husetuft, a farmer from Holsen in Førde who was also interested in history. Since Huseklepp had collected mainly in his home community in Gaular, Husetuft searched in the other parts of the Sunnfjord district. The collections of objects which Huseklepp and Husetuft left, have formed the basis for the collections at Sunnfjord Museum up to our time.

As time went by, the area at Skorpa in Førde became too small, and on Olsokdag (29 July), 1951, the new site at the cotter's farm Movika was opened, where the museum has been ever since. During the next decade many houses were added, and in 1978, the museum was able to hire its own curator. At this time the plans for a fireproof office and exhibitions building were realized, and later on a workshop with more storage room was built. In this way Sunnfjord Museum today is a modern museum where most purposes and functions of a museum can be attended to. 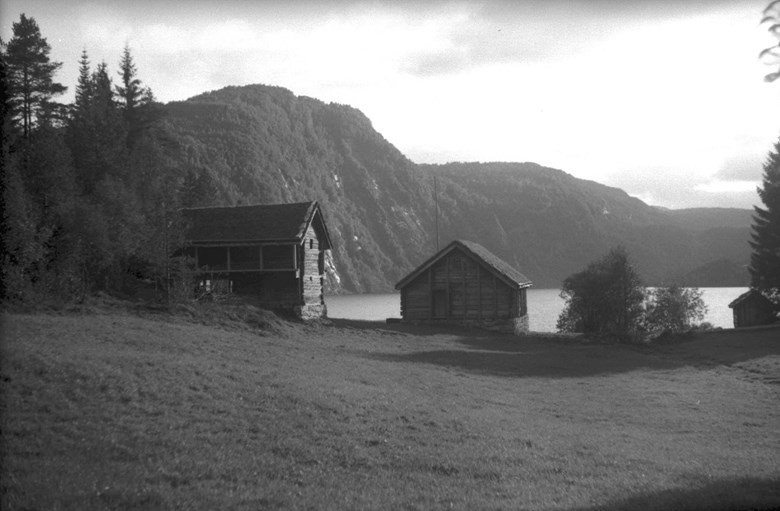 The collections of the museum number around 8000 objects and 40 antique buildings. Almost the whole catalogue of objects has been digitalized, and parts of it have been published at Kulturnett Sogn og Fjordane. 26 of the houses are installed on the museum site, nine are stored, and five houses which belong to the museum have not yet been moved. The stored houses are in the process of being installed one after the other.
The museum has a large collection of old pictures, around 20,000 in all. The major part of this photo catalogue has also been digitalized.

Sunnfjord Museum has over the years given priority and attached much importance to good educational programs for the primary schools. And the schools which have participated have reported that the museum has succeeded. Since the early 1990s, the museum has offered two curricula each year, one in the spring and one in the autumn, and the schools in Sunnfjord have been invited to spend a day at the museum. The subjects have varied with the time of year, how they have fitted in with exhibitions and other activities at the museum, and with the resources that the museum has had at its disposal. Subjects have for example been traditional utilization of milk and potatoes, grain from field to bakery, arts, crafts, and trades, utilization of the birch, play and leisure, at home in former times, and houses and building styles. 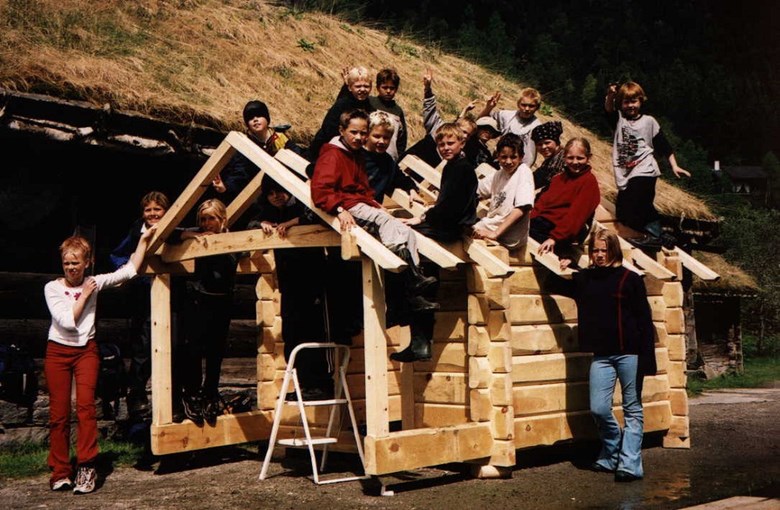