In 1848, the first family emigrated from Solund. Up to 1924, some 200 persons from Solund had found a new home in the USA, and most of them settled in the Mid-West. 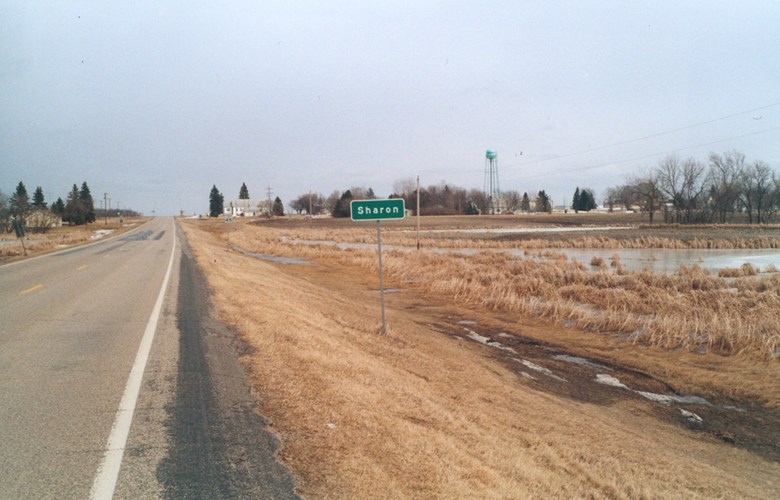 Sharon, a small prairie town in North Dakota, became the first stop for many Solund immigrants in the Mid-West. The first people from Solund who settled there, received many new immigrants from their home community and took them into service before they went on, to buy their own farms or find other work.

During the first emigration period, there were not many from Solund. Up to 1880, some 30 persons only had gone from Solund to the USA. At first the majority was families, parents with small children or newly-weds without children. Persons starting out on the long journey alone were the exceptions. Later this changed. After 1880, it was almost without exception young, unmarried persons who set out on the voyage across the ocean. From around this time onwards, the number of emigrants rose year by year, until the emigration peaked in the first decade of the 20th century. Then more than 60 persons from Solund left their homeland.

Economic causes of the migration

The population of Solund rose by leaps and bounds in the 19th century, and the home community was unable to offer a decent living to the large families with many children. Emigration was the only way to secure reasonable living conditions, for those who left and for those who stayed behind. Many emigrants cited exactly "prospect of better earnings" as their reason for emigrating. Some of those who emigrated, did so in stages. They first looked for work in Bergen, then after some time there, they went on to America. Toward the turn of the century, many emigrants received money or tickets (pre-paid tickets) from America, and many joined relatives over there.

Most emigrants were men

The average age of the emigrants was probably between 20 and 25. The men were in majority. To begin with, three times as many men as women went, but the number of women rose with time. Most of the emigrants were the sons, and gradually the daughters, of farmers or cotters. Usually it was not the oldest child in the family who left, and there are no examples of Solund people selling their land in order to go to America. Many families had no emigrants at all, while "the America fever" in other families became a frenzy, resulting in many brothers and sisters settling in America.

Mid-West destination of many

Letters from emigrants undoubtedly encouraged many young people to decide to leave. The first emigration protocols give no information about the destinations of the emigrants. Yet it is known that most of them then, and later, settled in the Mid-West, in the states of Minnesota and North and South Dakota in particular. A surprisingly high number became farmers. From the time when the protocols give information about the occupations they wanted, farm work tops the list for the men, and service or housework have undisputed top places for the women. Only a few of the emigrants ever returned to Norway. With the First World War, the emigration ebbed. 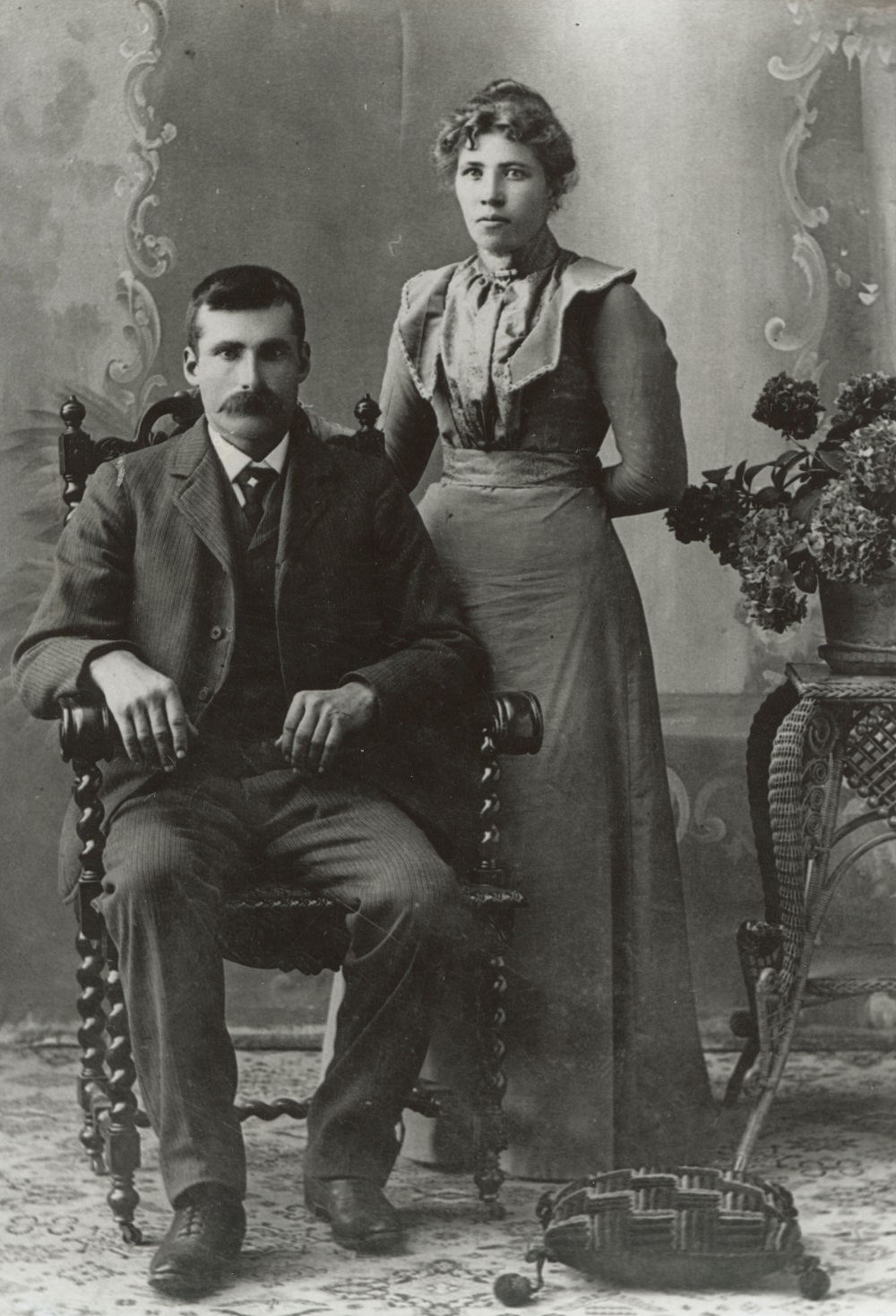 Bernt Gunnarson Strand arrived in Sharon in 1891. He was in the company of five young people from Solund who emigrated together. At least two of them settled in Sharon. The picture, taken around 1905, shows Bernt and his four children in front of the first barn he had built. The windmill and some of his cattle can also be seen. Bernt's farm was some 300 acres, most of it cultivated fields.
Owner: Alf Strand. - Date: Kring 1905. - Photographer: Ukjend.
Alf Strand.
Kring 1905.
Ukjend.

Johannes Gunnarson Strand was a sailor who left ship and went on to Sharon, North Dakota in 1893, after he had received a letter from his brother telling him that it was possible to have his own farm there. Johannes became a farmer and his brother's neighbour. In 1897, his mother and his sister came across from Norway. His sister Gjertine married another immigrant from Solund, Knut Eilund, and settled near Sharon. The picture shows Johannes and his wife Karen Halsebø from Harstad.
Owner: Alf Strand. - Date: Kring 1900. - Photographer: Ukjend.
Alf Strand.
Kring 1900.
Ukjend.
resources:
Synnevåg, Svein: Sulingar i vesterveg. I Årbok for Sogn. 1994.
Lien, Odd Jan og Strand, Alf: Solund i fortid og notid. Bergen 1981.
Steinsøy, Alf: Bygdebok for Solund. Bergen 1982.