The runic stone at Barmen

On the island of Barmen there is rune stone ¿south along the shore". The runes date from the elder futhark alphabet with 24 signs. The inscription has been dated to the period AD 400 - 450. The rune expert Magnus Olsen has interpreted the inscription in the following way: I, Terbe¿s son carved the ear. Dr. philos Kjell Aarthun, holder of a state scholarship in oriental languages, has a completely different interpretation. 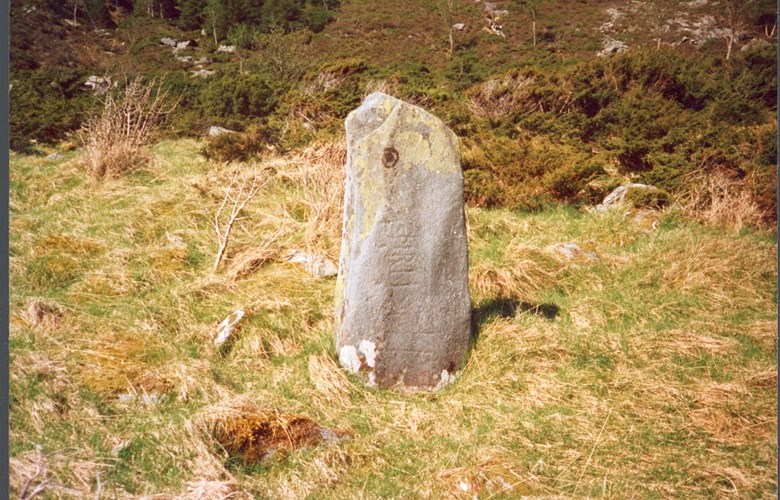 The runic stone "south along the shore" on the island of Barmen. It is located between Korsneset and the shore out towards Røyset, only 20-30 metres from the road.

"The runic stone south along the shore" as the people of Barmen call the stone is one of the oldest runic stones in the county. Experts use the more official form the Barmen stone. It is located between Korsneset and the shore, about 20 metres above the road. The stone is about 1.5 metres high, with a width of about half a metre. In the local history book for the municipalities of Selje and Vågsøy published in 1957, the place is referred to as Kortevarden, but this is a name people at Barmen are not familiar with today.

The elder runic alphabet contains 24 signs and is called the FUTHARK ("TH" is one sign) after the first six signs in the alphabet. A number of signs on the Barmen stone are hardly legible. The inscription is probably EK ÞIRBJAR R followed by a round figure. 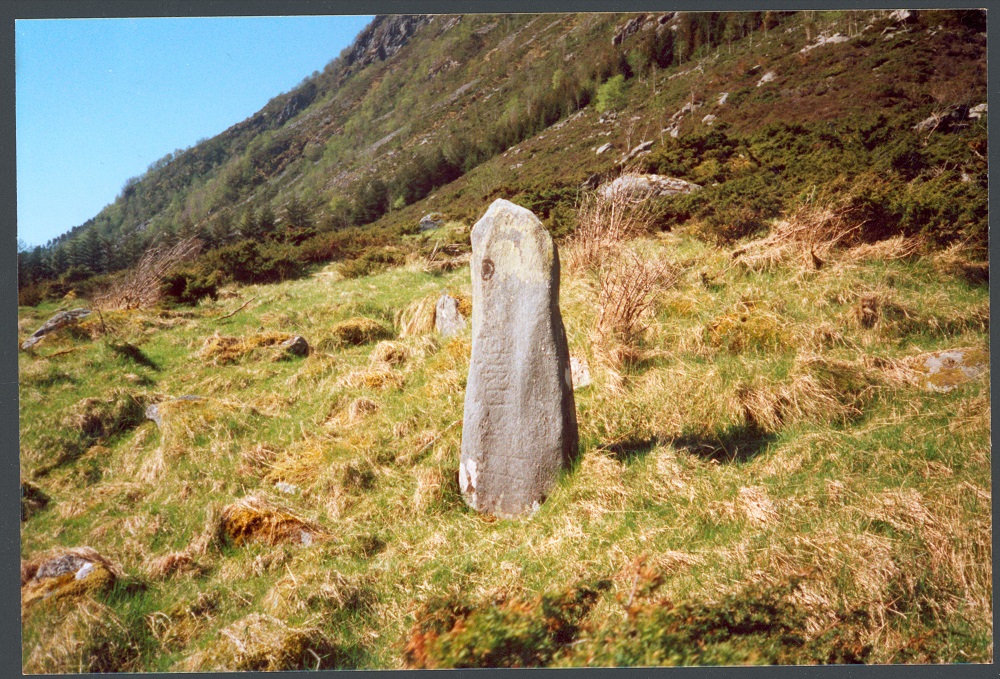 Kjell Aarthun completely disagrees with Olsen. In the first place, he thinks the inscription is much older. It must have been made some time in the Bronze Age (1500 - 500 BC) and has nothing to do with sheep.

Aarthun links the signs and the content to an oriental/Semitic culture originating on the island of Crete 1600-1700 BC. There are "thousands" of similar cultural monuments from the Orient all the way up to the Kola Peninsula in Russia. They are made by people who built trading colonies along this way and further down south along the Norwegian coastline, even across the ocean to Iceland.
In Aarthun's opinion, Barmen was a trading post where people could settle down for months.

A characteristic feature of the Semitic cult language was the rich vocabulary, with a variation of words and expressions with almost synonymous words. It has been created, formed and varied by the oriental/Semitic fertility/sexuality cult. It is only within this framework that we can understand the language. A central element is always the male or female "partner", his, her or their situation, action(s) or destiny, and finally, the intended ritual purpose: creating the foundation of new life.

The content of the Barmen inscription points towards the final phase or the climax. It is an invitation or request to the "partner" to carry out the sexual act:

- you who are filled with desire - sound and strong - truly - unite with - the one covered with foam -; you who penetrate - the one filled with sexual desire -

Elmer H. Antonsen, retired professor of Germanic languages, Urbana-Champaign University in Illinois, USA, rejects Aarthun's theories as pure fantasies without the slightest scientific foundation. The Barmen stone is in no way unusual in terms of its content, the shape of the runes or the language the text is written in, and the inscription can with certainty be dated to about AD 200 - 450.