The vicarage at Selje has long-established traditions dating back to the Middle Ages, with the first written reference about 1350. The old name of the farm was Hove. 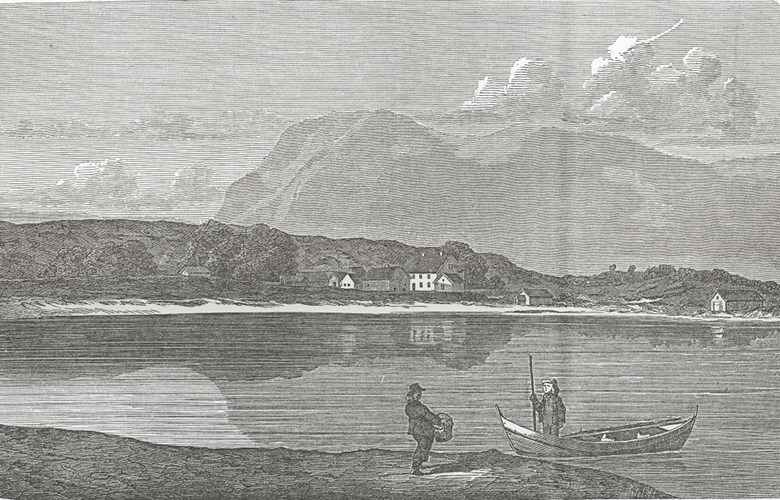 Hove has been a vicarage at Selje since the Reformation (1536).

In Catholic times the priest lived on the farm Bø on the island of Selja, but since the Reformation (1537), Hove has been the site of the vicarage. The main house was built by the general public in 1782-1784. It is a cog-joint timber building in two storeys with an external, horizontal panelling. The house has a saddle roof with a small roof protrusion. The ground floor contains four living rooms, office and kitchen; the first floor has seven bedrooms. The house was originally painted in red with a turfed roof and leaded windows. In 1840, big-paned windows were installed and the roof was tiled. At the same time the house was painted white. In 1939, the house was redecorated and modernized under the surveillance of a curator from the Directorate for Cultural Heritage. A basement was dug out under the whole house. During this work, remnants of older houses and traces of extensions were uncovered. 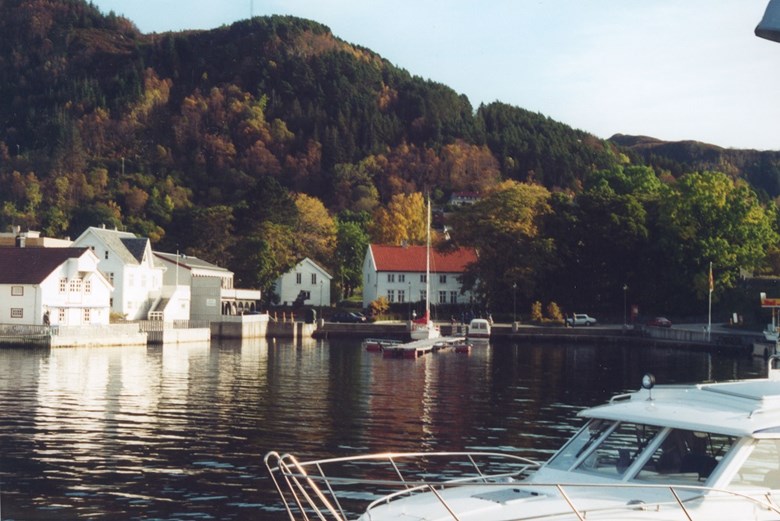 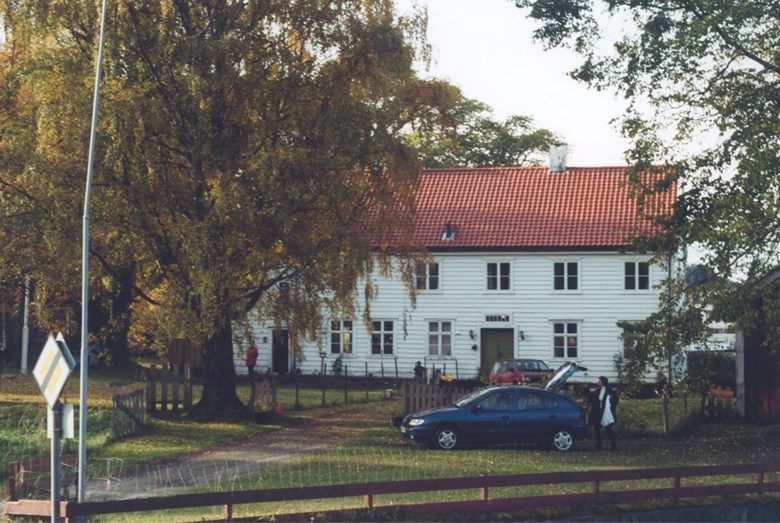 The other houses in the vicarage yard.

In former times when farming and fishing played an important part, there were about 25 houses on the property. Around the vicarage yard today there are six buildings, and they create a whole that is of great cultural and historical interest. All these buildings were listed by the Directorate for Cultural Heritage in 1991.

The storage house for food - "stabbur" in Norwegian - is a timbered cottage built in the western Norwegian tradition on one storey. The house rests on solid pillars of wood and stone slabs. On the roof there is a bell tower. We do not know the age of the storage house, nor do we know how old the woodshed is, but they both probably date from the same period as the main building. The utility house - "eldhus" in Norwegian - is probably the oldest house on the farm. It is built with a stave construction. Inside, the floor is covered with slabs of stone, and there are traces of a huge, old baking oven on the north wall. The utility house was used as a scullery and for brewing, baking and washing. A house called Skulen (the school) is located on the northern side of the main building. This house is built in two storeys, clad with horizontal panelling on the outside, has a turfed roof, and two entrance doors. This house has served different purposes throughout the years. Up until recent times, the school building has been used for preparation lessons for the confirmation ceremony. The house is also called the "henhouse loft". "Borgstova" - a house traditionally used as a house for servants and guests - probably dates from the same time as the main building. It is a small timbered house on one floor. In former times, it was used as a residence for the tenant farmer. 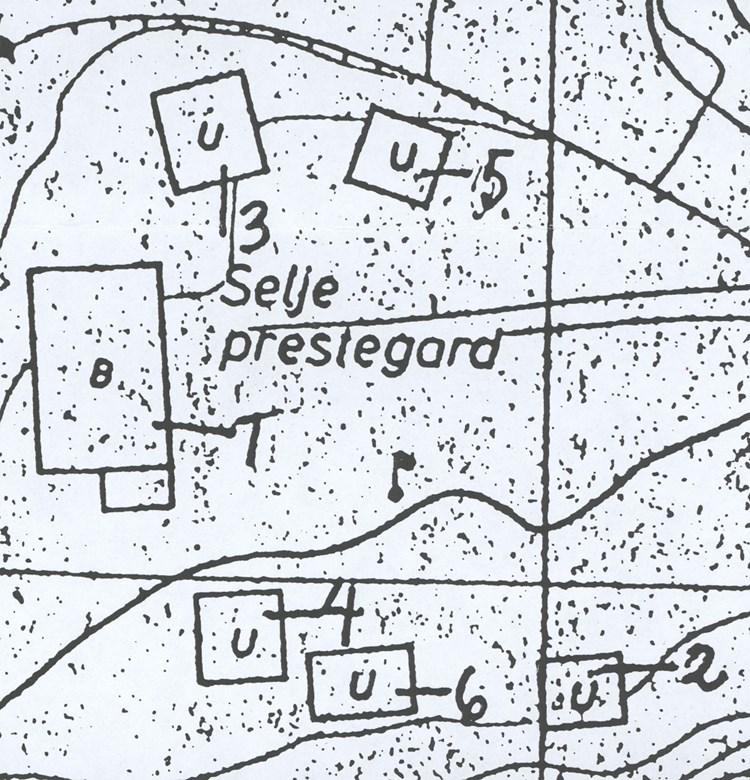 The vicarage houses in 2001

The main building is today the residence for the vicar of Selje. The property is owned by the state. Up until 1958, there were crofter's farms under the Selje vicarage.

In the old days it was often the case that when a young clergyman took over the position of a deceased vicar, he often also "inherited" the widow of his predecessor. Maren Søffrensdotter Friis was first married to Isak Jørgensson who was vicar at Selje until he died in 1647. Afterwards she was married to all the three successors.

In 1668, the 33-year-old Peder Nilsson Harboe came to Selje to serve as a vicar. According to previous arrangements, he should have married the widow as well, but this did not happen. According to legend, Maren became so furious that she put the whole archive of the vicar on fire. This is said to be the reason why the archive from the time of the monastery no longer exists.