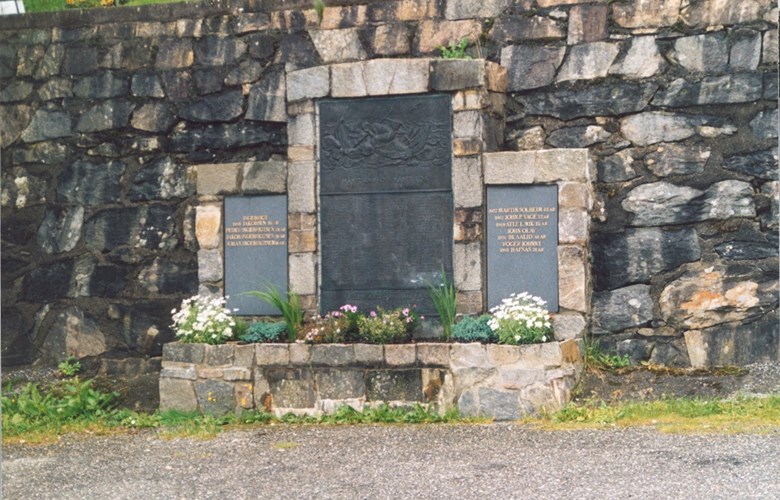 The fishermen's memorial at the Måløy church, raised in September 1957, is built into the stone wall towards the churchyard above the church. Originally, there was one memorial plaque, but later on two more have been added with names of lost seamen after 1957.

The fishermen's memorial was unveiled in connection with a church anniversary and a bishop's visitation in September, 1957. The memorial ceremony was opened when several hundred people who had turned up sang Bernt Støylen's seaman's hymn "Gud signe vårt folk der det siglar og ror." (God bless our people where they sail and row). Bishop Ragnvald Indrebø gave the unveiling speech. He talked about the harsh living conditions for the fishermen. Many a time things looked hopeless, but often they were miraculously saved. At other times, they had to give up. "It is the memory of those who found a wet grave out there we want to commemorate with this plaque", the bishop said as he unveiled the monument. Afterwards the chairman of the memorial committee, teacher Ervik, spoke about the work of trying to find the names of the lost fishermen and the work of raising the memorial. 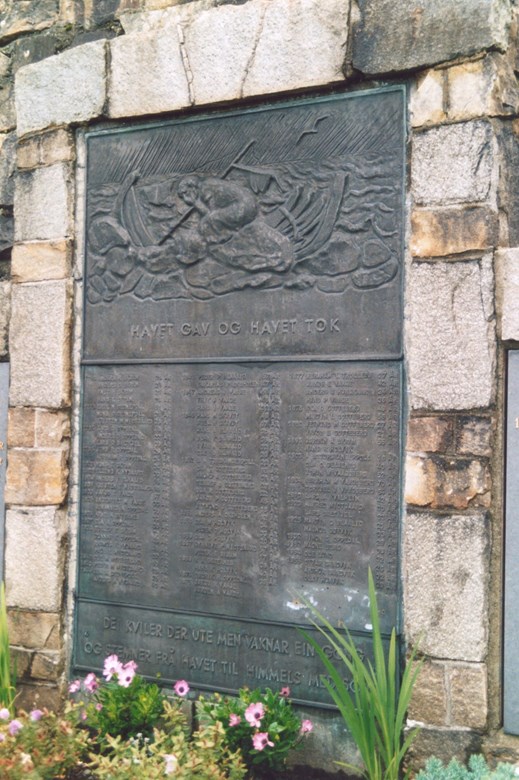 The local history book for Selje and Vågsøy, published in 1957, contains a list of lost people at sea in the years 1669-1950. (The municipalities of Nord and Sør Vågsøy were separated from Selje in 1909, and both were united in the new Vågsøy municipality in 1964.) The fishermen's memorial at Måløy comprises 84 lost persons from the geographical area of Sør-Vågsøy municipality as of 1957, and names have been added later of those who have been lost at sea after that year.
In 1999, a memorial was raised at Raudeberg to commemorate lost fishermen from the area comprising Nord-Vågsøy municipality.

The memorial is a cast bronze plaque framed in stone with flowers on the ground. The picture section at the top shows a woman and a shipwreck. Then an inscription: "Havet gav og havet tok." (The sea gave and the sea took). Then the names with year of death and age, and at the bottom these words from a hymn: "Dei kviler derute, men vaknar ein gong og stemner frå havet til himmels med song."(They rest out there, but will wake up some time and rise from the ocean to heaven with song) 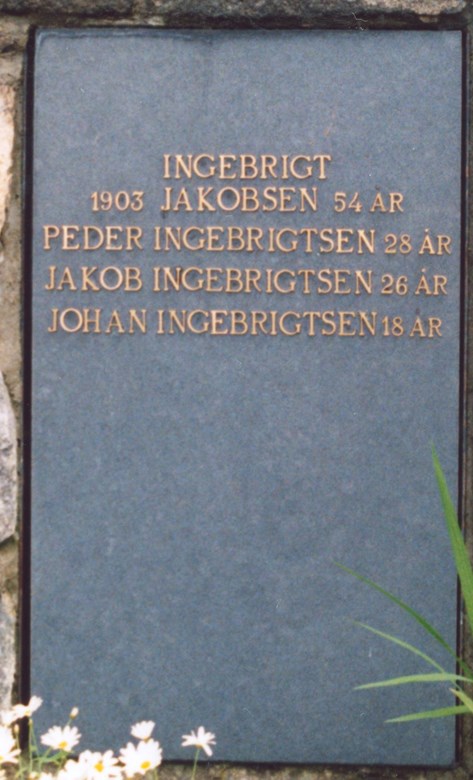 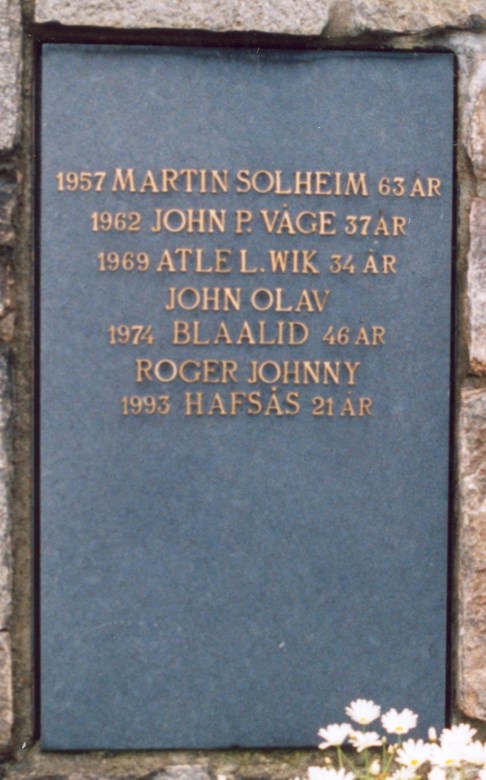 The memorial cost in all 3876 kroner, - the plaque 226 kroner, artist's fee 1500 kroner,- other expenses about 100 kroner. - When the memorial was raised, the "sokn" council had only covered a part of the cost: - 1000 kroner from the municipality, and about 700 kroner from contributions in the church. The "sokn" council first applied to many fishermen for any financial assistance, but they recommended that an application be sent to the Sogn og Fjordane Fishing Cooperative. The application was rejected on the ground that the county cooperative could not give any allocation to a local enterprise. The "sokn" council then saw no other alternative than to allocate 1000 kroner from the account called "lease of graves", and the remaining sum of 31 kroner from the "sokn" account.