The production of canned crab on the Sogn og Fjordane coast was started and had the largest volumes at Askvoll. Crab fishing is also rich in this district. 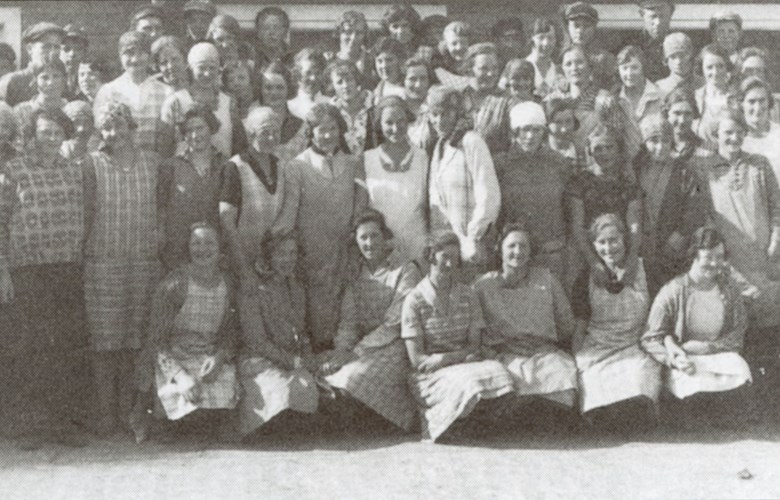 The workers at the crab cannery at Sauesund posing in front of the new factory building. The business was started in 1911, and was one of the first of its

Start at the island of Hindøya

The crab cannery at Sauesund was perhaps one of the first in the country. Canned crab was at the time not well known, and the turnover was small. The production equipment was simple, where manual strength was the only power. The first few years the crab was boiled in a sea warehouse and transported on a tip cart up to the productions facility in a basement. In 1925, a new factory was built on the seafront. All the work could then be done indoors. During the production seasons, between 50 and 80 workers are believed to have been on the payroll.

Closed down during the war

The crab was supplied by local fishermen. The factory had a small fishing vessel called "Klippen". This boat was used to pick up raw materials further away. The factory was closed during the war 1940- 1945. The facility was then bought by Bergen Preserving, and liquidated.