The former municipality of Bremanger had 13 war victims from the Second World War. Most of these were lost at sea. Only three got a grave at their home place. Arthur Hauge's urn was brought home from England on the destroyer "Arendal" in the autumn of 1945, and the funeral took place from Hauge church on 11 October the same year. 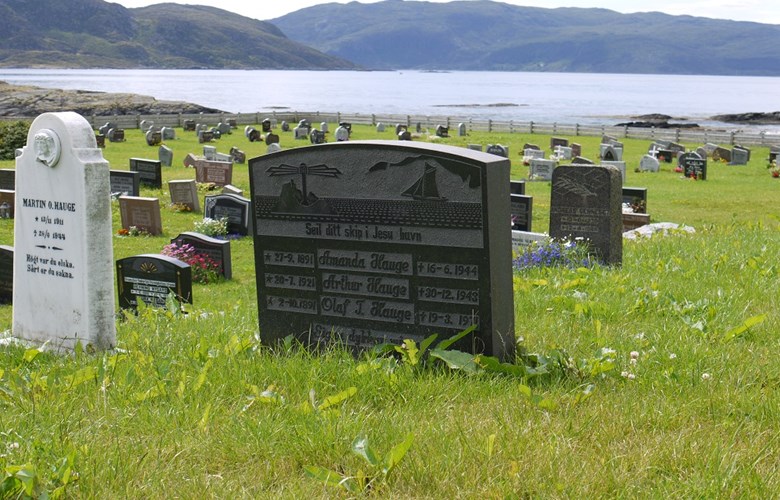 In the four-volume book "Våre falne", published in the years 1949-1951, we find the following entry:

"HAUGE, ARTHUR JOHAN, fisherman, Bremanger. Born 20 July 1921 at Bremanger, son of Olaf Torson Hauge, born 1891, and Amanda Andreasdatter, born 1891, both at Bremanger. Escaped to England on MK "Stanley" in September 1941 and served for a while as a seaman in the merchant marine. From 1942, served in the Navy on "Rose", "Sleipner" and "Tunsberg Castle", and later on served on land. Fell ill and died in hospital in England on 30 December 1943. Buried at Grotle churchyard at Bremanger. Haakon VII´s 70th birthday medal (?)." 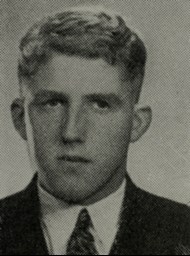 In the autumn of 1945, about 400 urns were brought home from England on the destroyer "Arendal". Arthur Hauge's urn was among these. After the urns were brought ashore at the Honnørbryggen quay in Oslo, there was a short ceremony where HM King Haakon VII laid a wreath as a last token of gratitude for their war efforts for their mother country. The urns were then sent to the home places of the war victims.

Arhur Hauge was buried on 11 October 1945. Between four and five hundred people turned up for the ceremony at the Hauge church in Bremangerpollen. In the chancel two flags were raised at half-mast, and the church was decorated with flowers and burning candles. The local choir sang, and the vicar gave a speech. Wreaths were laid from the family, from school friends, from the Bremanger municipality, and from the Bremanger fishermen's association.