Memorial stone for the brothers Asbjørn and Vemund Melvær

Magnus and Marie Melvær lost their two sons during the war 1940-1945. Asbjørn, born 1908, died in captivity in Germany. Vemund, born 1922, was lost during an air mission over the North Sea. In 1947, a memorial stone was erected in their honour at their childhood farm of Melvær. 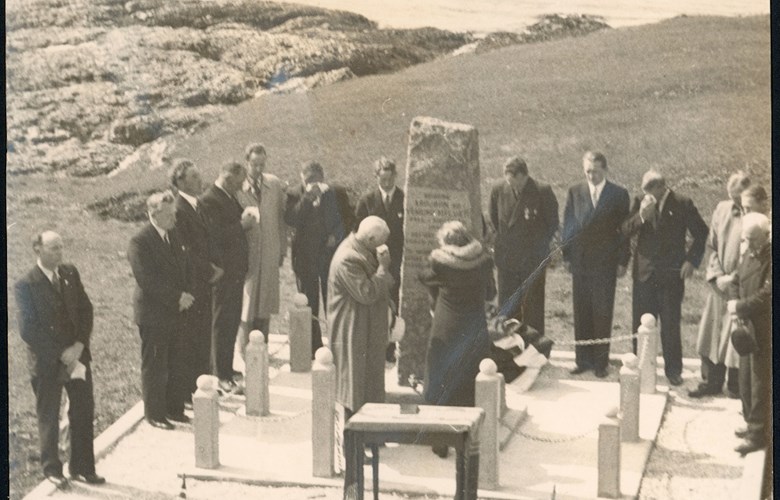 Grief. The parents of Asbjørn and Vemund, Magnus and Maria, at the memorial stone during the unveiling ceremony.

In memory and honour

The memorial stone is located at their childhood farm, the northernmost at Melvær. On the stone is inscribed: BRØRNE ASBJØRN OG VEMUND MELVÆR FALL I KRIGEN ÅR 1944. DEI GAV ALT FOR FRIDOM OG FEDRELAND. TIL MINNE OM DEI ER DENNE BAUTA REIST I TAKKSEMD OG VYRDNAD AV SLEKT OG SAMBYGDINGAR (the brothers Asbjørn and Vemund Melvær fell in the war year 1944. They gave their lives for freedom and nation. In their memory this stone is erected in gratitude and respect by family and the local community). 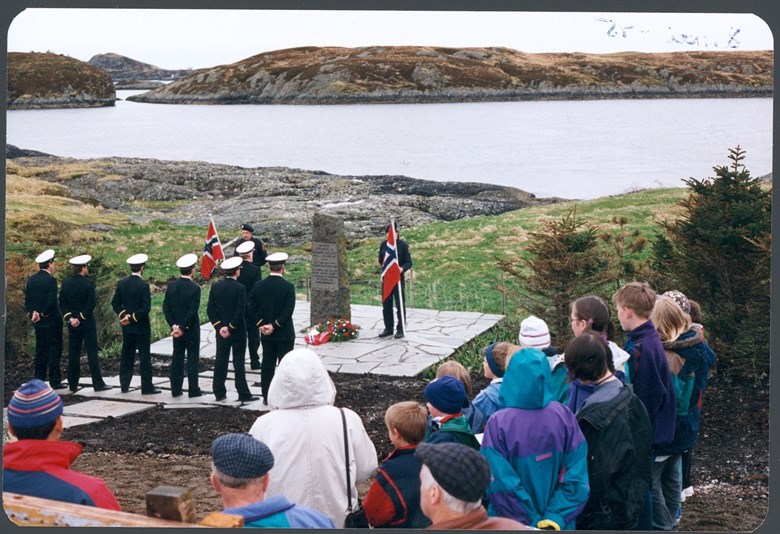 On Asbjørn Melvær in the book Våre falne (our fallen) 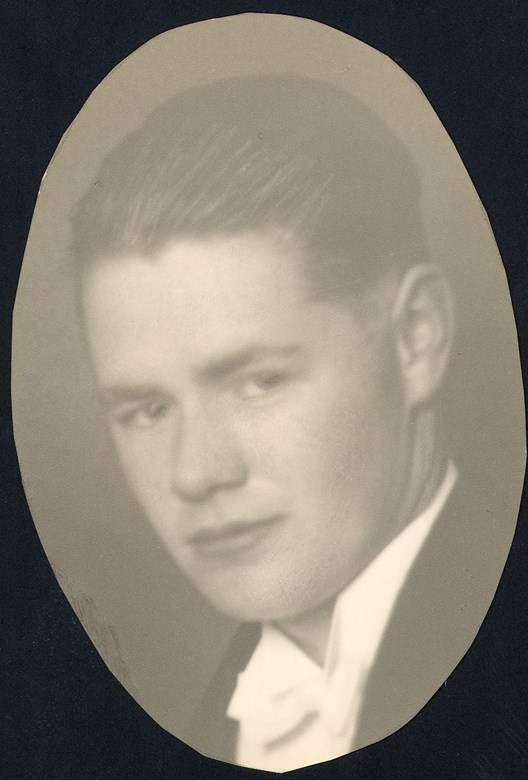 Was active in receiving arms from England and hiding them. Arrested on 20 May 1942 and taken to prison in Bergen, from there to the camps of Ulven and Grini. On 30 September 1943, taken to Natzweiler, where he died on 3 November 1944.
Acccording to Rigmor Norheim, Asbjørn's daughter, Asbjørn survived Natzweiler and was later taken to Dautmergen, a prison camp under Dachau.

On Vemund Melvær in the book Våre falne (our fallen)

Memorial ceremony at the stone at Melvær in 1995, in connection with the 50th anniversary of the Peace, on 8 May 1945. The area around the memorial stone has been changed a little since the stone was erected. Stones and chains have been replaced by flagstones.
Owner: Rigmor Norheim. - Date: 1995. - Photographer: Ukjend.
Rigmor Norheim.
1995.
Ukjend.