Dagfinn Frøyen escaped to England and served in the merchant marine. While working as a seaman on SS Balduin, he fell ill and died in the spring of 1944. His urn was brought back to Norway on the destroyer "Arendal" in late September 1945. He was buried on 1 October the same year. 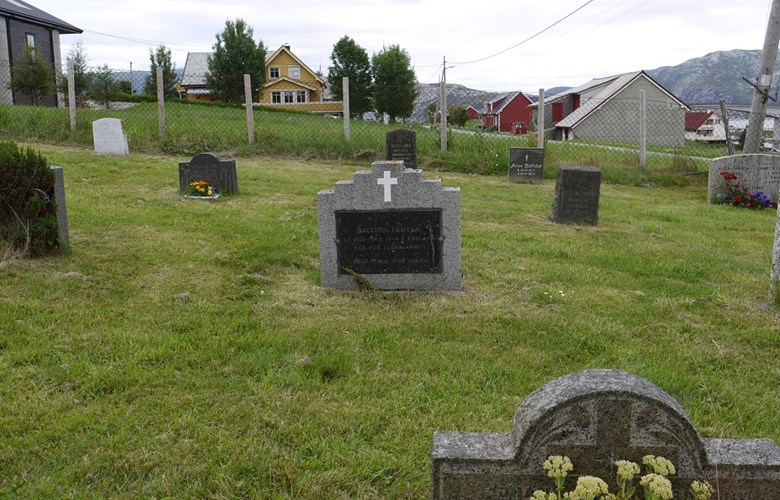 In the four-volume book Våre falne, published in 1949-1951, we find the following entry:

"FRØYEN, DAGFINN, seaman, Bremanger. Born 1 July 1920 at Bremanger, son of Odin B. Frøyen, born 1888 at Bremanger, and Ingeborg, née Engen, born 1886 at Nordfjordeid. Worked as a fisherman before the war, and later on as a construction worker. Crossed the North Sea on a fishing vessel. Served in the merchant marine. Worked as a seaman on SS Balduin until he fell ill. Died 19 May 1944 in South Shields in England. Buried at Frøyen (sic) churchyard." 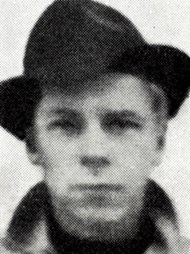 Several hundred Norwgians serving abroad during the war died in England and were buried there. In the autumn of 1944, about 400 urns were brought home on the destroyer "Arendal". Dagfinn Frøyen's urn was among these. After the urns were taken ashore at the Honnørbryggen quay in Oslo, there was a short ceremony where King Haakon VII laid a wreath as a last token of gratitude for their efforts for the mother country. The urns were then sent to the respective home places of the war victims. 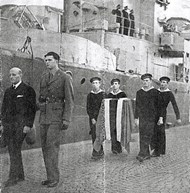 Dagfinn Frøyen was buried on Monday 1 October. Family, relatives and neighbours first met at his home where the vicar Steinhovden offered comforting words to the bereaved.

The beautifully decorated church was filled to capacity and the vicar spoke about the Bible passage of the grain of wheat that had to die to yield a rich harvest. Our freedom fighters on land and at sea were our best seed corns, he said, giving their lives for their country and freedom.

In the ceremony a choir and a quartet also participated: Dagfinn's father, Odin Frøyen, and his three brothers, Bjarne, Johannes and Arne, carried the flower-decorated coffin to the grave. 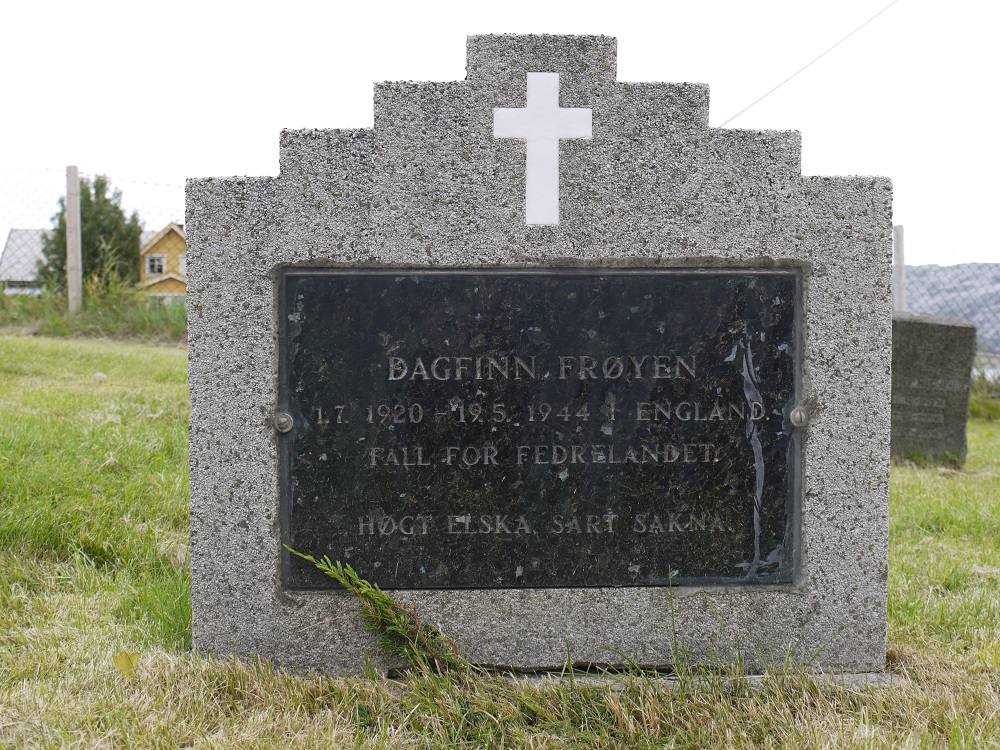