Beside the church at Eikefjord there is a memorial stone commemorating Andreas Hesjedal who died in a terrible accident in Florø on 1 September 1945. A fully loaded barge containing war ammunition exploded during the work of dumping the material. 19 men lost their lives. Friends and the youth association erected the memorial stone in 1947. 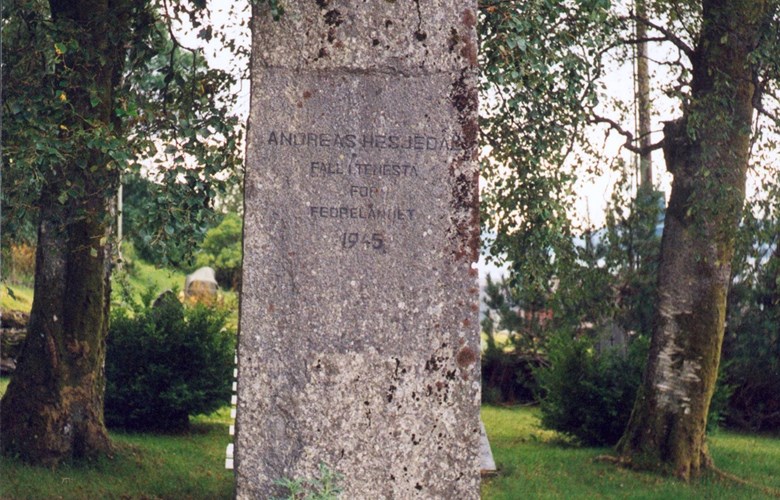 The memorial stone commemorating one of the casualties in the explosion on the Stavfjord in the autumn of 1945. The stone stands at the Eikefjord church and has the following inscription:
ANDREAS HESJEDAL - DIED IN ACTION - FOR - HIS COUNTRY - 1945.

The more than three-metre prismatic stone stands close to the Eikefjord church, in front of two big birches that are said to have been planted in 1947 when the stone was erected. Friends of Andreas Hesjedal and the youth association erected the stone. The stone was unveiled on 17 May 1947, and every year since then a wreath has been laid on the stone.

Reference in the book "Våre falne"

HESJEDAL, ANDREAS SIGVARD, building carpenter, Kinn. Born 10 March 1917 at Kinn, son of Lyder Olai Vilhelm Hesjedal and Anna Maria Bertia, née Helle. Saw action in 1940 in a mortar platoon in Valdres. Was conscripted for guard duties in the summer of 1945. Lost his life in the explosion accident near Florø on 1 September 1945 when a vessel loaded with ammunition exploded. 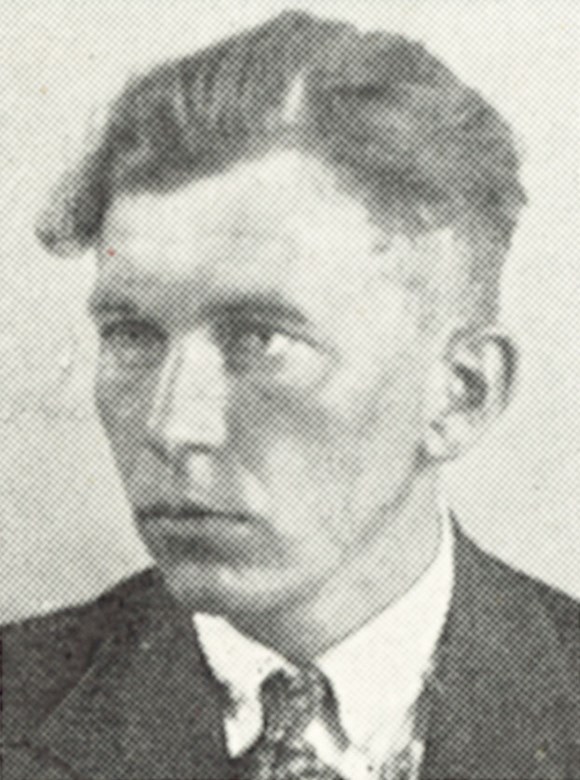 What really happened on the day of disaster, 1 September 1945, four months after the war was over? The local paper Firda Folkeblad wrote about the accident the next day. The previous evening the people of Florø had been frightened by a terrible bang. It turned out it was a Dutch barge that had exploded in the Stavfjord. The barge was used for transporting war ammunition to be dumped in the sea.
The barge had come to Vassreset between Furesundet and Oddane when the accident happened. The explosion was enormous. Those who came to the site of the accident found nothing but a few bits and pieces of the barge as well as some clothes rags. 19 men were gone. 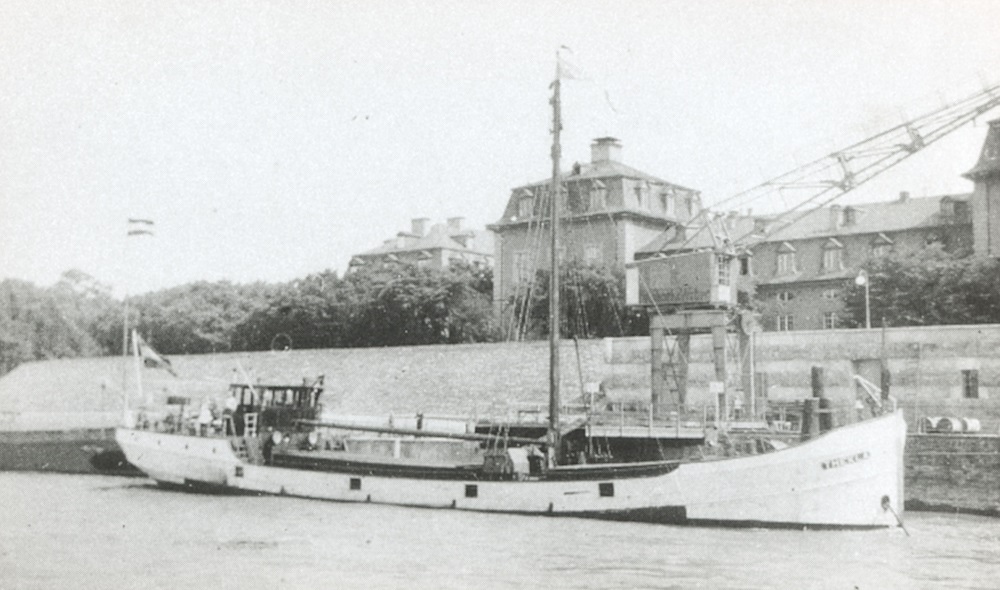 In 1997, a booklet was published covering the accident on the Stavfjord in the autumn of 1945. The author, Inger Cecilie Stridsklev, calls it a memorial booklet. After extensive research, she has to a large degree been able to shed light on what happened. She writes about the men on board, giving every one of them a face. In addition, she raises the issue as to who was responsible for the fact that huge quantities of ammunition, partly extremely dangerous, were taken care of by a completely unqualified crew: five Germans who made up the crew on board "Thekla", two other Germans, 10 prisoners who were called out awaiting trial, one Brit and the guard Andreas Hesjedal. Was this not a clear violation of international law?