Isak Refsnæs (1852 - 1928) from Stadlandet painted both landscapes and portraits. Nevertheless, he is best known as a "marine" painter and interpreter of the west-Norwegian coastal landscape. 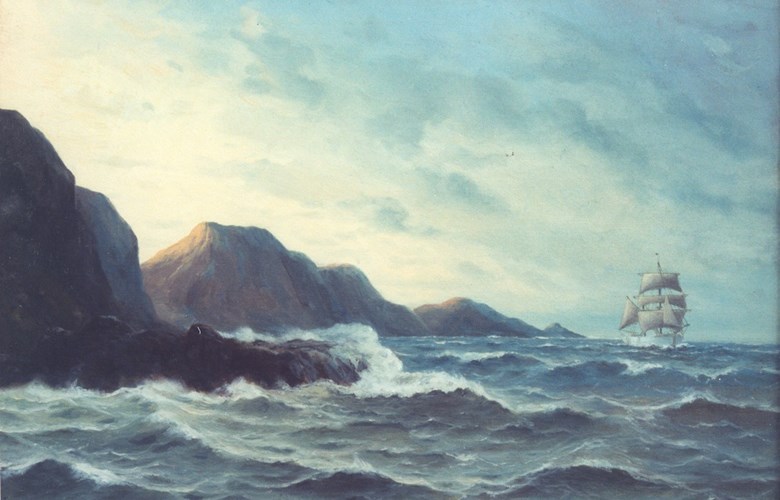 At the back of this painting from 1922 the artist has written: "Northern gale at the Vanylvsgabet (the north side of Stadlandet). Price kroner 150.00".

Grew up close to Stadhavet

Isak Elias Aslaksen Refsnæs was born on the farm of Refsnes at Ytre Stadlandet on 22 February, 1852. He was the third child of five and the family had roots in many of the villages at Stadlandet and elsewhere in the western part of Nordfjord. At that time schooling in outlying areas was stilled carried out by ambulant teachers who went from one village to another and taught on the farms. According to the Education Act of 1860, each pupil had the right to eight weeks of schooling every year. Like other young boys in those days, Isak had to help his parents with farm work and with fishing. In an open boat out on the treacherous waters of Stadhavet, he experienced at an early age the mighty forces of the ocean. Maybe it is these experiences and impressions that are reflected in the excellent pictures he painted of the ocean and the Norwegian coastal landscape. 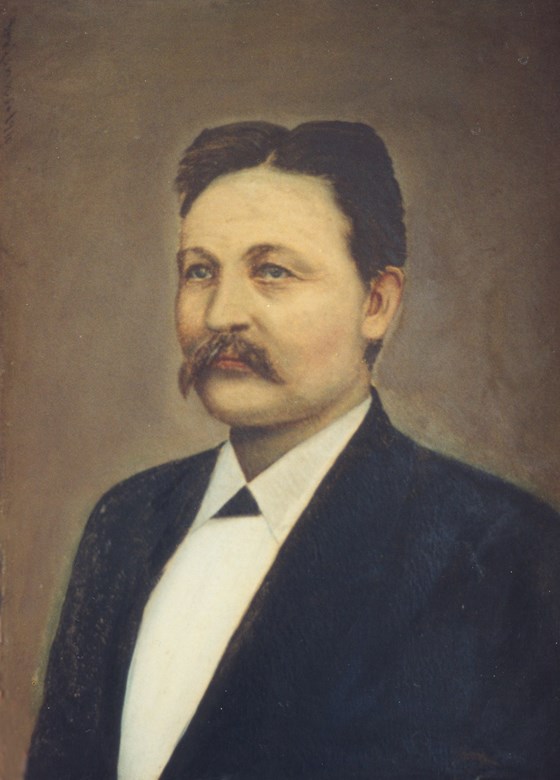 At the age of 20, Isak left for Bergen where he studied at the subordinate officers' school. His school-leaving certificate shows that he did well in the theoretical subjects, and after the obligatory duty service, he worked some years at an office, learned photography, and was for a while employed at a couple of photo businesses in town. Throughout this period his interest for drawing and painting took up most of his free time. For two years he attended evening classes in drawing, but his economic situation meant that he could not take any further education or take study trips abroad to learn more. Consequently, he was more or less a self-taught person as far as painting was concerned, and he stuck to the motifs he knew well: the ocean, the coastal landscape, ships and boats. Besides, he drew and painted portraits, mostly based on photographs. He called himself "Marine painter and black-and-white portrait artist".

His life as an artist

In 1880, Isak Refsnæs married Anna Maria Helene Eriksen from Sunnhordland, and they had seven children. With so many mouths to feed it was not an easy task to make a living with paint brushes and easel. He did not charge much for his products, and therefore he had to compensate by a big production. He is said to have painted and drawn more than 2500 portraits. In addition, he travelled around to the towns in western Norway and painted ships for shipowners and officers. He went many times to Ålesund, because there he could stay with his brother. For this reason, many Refsnæs paintings are found in the Ålesund district, at Ålesund Museum, for example. He also had some major commissions, ranging from painting the whole fleet of steamship companies to painting altarpieces and school banners. He was a landscape painter, too, with many motifs from the fjords of western Norway. For the 1910 Bergen Exhibition he painted a series of big paintings with motifs from the sea and from the Norwegian countryside. Isak Refsnæs died in Bergen on 9 December, 1928. 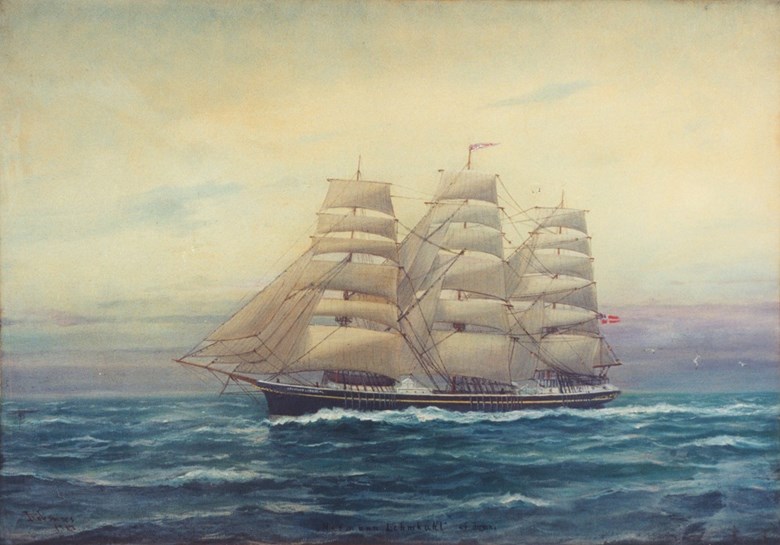 Portrayer of his age

Isak Refsnæs is not held to be among the great Norwegian painters, but his pictures have increased in value in recent years. Through his painting he has also given us an insight into what the marine environment along the west coast was like in the latter part of the 19th century and the early 20th century.