On 29 July, 1910, a German naval officer lost his life when he fell down the mountainside on the south side of the valley of Bøyadalen. His parents, Herr and Frau Christiani from Berlin, came to Fjærland for the funeral, and later made arrangements for raising a memorial stone on his grave. 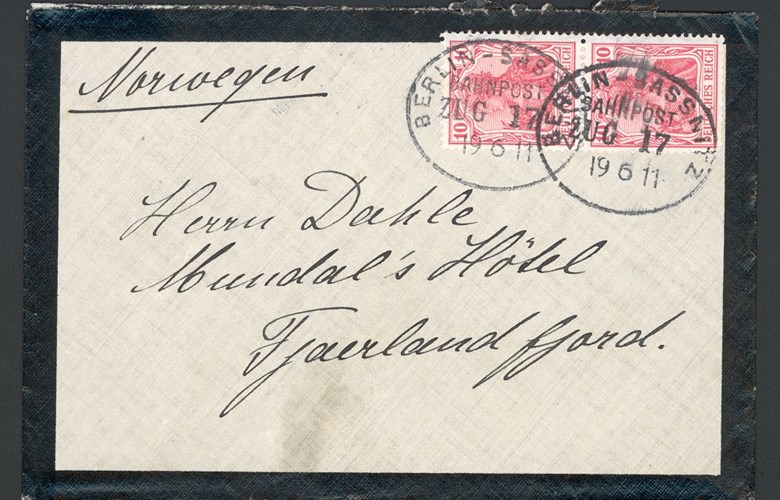 In late June, 1911, Frau Christiani wrote a letter to Olaus Dahle, Mundal Hotel, asking him if the work with the gravestone was going according to schedule, so it would be ready when she comes in late July. Both the envelope and the stationery have black borders.

The memorial stone is located on the south side of the church in the eastern part of the churchyard. The raw material for the stone was probably found somewhere in Fjærland. The painter Ivar Rusti, living in Bergen, made the stencil for the inscription.
At the front there are three vertical lines written in German under a sun wheel symbol:
WALTHER CHRISTIANI LEUTNANT ZUR SEE
WAS FREI UND GROSS AUF ERDEN HAT DIESES
HERZ GEKANNT
(In English: WALTHER CHRISTIANI - NAVAL LIEUTENANT - WHAT IS FREE AND GREAT ON EARTH THIS HEART KNEW.)
Under the wreath symbol at the back is written in German:
GEB 14 JAN 1886 GEST 29 JULI 1910
(In English: BORN 14 JANUARY, 1886, DIED 29 JULY, 1910.) 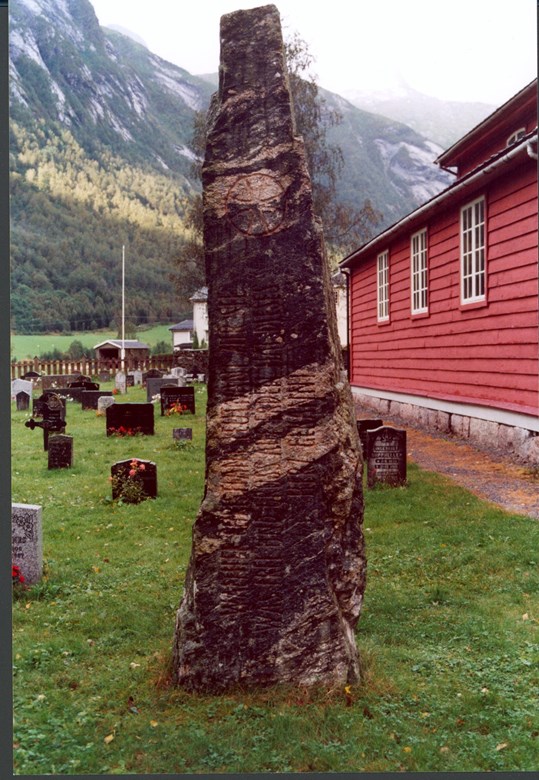 For a number of years the German Kaiser Wilhelm II visited Sogn on his royal Yacht SMS "Hohenzolleren", accompanied by many naval vessels. They came to Fjærland many times as well. On the day of the accident - 29 July, 1910 - some of the crew had gone ashore to go on a hike up towards the glacier of Flatbreen. Walther Christiani and some others had come to a glacial cirque on the ridge to the west of Flatbreen towards the valley of Bøyadalen. This is where he lost his footing and fell several hundred metres down the steep mountainside.
The rescue crew climbed up from Bøyadalen and found the dead person in a terrible state. The accident made a deep impression in the village. It was said that never before had so many people attended any funeral. 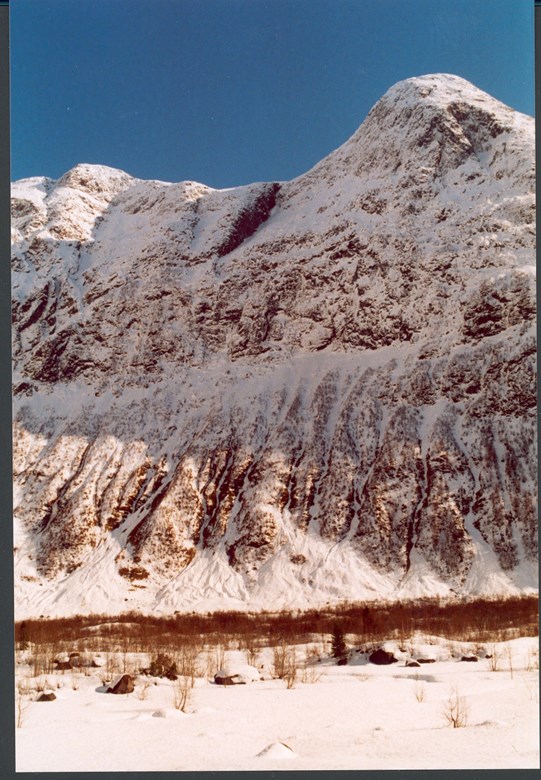 Special events sometimes result in new place names. This was also the case with the terrible accident in Fjærland. The place where he fell is now called "Tyskarbotn" (the German cirque) and a mountain to the east has been named "Tyskarnipa" (the German peak).

Father of the deceased - well-known doctor in Berlin

The father of the deceased is said to be a well-known doctor in Berlin. It has even been said that he was "Burgermeister" in the German capital. Nothing of this has been confirmed, but we do know that the parents came to Fjærland for the funeral, and that they made arrangements for the grave memorial. On their way home to Berlin, they went to see the painter Ivar Rusti in Bergen, asking him to make a stencil for the inscription. In Fjærland they were helped by the hotel owner Olaus Dahle. The stone was raised in the summer of 1911, and Frau Christiani planted the first flowers on the grave in late July.

View from the valley of Bøyadalen up towards the place of the accident. The mountain top to the right is 'Fremste Skeisnipa' (1440 m asl.), the top to the left is 'Tyskarnipa' (1375 m asl.). Walther Christiani fell down from the cirque between these two peaks, tumbling several hundred metres down the almost vertical mountainside.
Owner: Fylkesarkivet i Sogn og Fjordane. - Date: 2001. - Photographer: Hermund Kleppa.
Fylkesarkivet i Sogn og Fjordane.
2001.
Hermund Kleppa.