Anna Myklebust (1868-1942) from Bryggja put down an unusually high number of hours for the temperance movement. She established a children's lodge at Bryggja and travelled for many years as a speaker in the Nordfjord region. In 1847, the regional lodge erected a memorial stone on her grave at Totland church. 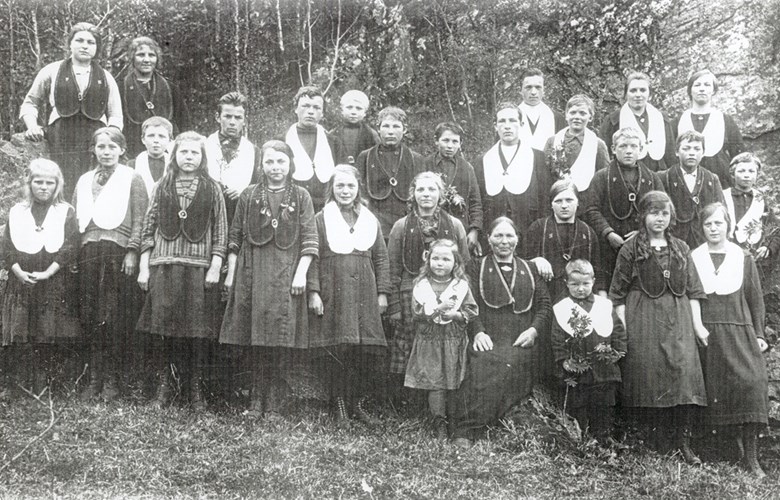 The children's lodge "Framhald" at Bryggja in 1926, wearing their regalia, embroidered pieces of cloth showing rank and position. The adult woman is Anna Myklebust.

Anna Kristine Tollefsdotter Myklebust, born 17 April 1868, died 21 April 1942, daughter of Torleiv Larsson Indre-Rimstad. She attended a teachers' training school, and worked as a teacher for some years before she married the farmer and carpenter Jetmund Andreas Myklebust at Bryggja. "An exceptionally skilful and competent woman", the local historian Jacob Aaland wrote in 1938. 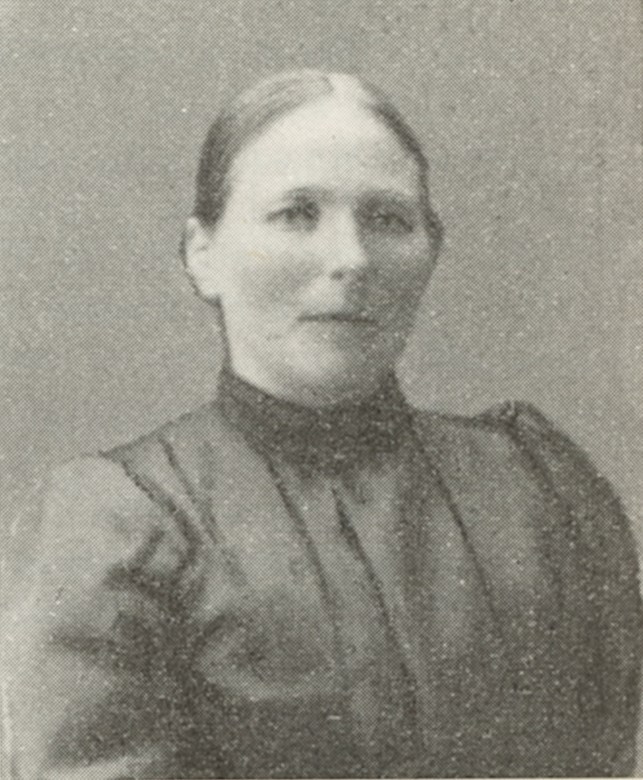 Anna Myklebust took a keen interest in many organizations in the local community. She was a deputy board member of "Firda Ungdomslag" 1900 (a remarkable honour at that time), was a member of the school board and other local boards and committees. At an early age, she became interested in the temperance movement, and for a period of 15 years, was district leader in IOGT Nordfjord.

Teacher Arne Loen wrote a poem as a tribute to her on her 70th birthday. In one of the stanzas, he wants to express her excellent gifts as a speaker (freely translated):

There are many today along the shores of the Nordfjord
Who remember you well with pleasure and gratitude.
You came so often to our homes and hamlets
and spoke so warmly about our great cause.
You used words that ignited a spark,
taking us by storm. Laughter mixed with tears,
and our eyes became warm and shiny,
and we felt our hearts beating in our chests.

In 1943, the lodge raised the issue of erecting a memorial stone on her grave, and four years later, the monument was completed. It measures 270 centimetres in height, and at the bottom it measures 65 by 36 centimetres. It tapers off slightly to the top. The stone is encircled by an area of white gravel, and it is decorated with flowers at the front.

At the top, the IOGT emblem is inscribed, and below we find the following inscription:

There are a couple of "disturbing elements" close to the stone. The churchyard wall is only a couple of metres away, and there is a floodlight lamp less than a metre away. 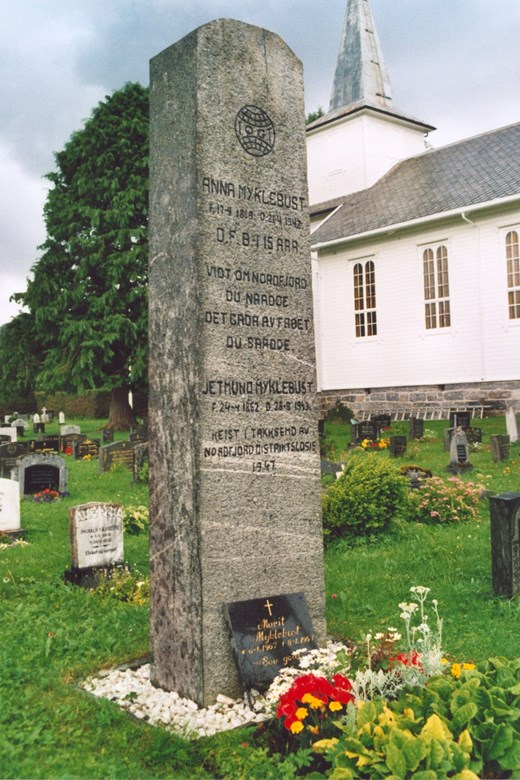 "The Anna stone", erected in remembrance of and gratitude to Anna Myklebust's long and diligent work for the children's lodges in the Nordfjord region, was unveiled during the annual meeting of the Nordfjord District Lodge at Bryggja in June 1947. Davik and Bryggja brass band played, conducted by the bailiff Rosenlund, and the Chief Templar Ola Sande gave the memorial speech. After the unveiling of the stone, he handed over the memorial to the family, c/o the son Torleiv Myklebust. 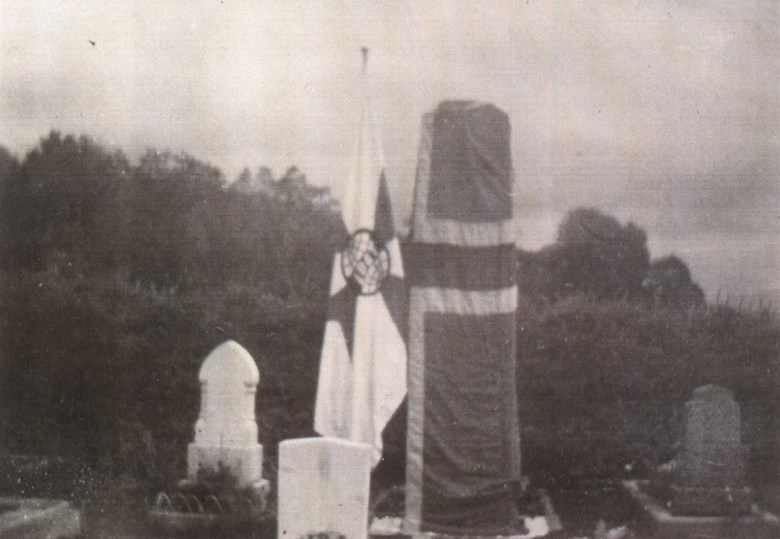 IOGT stands for the International Organization of Good Templars, founded in the USA in 1851. The organization has rituals, degrees and ceremonies similar to other orders, but gradually these rituals were much simplified. A key issue for the IOGT is to promote a lifestyle completely free of alcohol and drugs.

The first IOGT lodge in Norway was founded in Porsgrunn in 1877, and soon many others followed suit. In 1953, the IOGT had about 30 000 adult members and 25 000 children members. In the late 20th century, the movement was drastically reduced.