The local newspaper 'Sogns Tidend' was published in the years between 1877 and 1947 - the first few decades in Lærdal, but from 1903 in Sogndal. During the Lærdal period, there were a number of editors, whereas one man, Jens Kvåle, was editor practically the whole time in Sogndal. Sogns Tidend was always a typical liberal newspaper. In 1947, the paper was bought by the local paper 'Sogn og Fjordane' and became incorporated in the latter. 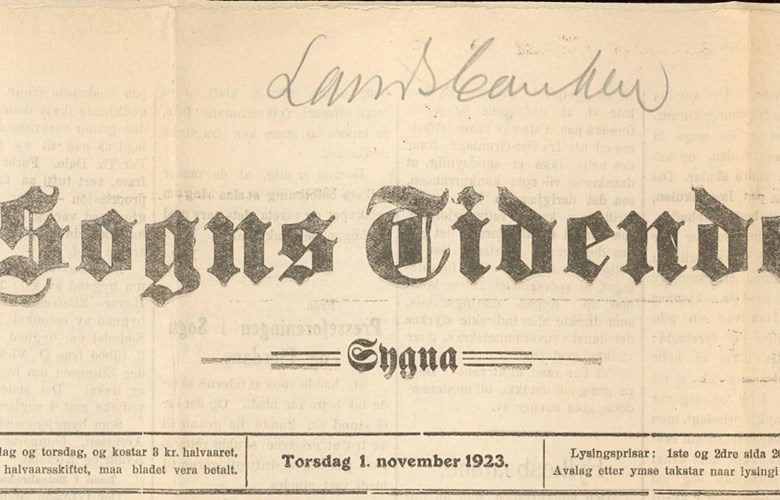 Sogns Tidend started up in Lærdal in 1877 under the name Sogns Tidende (the final 'e' was dropped some time after 1923). The man behind the initiative was Otto Albert Blehr (1847-1927), lawyer and liberal politician, later on a prominent national politician. The first editors used the conservative language variant 'riksmål', but the more rural-based language variant of 'landsmål' ('nynorsk' gradually took over. 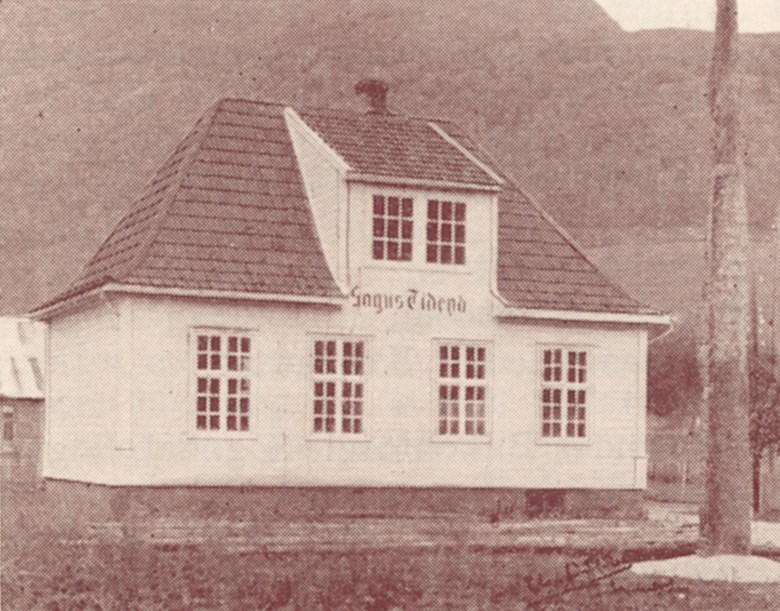 Jens Kvåle bought Sogns Tidende in 1903. For several years he had edited the paper 'Sygna' which now became part of Sogns Tidende. The new owner and editor gave information to the readers through a statement printed on 8 April, 1903. This statement shows clearly that Sogns Tidende is to be an organ for the dissolution of the union with Sweden, and a paper open for everybody with good writing skills. He puts it like this:

'Sogns Tidende' will work to promote and stimulate industrial activities, and a steady development in all areas, in harmony with the country's incontestable right as a free and independent nation. All progressive-minded people in Sogn support 'Sogns Tidende', and many well-qualified men will contribute in the paper.

In the book 'Stortingsval og stortingsmenn i Sogn og Fjordane, 1814-1970', we find the following information on Jens Kvåle:

Jens Hermundson Kvåle, born in Sogndal on 10 October, 1863, son of farmer Hermund Nilsson Kvåle and Anna Ellingsdotter. Graduated from Stord Teachers' Training College in 1886, teacher in Sogndal from 1887 to 1912, five years in a primary school, and 20 years at the 'Folkehøgskulen' at Helgheim. From 1896 editor and publisher, first of 'Ungdom', then of 'Sygna' and from 1903 of the liberal local paper 'Sogns Tidend', all written in the 'nynorsk' language variant. From 1905, he was also a farmer at Kvåle. Was a representative in the local council, was a member of the school board and the conciliation board. Board member of 'Sogn Ungdomslag' and of the 'Sogn og Fjordane venstrelag'. Died 26 April, 1949. Married to Gjertine Skjeldestad, daughter of farmer Baard Andersson Skjeldestad and Kari Perdersdotter.

The editor of the local newspaper 'Fjordabladet', Jens Nedrehagen, wrote an article in his paper on 11 October, 1938, in connection with Kvåle's 75th birthday:

Jens Kvåle is also quite a character, in the true meaning of the word. In everything he does he is himself, and he has his own way of doing things. This was evident in his work as teacher, editor, and farmer. He had a marked personal form in everything he did. This is precisely the character quality all those who have come in contact with him do appreciate.' 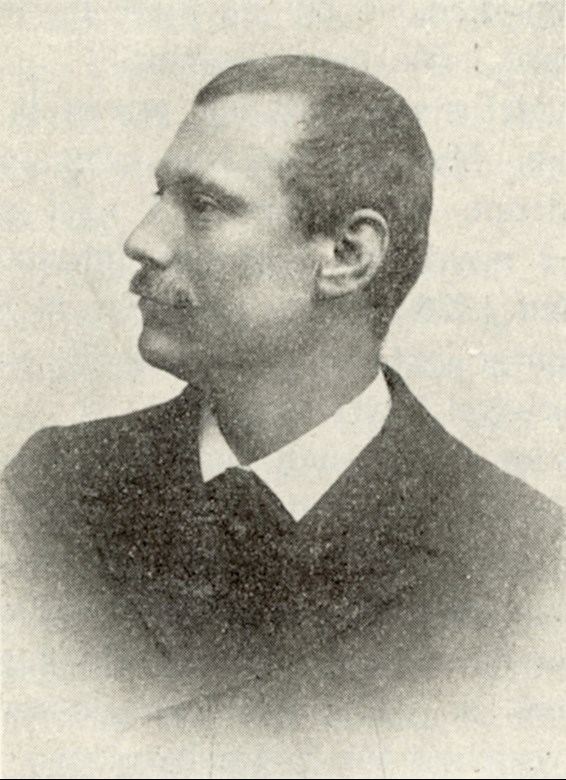 The poet Torvald Tu from Jæren subscribed to the newspaper

'Sogn Tidend' had subscribers all over the country and even abroad. One of these was the poet Torvald Tu, who lived at Mosberghagen in the municipality of Klepp. Torvald Tu must have missed the paper when it was not published for a while under the Nazi regime. He sent a letter of thanks in verse as soon as the paper once again was printed in May, 1945. The first stanza goes like this (freely translated):

Our dear Sogns Tidend, so you are still alive
-oh, yes, it was good to see you back again,
-receive the paper, after years gone by
It has been a wasted and desolate time.
Thank God that we as people are now saved and free,
From the twisted and bewitched net!

Spoke his mind on special occasions

For a long time there were no regular editorials in the local papers. Still, this did not mean that the editors hesitated to make their views known to the readers. On the contrary, from time to time, they brought up issues, voicing opinions and views to leave no-one in doubt as to their position. A case in point happened in 1927, when the editor Jens Kvåle could not restrain himself after the mayor Mossige, Sogndal, at a local council meeting had said the following: 'People should read less in newspapers, it is too light a diet for people.'

Kvåle now acted because he had heard the same remarks from others, at the 'bedehus' chapel, at church, even in lectures to young people. And this view was no new idea, the editor maintained. This had always been a widespread, conservative thought, always used in the 'service of reactionary ideas', - against enlightenment, against some subjects taught at primary schools. A people without education and without knowledge of what is going on, was easier to control for the authorities," as Kvåle summed it up. 'People were only meant to believe that the authorities governed for Our Lord. Period.'

Kvåle listed up a number of advantages with newspapers and reading newspapers, such as:

'.. in many ways a good paper gives the best and most comprehensive education, information and - upbringing. What is read in a paper leads the thoughts to conversation and discussion in the homes and the hamlets, thoughts that are being discussed in the village, in the country as a whole, as well as abroad.'

In 1947, the publishing rights of 'Sogns Tidend' bought by the newspaper 'Sogn og Fjordane', Leikanger, and became part of the latter. This meant the end of the 70-year-old 'Sogns Tidend', the first local paper in Sogn.

'Sogns Tidend' was established as a general partnership (joint ownership). This advertisement for a general assembly was printed in the paper in December, 1879.