The memorial monument at Ålfoten

A short distance below the church at Ålfoten there is a 4.5-metre-high stone monument to commemorate soldiers from Ålfoten who took part in the war 1807-1814. Local people refer to this as the stone monument. The inscription is very nicely carved. 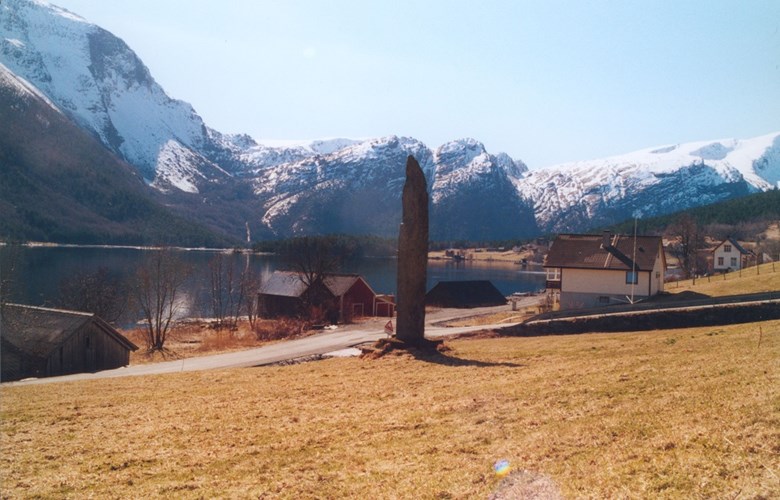 The memorial stone at Ålfoten, erected in 1914 to commemorate soldiers from Ålfoten who served in the war 1807-1814, stands on a cultivated field close to the rural road along the fjord. The road to the right leads up to the church, about 100 metres from the main road.

The stone monument at Ålfoten was raised in 1914 to mark the centenary of the Eidsvoll Constitution, and it was the "Ålfoten Ungdomslag" (youth association) who took the initiative to erect the stone. The stone is of a local gneiss and may have been found at the foot of Kårnykjen, a mountain rising in the west to an altitude of about 1000 metres
The script is bigger than we are used to seeing on memorial stones, and it is very nicely carved. The characters are 13-16 centimetres high, ranging from 7-10 millimetres in depth. According to Harald Bruland, it was his grandfather, teacher and cantor Anders K. Bruland who made the inscription. He made chisels out of old files, and was able to carve one letter in the course of an evening. 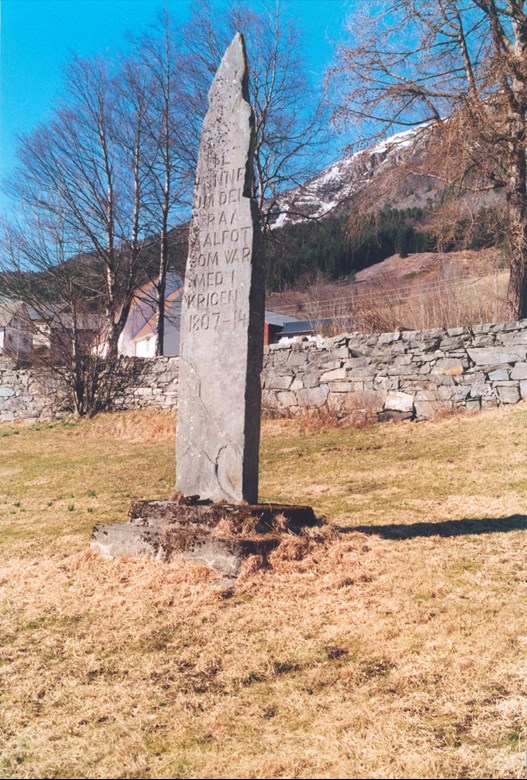 Every 17 May there is a ceremony at the stone memorial where wreaths are laid, the brass band plays, and the 17 May procession starts at that place.

"Ålfoten Ungdomslag" was founded on 24 June 1896 after a "reading association" had been active for some years. The cantor Thuland took the initiative, and the association was active for some years. In 1908, teacher and cantor Anders Bruland from Utvik became a driving force. From the very beginning, recitation of the handwritten association magazine "Kåre", named after the mountain Kårnykjen, was a regular item on the meeting agenda. Unfortunately, the first issues have been lost. The association had its own house and is still active. 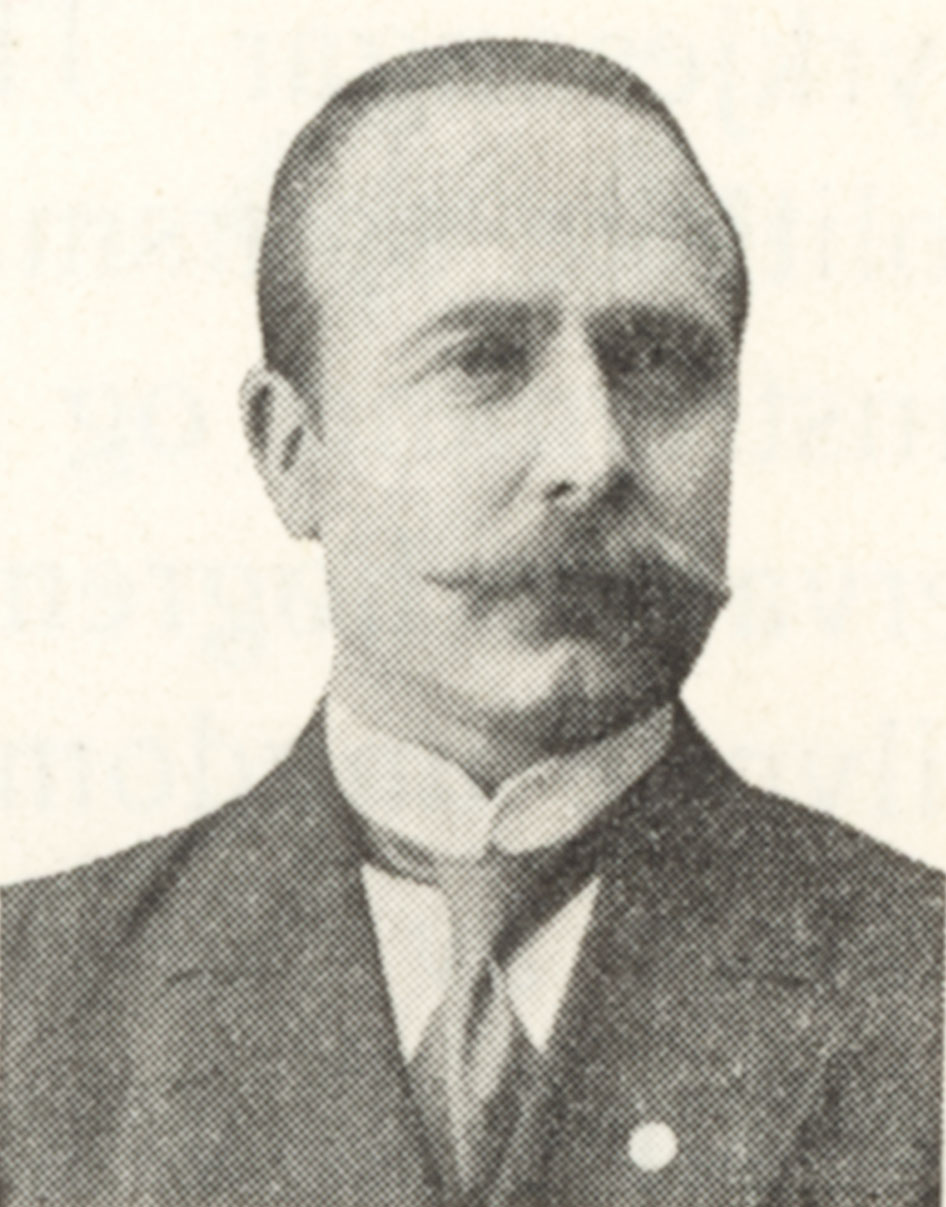 The memorial stone at Ålfoten commemorates those who fought for the mother country. Two other similar memorial stones with links to Ålfoten must also be mentioned. One is a memorial stone at Nordfjordeid, erected in 1914, erected in remembrance of all those from Nordfjord who lost their lives in the war 1807-1814. The other one stands on the churchyard at Ålfoten. It is raised to commemorate a person from Ålfoten who fought for peace and freedom nearly 150 years later. Rasmus M. R. Nyvoll fell on the battlefield in Italy on 24 May 1944.

Anders Bruland, son of Harald Krispinussen Sanddalslid at Utvik and his wife Eli Andersdotter Valaker, came to Ålfoten as a teacher in 1907. He brought new life and activity into the youth association, and became chairman for a number of years. It was Bruland who carved the inscription on the stone.
Owner: I <i> Firda Ungdomslag i 25 aar.</i> - Date: Ukjend. - Photographer: Ukjend.
I <i> Firda Ungdomslag i 25 aar.</i>
Ukjend.
Ukjend.