The farm Årdal is located in a small valley close to the mountain of Liberra (470 m. a.s.l.) on the south side of Stadlandet. The distance to Selje is about five kilometres. The isolated farm is now deserted. 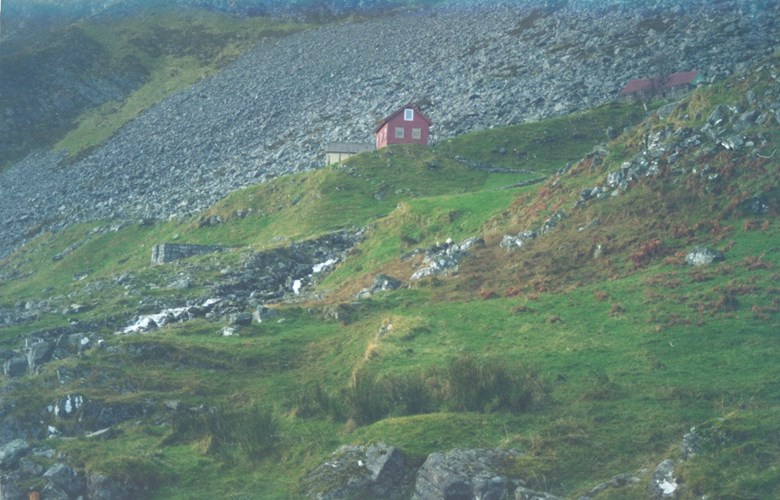 The first settlement we have found traces of in this area lies further up in the mountainside, at a place now called Liberstølen (mountain farm). On a ledge in the precipitous mountainside there are remnants of foundation walls and stone wall fences. Finds of very old objects have been found in this area, but the history of this place remains unknown.

The farm Årdal is situated in the steep mountainside down to the fjord, and its first reference dates from 1585. Throughout the years, farmers have made a living by means of a combination of farming and fishing, as was often the case along the western coast. The houses are situated about 40 metres above sea level, and the cultivated area is found in the rather steep slopes or as small patches in between the stone piles after the clearing of the land. The shoreline varies between polished rocks and rolling stones, and, according to old land registers, "landing conditions were bad in strong winds".

On the other hand, the soil was fertile, and the farm gave a good income. According to a cadastre from 1626, the farmer then was "fairly wealthy". Fishing was carried out both for their own consumption and for sale. The farm had enough fodder for four-five cows and some sheep. There was no horse on the farm, so everything had to be done by hand. Potatoes, oats and barley were cultivated. Haymaking was done by means of a scythe, and kelp and heather were used as supplementary fodder. 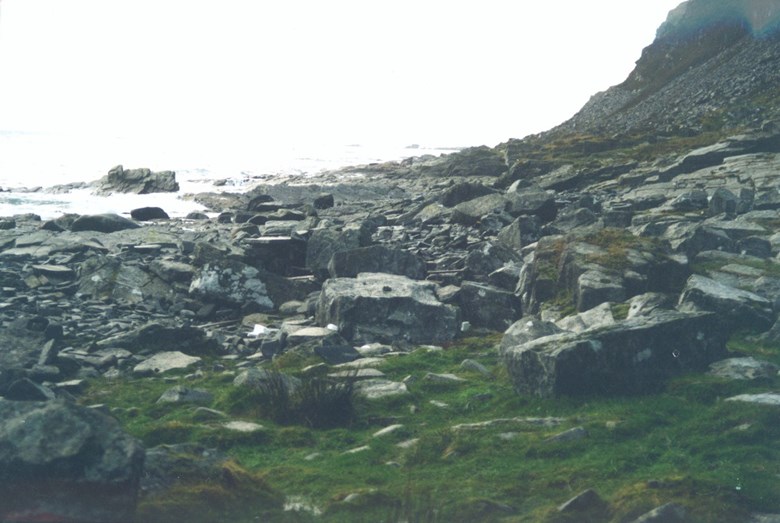 The buildings on the farm

The farmyard of Årdal consisted of nine buildings in all. Today there are two houses, one outhouse, and one cowshed. Down by the sea there used to be two boathouses, and by the river there was a water mill. A road has been built up to the house with a small bridge across the river. A number of aerial cables lead down to the farmyard from the fields and the mountain. 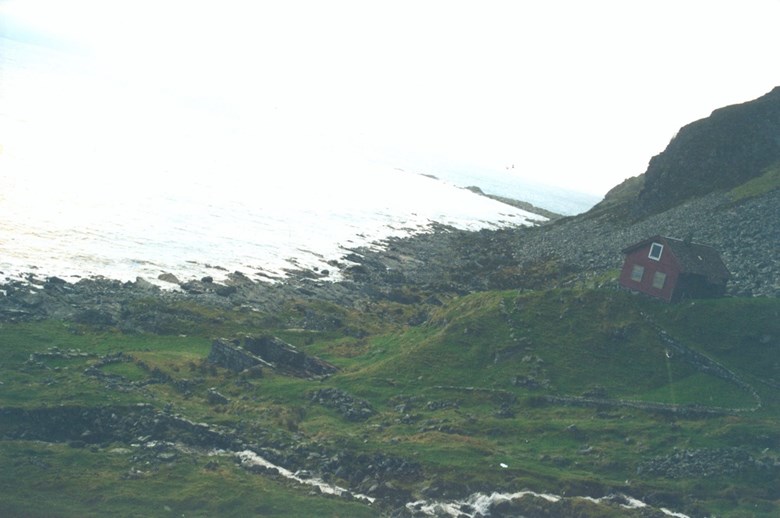 To the west of the farm itself there are traces of another foundation wall. In the latter part of the 19th century a crofter's farm was located there. The holding was called Rydjorda.