The fishermen monument at Bremanger

In 1962, Amanda Igland in the Bremanger Fiskarkvinnelag (an association of fishermen's wives) launched the idea of erecting a memorial plaque at the Hauge church over those who had lost their lives at sea. The idea caught on. Two years later, a <i>monument</i> was unveiled at the Bremanger church. 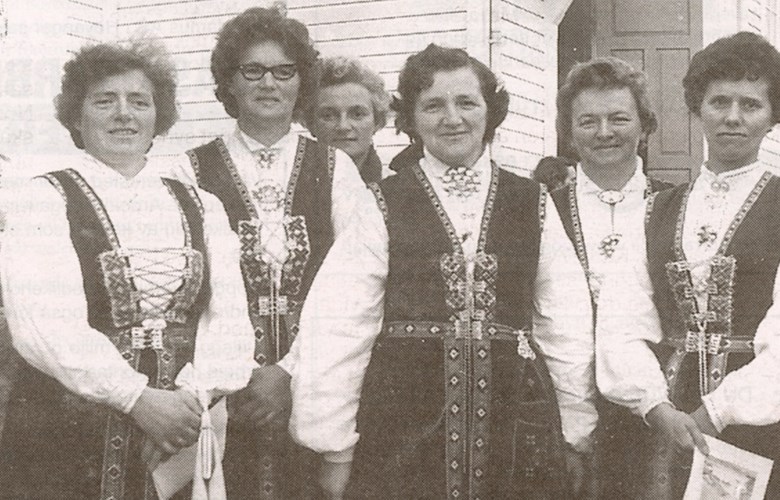 The board of the Fiskarkvinnelaget who erected this great monument over fishermen from Bremanger who lost their lives at sea in the period from 1864 to 1964. From left to right: Petra Senneset, Aslaug Svarstad, Jofrid Grotle, Amanda Igland, Anna A. Igland and Aslaug Hammerset.

It was at the annual meeting of the Bremanger Fiskarkvinnelag in 1962 that the chairman, Amanda Igland, launched the idea of erecting a memorial plaque over those who had lost their lives at sea. The board was given the go-ahead to plan the work. They immediately started to make the memorial plan known to the public and to raise money. Means were raised by various fund-raising activities, by private donations and from the fishing fleet, as well as by an allocation from the municipality of Bremanger.
The association fairly soon changed their mind about erecting a memorial plaque and instead chose monument, and the commission was given to the sculptor Ståle Kyllingstad. In August 1964, the monument came to Smørhamn on a cargo ship. The date for the unveiling ceremony was set to coincide with the 50th anniversary of the church.

On Sunday 6 September 1964, the Fishermen's Monument was ready for the ceremony. Many people had turned up for the unveiling ceremony of the flag-draped memorial. The vicar H. V. Gjeitanger (vicar at Bremanger in the years 1927-1935) gave the unveiling speech, the artist Ståle Kyllingstad talked about his work of art, and Amanda Igland laid down flowers in remembrance of those who had lost their lives at sea. Finally, Amanda Igland, on behalf of Bremanger Fiskarkvinnelag, handed over the monument to the Bremanger church. 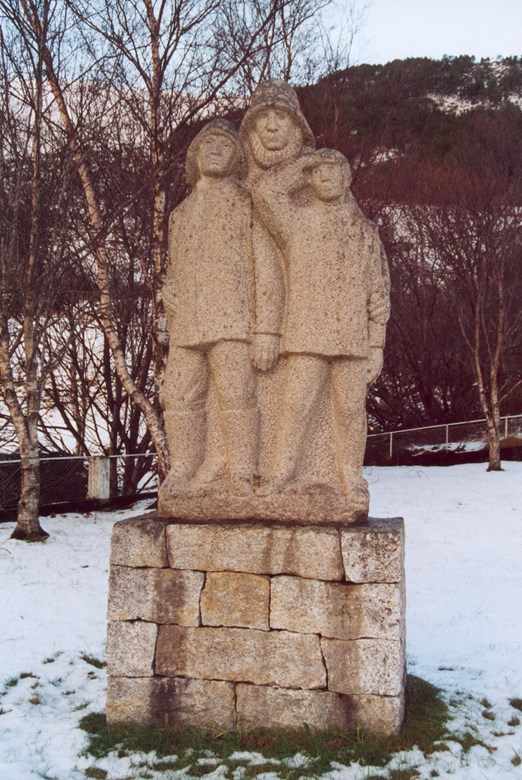 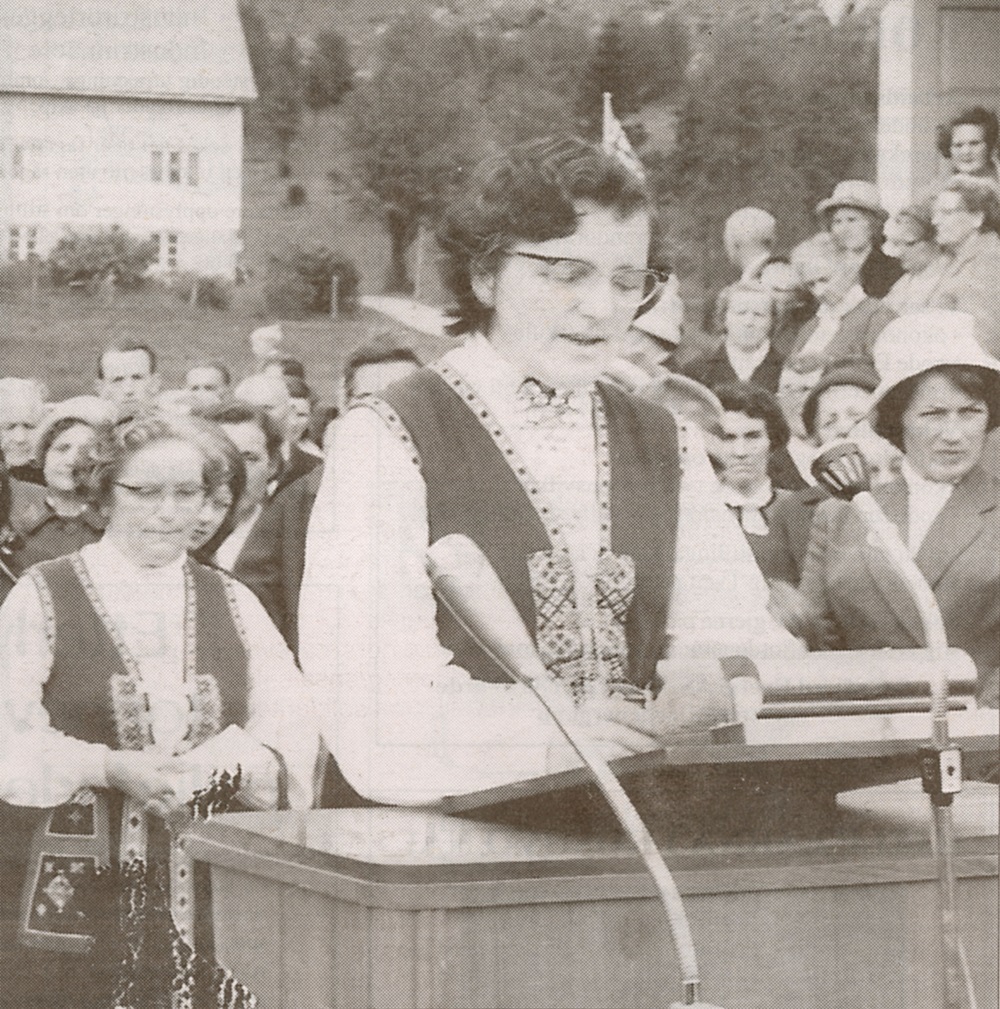 Excerpts from the unveiling speech

In his speech, the vicar H. V. Gjeitanger expressed his gratitude to "fiskarkvinnelaget" for their initiative and their work to raise a monument "over the many from the villages of Bremanger who drowned out there and were only given kelp and seaweed as a shroud and storm and the ripple of waves as their funeral hymn."
He said that he once had looked up in the old church records for Kinn and found that on 19 May 1858, the names of 11 dead men had been recorded, all men aged between 19 and 54. Next to this entry there was a comment: "All these men died at sea, where they had gone out the night of 19 May, when they were surprised by a north-westerly hurricane. None of the corpses have later been found."
Gjeitanger also talked about the many times when he himself with a heavy heart had to see people and tell them that a near and dear one had died at sea. Nearly always their reaction was: "If only I had a grave to go to". Now this monument can be a memorial and a place where people can lay down flowers in remembrance of all those who never got any flowers," Gjeitanger said in his speech.

Book with a list of names of those who died

With the monument the church also got a wooden cupboard with a drawing of the monument carved into the door. A book was placed inside with the names of all those who were lost at sea in the years 1864-1964, written in "eternal" ink. Similar books were also given to the churches at Frøya and Midtgulen. The idea was that these books were to be updated every year whenever somebody was lost at sea.