With the year 1524 marked into a log, we have factual evidence for the age of this small house at Fletene at Holsen. Most likely Fletene is also the oldest farmyard in Førde municipality. 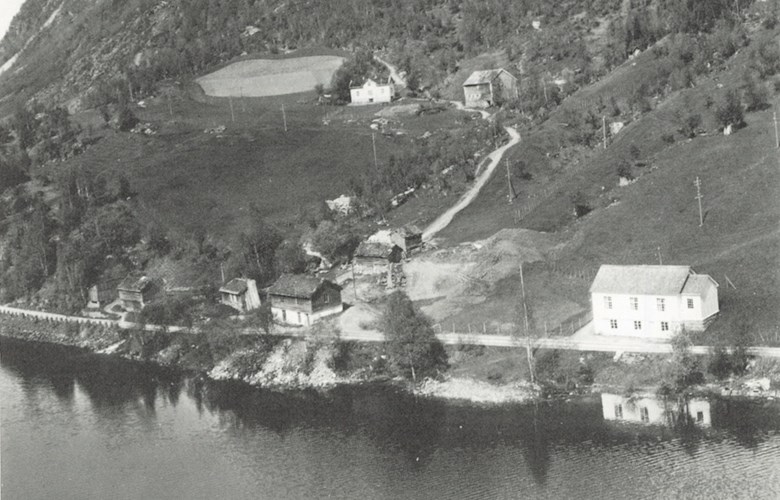 The farm Fletene at lake Holsavatnet in Førde municipality . In the mountain side is farm no. 1. By the roadside, on the right in the picture, is the chapel. The old dairy is on the left. In the middle is farm no. 6, Nedrebø.

The storehouse is situated at farm no. 4 at Fletene at Holsen. The registration drawings by Arne Berg indicate the size of the building. It is the oldest registered Middle Age house in Førde. A date has been cut into a log in the house, which indicates 1524 as a probable year of completion. The building served as a storage house, where grain, flatbread, salted meat and other food were kept. On the doorsill there are signs that meat has been cut. There are several tar crosses which served to protect the stored food against evil spirits. 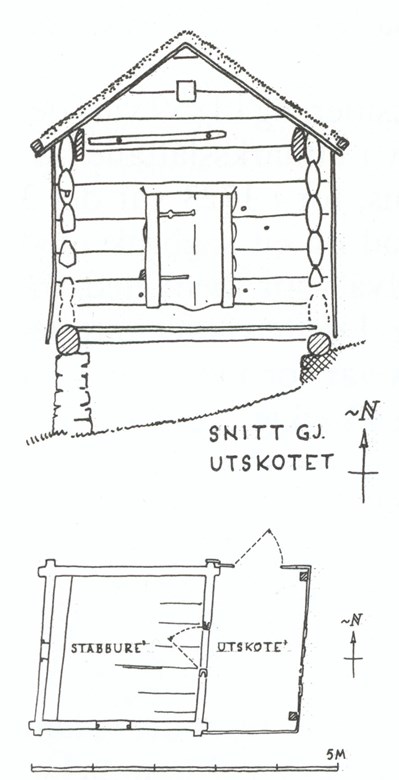 To our best knowledge the house has always been at farm no. 4. The house itself is in timber, and had originally no cladding. The sketch of the base shows standard timber with board cladding. This room resembles a small entrance, or "before door", as it was denoted in older documents. This old food chamber was probably not more than eight square metres and was thus small and had little headroom.

The storehouse as a farm house

The old storehouse at Fletene demonstrates that the houses from the Middle Ages could be quite small. At farm no. 1 at Fletene was in 1877 registered in a fire assessment one food shed. This shed measured 4.2 by 3.15 metres and was 1.8metres high. It had two doors and a small window. This storehouse had an entrance like the older one at farm no. 4. 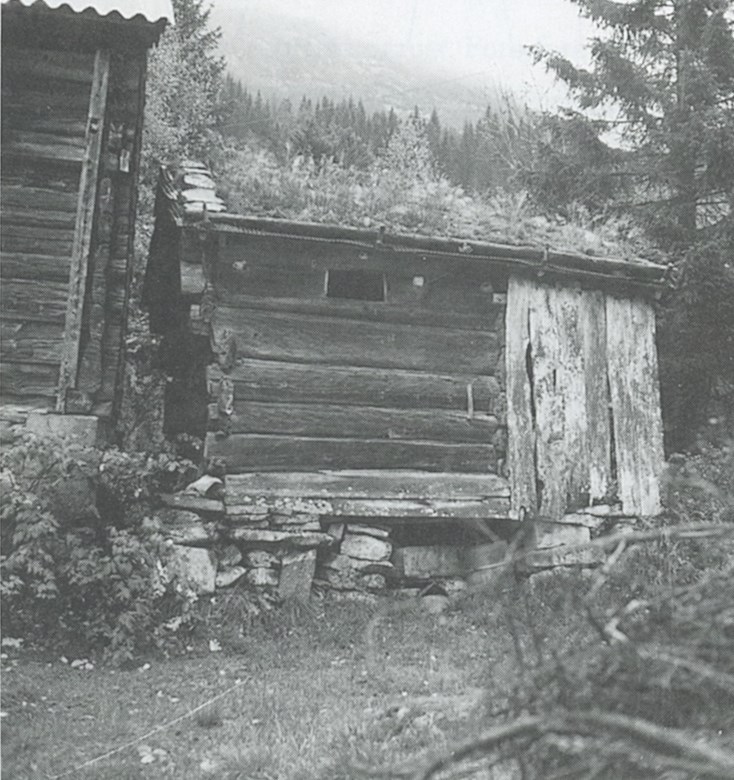 In the period up to the splitting-up of the farmyards and the division of farms at the end of the 19th century, there were a great many small houses in a normal farmyard. In the register at farm no. 1 at Fletene there were 17 houses. The storehouse from the Middle Ages shows that the old farmyard layout, with a number of small houses for special purposes, has been common for centuries. In the Gulating Law we find various houses at a farm named, for example residence, storehouse, "eldhus" (used for baking and washing), cowshed, and barn.

Copy of the number cut into the log above the door of the storehouse. There is reason to believe that 1524 is the year when the storehouse was built. The building has been situated at farm no. 4 at Fletene ever since.
Owner: Riksantikvaren. - Date: Ukjend. - Photographer: Arne Berg (teikning).
Riksantikvaren.
Ukjend.
Arne Berg (teikning).
resources:
Førsund, Finn Borgen: Førde bygdebok.Bind 1, s.197. Førde 1990.
Berg, Arne: Norske tømmerhus frå mellomalderen, bind V. Riksantikvaren. Landbruksforlaget, Oslo 1995.
Sogn og Fjordane fylkeskommune, Kuturavdelinga.