Sjøahola is the name of the first built-up area in Førde, and throughout several centuries it was the centre of the community, of communication, commerce, and administration. When the river Jølstra found a new course in 1780, it was the beginning of the end for Sjøahola, but the inn was in business until 1857, and the courthouse was moved only in 1902. 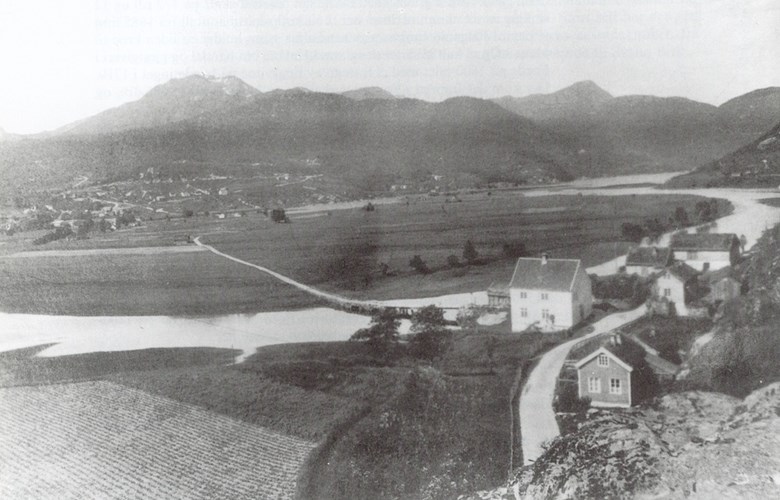 View of Sjøahola before 1900. A port was here in earlier times, where boats docked. The river Jøstra at this time had its main course here, until it changed course around 1780. The big house is the court house, which was moved later to Øyna.

Sjøahola was early the natural landing place for the traffic to and from the church, and as time went by, a courthouse site grew up with commerce and administration. Vessels arrived from far and near, navigating up the river the short kilometre from the outlet at Kletten. Several of the vicars had their own ¿jekts" (yachts) which carried goods to and from Bergen, among them Peder Finde in the 1600s, and Søren Hielm Friis in the 1800s. From Sjøahola the traffic went on land toward Jølster and Angedalen.

It is not known how far back in time it is possible to speak of a built-up area at Sjøahola, but the first court house is mentioned in 1591. In 1610, Nils Halbrend was fined because he knocked loose two teeth on a trader in "kræmmerens eget nøst (the trader's own shed)", which must have been at Sjøahola. From this time an inn and a public-house are known. The first known shopkeeper was David Sanderson, in Førde 1637-41. The name suggests that he was a foreigner. This happened at a time when Christian IV's "lov" (law statute) from 1604 gave the towns a monopoly of all trade. In the privileges of the town Bergen from 1702, this was upheld, but the traders were then permitted to own and operate "kræmmerleier" (shop area) in the country. Among those who took advantage of this opportunity to make his way in Sjøahola, was Bernt D. Nagel (1670-1733) from Bergen, who acquired permission to trade (1710) and an inn permit (1719). Nagel was on equal social terms with vicar, magistrate, and bailiff in the upper class of Førde in the first half of the 18th century. 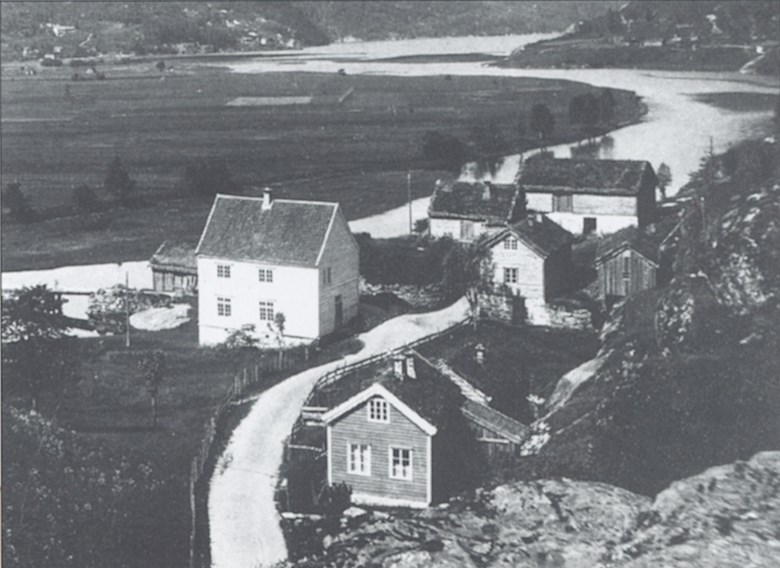 The beginning of the end for Sjøahola as a centre was the natural disaster in the spring of 1780, when the river Jølstra broke a new course. During a flood with drifting ice, the river broke a new course toward the fjord, and Sjøahola was left literally in the backwater. As early as in 1785 the bailiff Arentz pointed out that Sjøahola was inconveniently located for the traffic Vadheim-Nordfjord, which was the main traffic artery in the county, then as now. Arentz thought an inn would be better on the south bank of the river, which was exactly what happened. In 1785, a coaching inn and posting station were established at Hafstad, and later an inn. The competition between Sjøahola and Hafstad had thus begun. 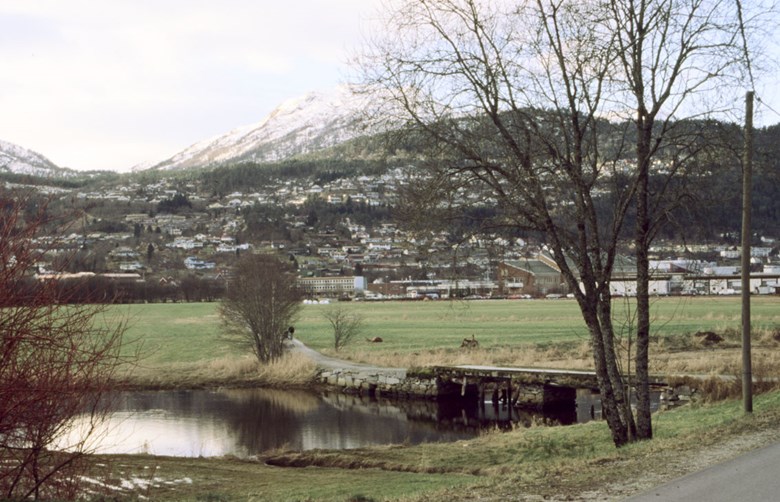 As late as in 1844 a new court house was built at Sjøahola, which was used for school, municipal meetings, banking, etc.. And in 1845, still 2/3 of the population, some 300 people, lived at "Førde på Skei" or at Sjøahola. But commercial activities steadily moved to the south of the river, and the inn was abandoned in 1857, and so was the "kræmmerleiet" in 1874. When the court house was moved to Øyna in 1902, it meant the final end for Sjøahola as the centre of Førde.

In Korsavegen near Sjøahola there is a remnant from the time when people on their way to church came on shore at Sjøahola. Behind the big "Kjerringsteinen" (old women's stone) the women according to legend stopped for pressing needs, for example change of clothes. 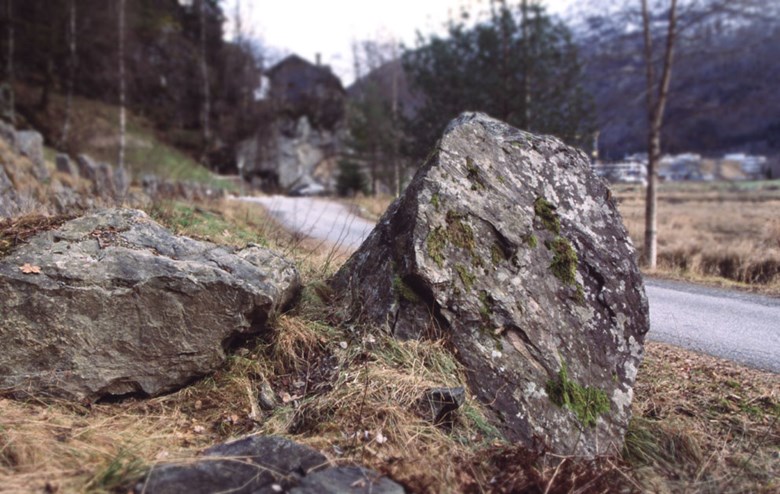 Sjøahola looked like this in the autumn of 2001. The old bridge is still there, but is the only remnant of the old times. In the background is the new centre of Førde. Behind the tree on the right there is a glimpse of Øyrane Vidaregåande Skule (secondary school).
Owner: Fylkesarkivet. - Date: 2001. - Photographer: Arild Reppen.
Fylkesarkivet.
2001.
Arild Reppen.