The memorial stone on the grave of Anna Cathrine Schreuder, mother of the missionary Hans Schreuder, is found at Stedje church in Sogndal. The idea to erect such a memorial was introduced in 1917 on the centenary of Schreuder¿s birthday. Many people were gathered at Kjørnes on this occasion, but it would take more than ten years before the idea was carried out. 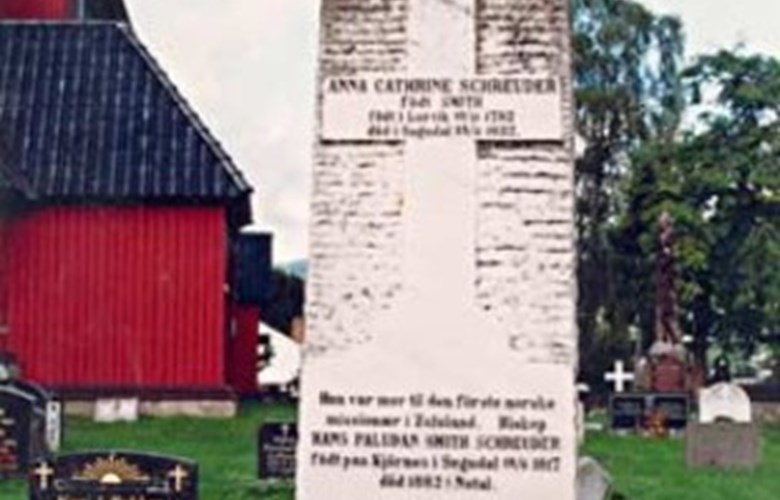 The inscription on the memorial stone

The stone has the following inscription:

It was the vicar Johannes Brochmann in Sogndal who took the initiative to erect a memorial stone on the grave of Anna Cathrine Schreuder. He wished to honour the memory of missionary Schreuder by also paying tribute to his mother.

The memorial stone was unveiled at a mission gathering on Sunday 1 May, 1927. Vicar Brochmann gave a warm and eloquent speech on the missionary bishop Schreuder¿s substantial and pioneering mission work in Zululand. Just as warmly were the words he used to describe Mrs Schreuder, the missionary¿s mother, who had lit the love of mission work in his heart.

Anna Cathrine Schreuder was the daughter of estate manager Hans Paludan Smith in the then county of Larvik. His family came from Flensburg in Germany. She married the procurator (solicitor), later bailiff, Otto Schreuder. The family came to Sogndal and settled down at Kjørnes. They had five children. Anna Cathrine died in Sogndal on 25 June, 1832 after a long period of illness, and was buried on 2 July. 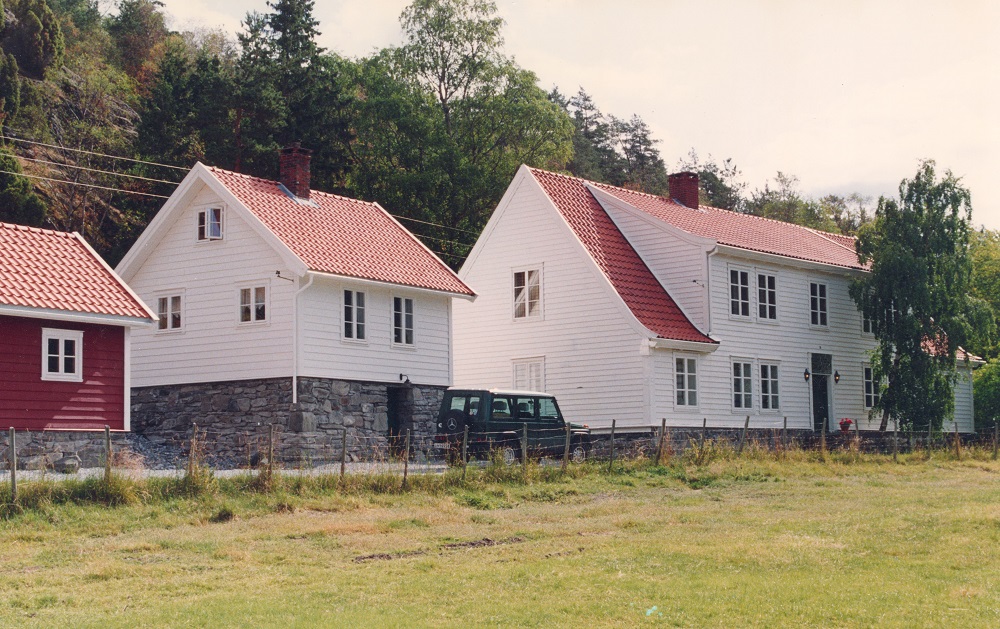 Close relationship between mother and son

Liv Bergsholm writes something about the relationship between Hans and his mother in the booklet Hans P.S. Schreuder. Mannen som ingen kunne stanse., (The man noone could stop), published for school use in 1970. The booklet is based on written sources after Hans Schreuder.

"The father was often absent. When he was at home, he spent most of his time working busily in his office. For this reason, Hans did not see much of his father. It was the mother, Anna Cathrine, who became the centre of the family life. She was frequently ill and was bedridden for long periods. However, this was the reason she had so much time for others. Hans often found his way to her sickbed because his mother could listen and give him pieces of good advice. She found answers to the many questions tumbling around in the bright head of the boy. It was also the mother who taught him to read. When Hans had been to church, he ran in to see his mother. He read to her and retold the sermon. What Hans had heard, he remembered."