On a crag on the island of Hovden to the west of Florø stands a three-metre-high stone in commemoration of Johan Schumann. The memorial stone was erected at the same time as the urn containing his ashes was buried there some time after his death in 1911. Who was he, this man who was honoured with such a special memorial? 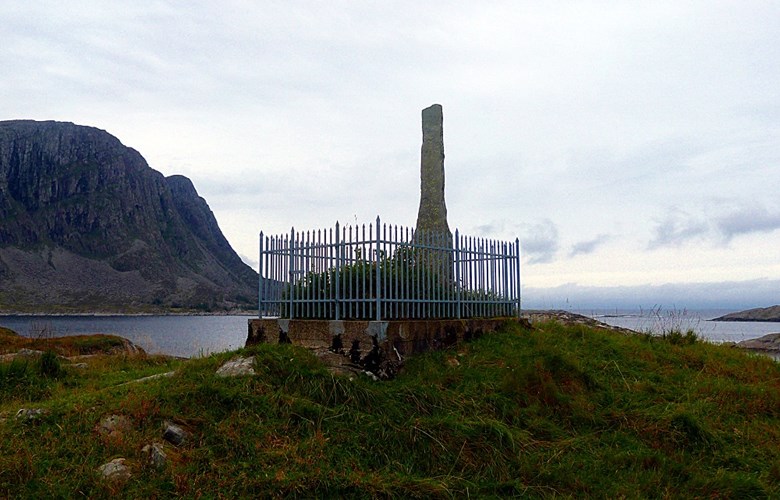 Johan Schumann was born in Bergen in 1832. He studied agriculture in Denmark and Scotland. When he returned to his home country in 1859, he brought with him ten Scottish black-faced sheep. During the first winter, the sheep grazed in the mountain area around Fløyfjell in Bergen. This was not without problems as the sheep scattered over a wide area and he had problems finding them. The following summer, he leased the island of Flaen in Manger. There the black-faced sheep grazed with a flock of Norwegian wild sheep - an old race also known as Stone Age sheep or Viking sheep - for four years.
However, this place proved to be less than ideal for sheep farming. A number of animals caught diseases, and Schumann once again had to start looking for another suitable place. He found it on the island of Alden in Askvoll. He operated there for 17 years with about 300 black-faced sheep and Norwegian wild sheep. When Schumann wanted to buy the island, he was not allowed to do that, and had to move once again with his sheep, this time to the island of Hovden in Sunnfjord which he bought in 1881. 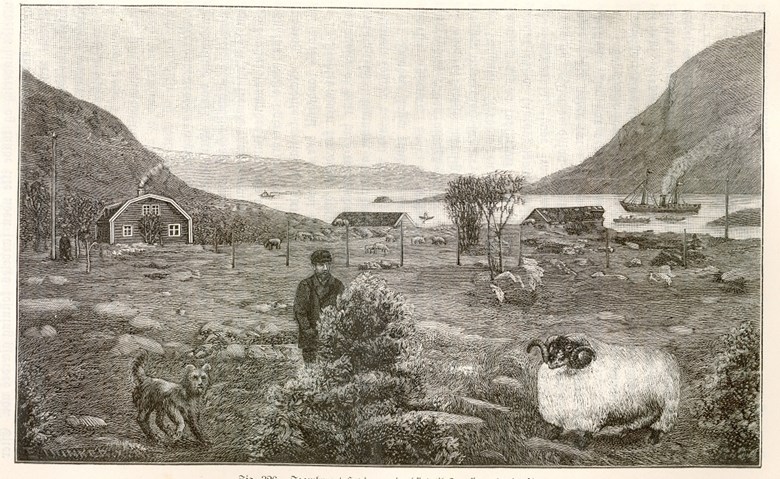 The island of Hovden

The island of Hovden has been described in the following way: "To the west Mother Nature has built a solid jetty and through a narrow strait you can get in in to the village of western Hovdevåg. Directly opposite, from the east, is eastern Hovdevåg, and between these two islands, there is only a narrow strip of land(?). The strip of land and the two bays separate Hovden from the southern part of the island. - Then the land rises to a high altitude, with a steep wall towards the waters of Frøysjøen to the north. There are only a couple of lower areas down to the northern shore. The shape of the peninsula has given the island the name Hovden, derived from the Norwegian word for head. North of the strip of land is a sheltered cove where the first settlement was built by the Stone Age people, and this has always been the site of the main farm. The houses are still standing today."

Johan Schumann was not only an extraordinary sheep breeder who throughout his whole life carried out experiments at a high professional level, with particular emphasis on the possibility to run a profitable business with Scottish black-faced sheep in the west of Norway. He was also strongly interested in the cultivation of grass and root vegetables. In his opinion, there was much to be gained by making silage, and then in particular in western Norway, where in some years it might be difficult to get dried hay.
Johan Schumann was not only concerned about his own business. He took a keen interest in spreading information to the agricultural community by writing and publishing a series of agricultural pamphlets. Some of these were printed as articles in newspapers, and he applied to local councils and agricultural organizations with an appeal to contribute to the dissemination of these pamphlets.

In 1899, Johan Schumann sold his property at Hovden to Per Indrehus. This meant the end of a long and shifting life as an agricultural man and a sheep farmer. In 1905, Amund Helland refers to Johan Schumann as western Norway's most knowledgeable sheep farmer in his book "Norges Topografiske beskrivelse". Johan Schumann was unmarried and died in Bergen on 3 May, 1911. 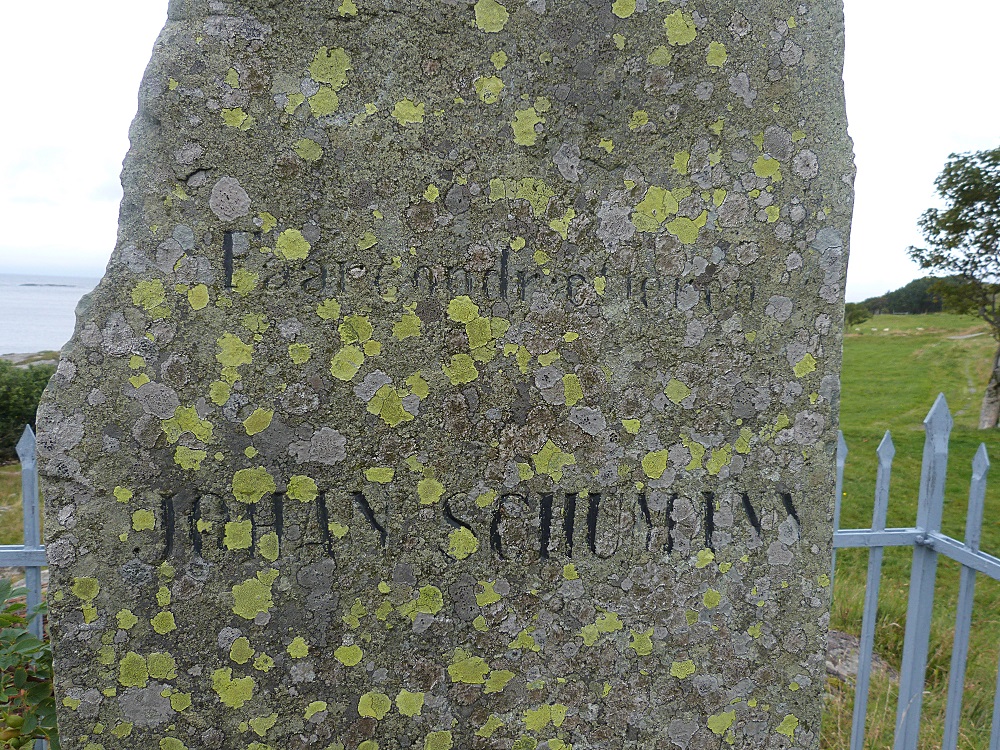 In the paper Firda Hans Seland wrote on 27 December, 1890, about the pamphletSyltehø (Silage): "The subject our energetic agricultural writer has covered here is of great importance for farmers in western Norway, who are regularly faced with the problem of getting their hay dried during rainy summers. This pamphlet informs farmers how they can be helped if the weather is unfavourable; and the process of making "Silage" will undoubtedly be much used in time."

Picture (xylography) from Hovdevåg in the book Faarehold i Norge by Johan Schumann that he published privately in 1899. From the bay, it is possible to reach the waters of Frøysjøen.