The church site Bø on the island of Selja

Bø is the name of a farm on the eastern side of the island of Selja. Bø is one of the oldest farm names in Norway, indicating a big, central farm on a sunny location. Maybe Bø was formerly a royal farm. In the Middle Ages a "sokn" church was built on a flat area down towards the sea. In 1654, this church was moved to the mainland. 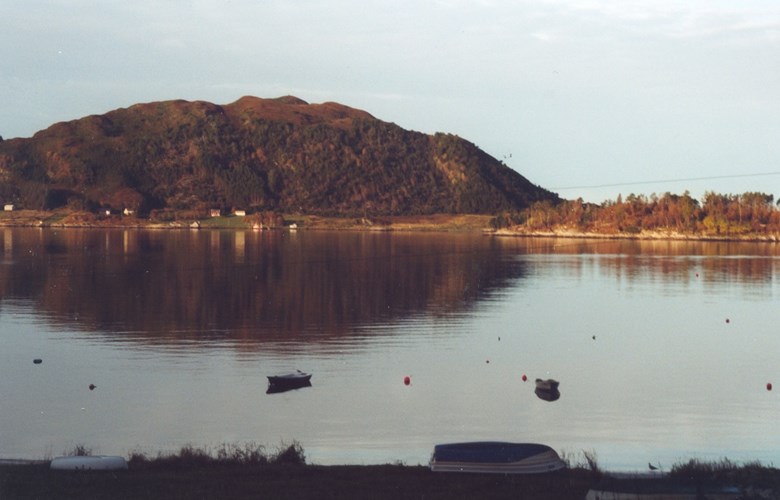 The view from the mainland towards the island of Selja. Bø is located on the flat area to the right of the farms. The islet of Ersholmen, which the vicar Johan Daniel Stub Landmark afforested in the 19th century, can be seen to the far right.

Whether the farm Bø previously was a seat of residence for a powerful clan is anybody's guess. At any rate, it is likely that the king at one time or another owned the farm, because it was on this property that Olav Kyrre established a diocese in 1068. Later on, when the "sokn" church was built, the farm became residence for the vicar until the Reformation in 1536 when it was moved to the mainland. Catholic priests were not allowed to marry, and it is easy to imagine that the clergymen led lonely lives at Bø. In 1322, the vicar Berg Kolbeinsson moved across to the mainland. In a letter to the vicar Gudleik in Eid dated 9 May, 1322, the bishop Audun asked him to warn Berg Kolbeinsson that he would be removed from office if he did not move back to Bø within five days.

The church and the church site at Bø

Most likely there was a church at Bø as early as in the 12th century, when the country was divided into "sokns". There are indications that the first church was a stave church, but accounts records for the Bø church from 1631 show that there was a cog-joint church on the site then. The church site and the churchyard walls are still visible, but the area has never been properly studied.

The church bell at Bø has a cast inscription: "Jon Biarnarson ordered me. Jac. Jacobs (Jakob Jacobson) made me".

The bell followed the church when it was moved to the mainland, and later to Leikanger at Stad in 1866. It was said that the church had an especially strong peal. But in 1844, the bell cracked in connection with the ringing of bells for King Karl Johan's funeral. The bell was then recast, but never regained its old sound.
The church remained at Bø more than 100 years after the vicar had moved to the mainland. 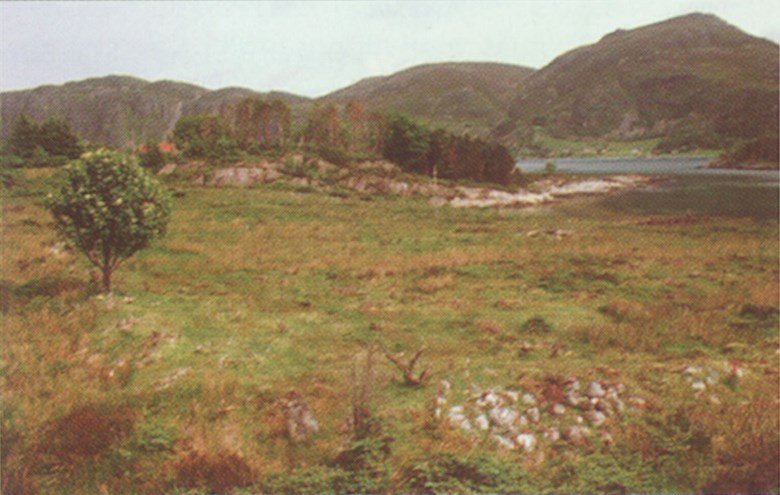 The church was moved

Legend has it that local people had the church moved to the mainland after a big rowboat full of churchgoers went down on its way to church at Bø. At that time Jacob Rasmussen Stub was vicar at Selje. He was married to Maren Søffrensdotter Friis, who had the distinction of being married to four Selje vicars in succession. Jacob was her second husband. When the Bø church was torn down, the building material was floated across the bay and moored close to the vicarage, where the vicar wanted the church to be rebuilt. However, the vicar's wife did not like the idea of having "ghosts" so close to their residence. At night she asked one of her servants to sneak down to the mooring and cut the ropes of the timber raft. The timber then drifted across the bay to the present location of the church. When the vicar woke the next morning and realized what had happened, he interpreted this as a sign from God Almighty that this was where He wanted it to be rebuilt, and thus the church was built on its present location.