Of all the farms at Skei the captain farm Ytre Skei has been owned by public officials, most of them military officers, for the longest uninterrupted period, as many as 250 years. The main building has a long and diverse history, the oldest parts being more than 200 years old. 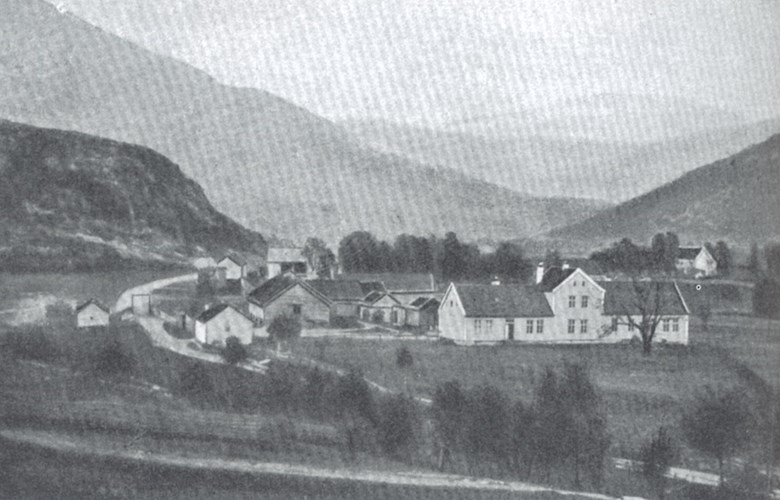 The main building at the captain farm looked like this at its largest in the 1860s. The dormer in the middle and the wing to the right were moved in later years.

A great many captains

The wealthy vicar Peder Jørgensson Finde (1610-1691) was the owner of the old, large property "Førde med Skei", which he in 1666 divided into three: Førde vicarage, Ytre Skei, and Indre Skei. His son Henrik Finde, vicar of Førde 1691-1700, received Ytre Skei. From 1741 until 1942 military officers, with few interruptions, were owners of the farm, for which reason it was called the captain farm. The military training ground for the Sunnfjord district was at Tåene, close by the entrance of the farm, until the middle of the 19th century. 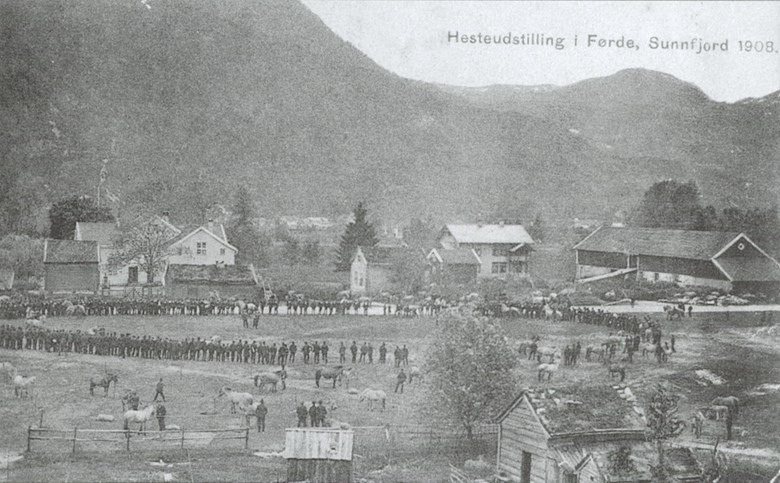 The public officials' community at Tåene

From captain Mads Christensen's time (1788-1841) there is a unique map dated 1838 showing the farms at Skei, from Sjøhola in the west to the vicar's residence in the east. The vicar's residence, as well as Indre Skei and Ytre Skei had beautiful gardens in the English style, with symmetrical patterns and a network of paved walks. From contemporary survey reports we learn of orchards, vegetable gardens at Skei. The map gives evidence of a numerous and impressive group of public officials in Førde, with six farm yards, church and military training ground in the immediate vicinity. 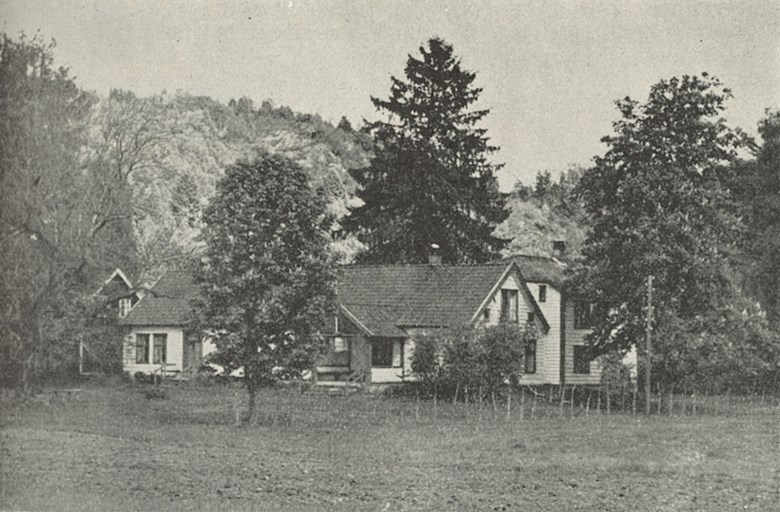 The oldest part of the main building at Ytre Skei as it stands today probably dates back to the end of the 18th century. The part to the north (close to Kyrkjevegen) is the oldest. During 1854-1860 the house was enlarged considerably by the two brothers Thomas (1822-1881) and Michael (1827-1895) Christensen, both military captains. The main house was given a symmetrical, elegant form and was over 30 metres long and 8 metres wide. This building can be seen on one of the oldest photographic pictures taken in Førde, in 1869. In the farmyard at Ytre Skei there were at the time 14 buildings.

However, the building was not allowed to look like this for long. When Michael Christensen married and had children, he moved his family and half of the main building to Veglo, south of the church, where it is situated today. Later the first floor, the earlier dormer in the middle, was taken down and used to enlarge Michael Christensen's house. In 1889 a kitchen wing was built in the back, and in the front a veranda with two gateposts, which are believed to have come from the old church which was torn down in 1884. The house stood like this until the 1960s, when the kitchen wing was removed. 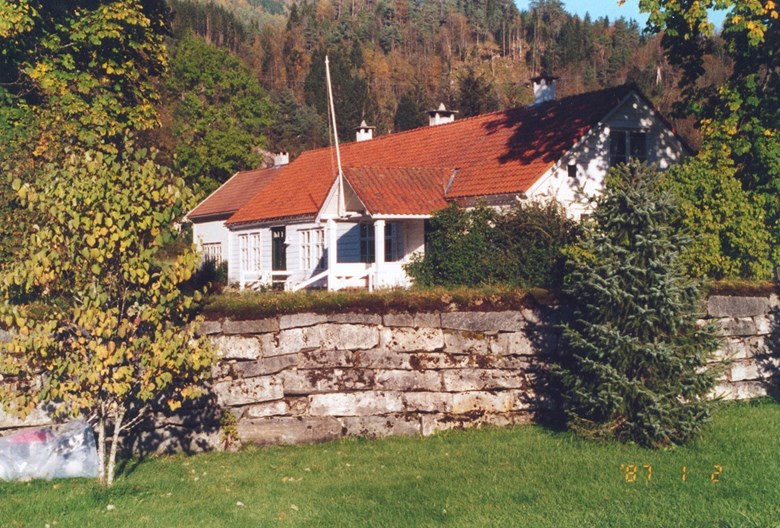 In the farmyard at Skei there were several other buildings, a barn, a storehouse, a brewery, and so on. North of the main building the poet Hjalmar Christensen (1869-1925) in 1920 had a small house built, which is still there. He was the son of Michael Christensen and the brother of captain and county governor Ingolf Elster Christensen (1872-1943). In 1881, Hjalmar Christensen had inherited the farm from his uncle, who had no children, but sold to his father Michael in 1890. Ingolf took over in 1900 and Ytre Skei was in his possession until he died in 1942. The next owner was Othilia, Ingolf's daughter, and married to county governor Nikolai Schei, who lived at Skei from 1942 till 1991. The owner today, Anne Schei Nyheim, and her husband Anders Breien have undertaken extensive renovation of the historic main house at Ytre Skei.

The main building at the captain farm was rebuilt at the end of the 19th century. One half of the house was moved to Veglo. The first floor with the dormer was taken down and put up where the removed part had been. An additional kitchen wing was built in the back and a veranda with two gateposts in the front.
Owner: I <i>Sogn og Fjordane fylkesleksikon.</i> - Date: Ca. 1950. - Photographer: Ukjend.
I <i>Sogn og Fjordane fylkesleksikon.</i>
Ca. 1950.
Ukjend.