The Dyrstad farm is located on the western side of the Berstadvatnet lake in the valley of Berstaddalen, some 200 metres above sea level. The road leading up from the lake to the old house foundations is steep, and, according to old sources, the farm has been deserted several times because of rock slides and snow avalanches. 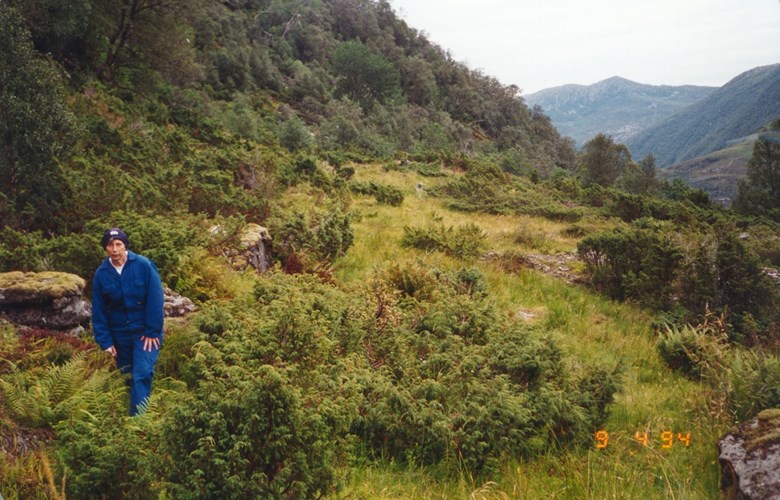 Dyrstad. The picture is taken towards the north. To the left in the picture we can see the remnants of the foundation walls after the northernmost house. At the edge of the forest there are remnants of a cowshed that was built while the place was used as a mountain farm. The New Year hurricane completely wrecked the cowshed.

The name Dyrstad is probably derived from the man's name Dyri. The first reference of the farm dates from 1612, when Oluff Torsteinson Diurstad lived there and paid tax and tithe. The 1626 cadastre shows that the farm some time earlier was "deserted because snow avalanches and rock slides destroyed houses and cattle, but the fields have now been sown".

Dyrstad, or Dalen, as it has also been called, was owned by the St. Jørgens Hospital in Bergen, and in 1667, the land tax was reduced to 18 marks (4 ½ kilos) of fish or 9 marks (2 ¼ kilos) of butter. This reduction was probably due to the fact that the farm once again had been damaged. What we know for certain is that the farm was deserted for longer periods, for example between 1690 and 1701, and from 1812 to 1814.

At times there were not even houses on the farm and the haymaking was taken care of by other farms down in the villages. Later on, it seems as if the farm had been divided, and occasionally used as a mountain farm.

The road from the lake of Berstadvatnet up the slopes to Dyrstad is fairly steep, but the landscape is much flatter when you get up to the infields. At the upper end of the infields you can see the remnants of the foundation walls of the former houses on the farm. Two sites have been registered there, and they are both rectangular. The northernmost site measures nine by four metres, the other ten by four metres. Inside and outside the old stone walls we find juniper and birch. The infield is now also on the verge of becoming overgrown. 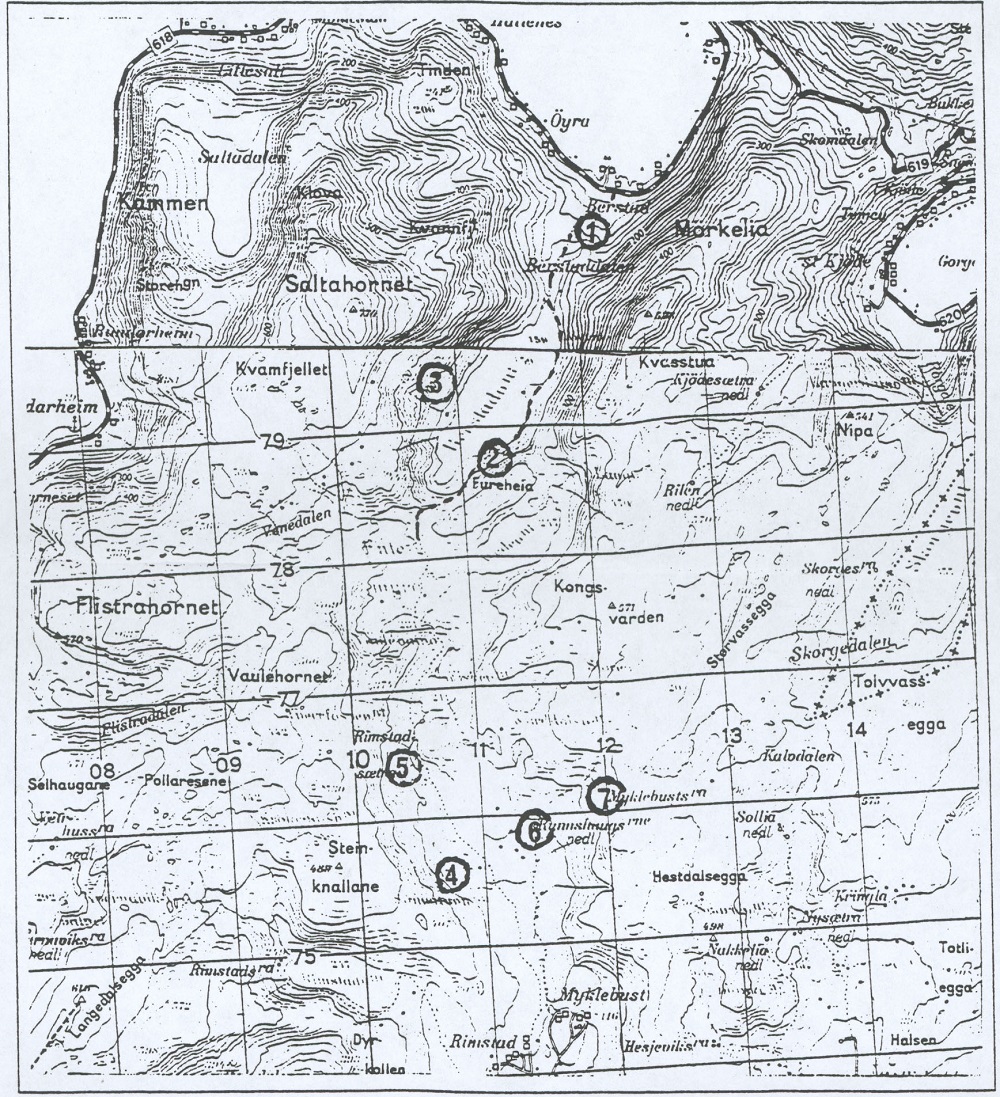 Broke through the ice