The ferries on the Dalsfjord

Long before the heated debates about a bridge across the Dalsfjord, there was conflict about roads across and around the Dalsfjord. The roads had to wait. Some wanted a road on the north side of the fjord, and others on the south side. When a ferry connection across the Dalsfjord was suggested, there was disagreement. Nevertheless, a ferry crossing was established. The first ferry arrived in 1937, but only after the Second World War did it become a permanent service. 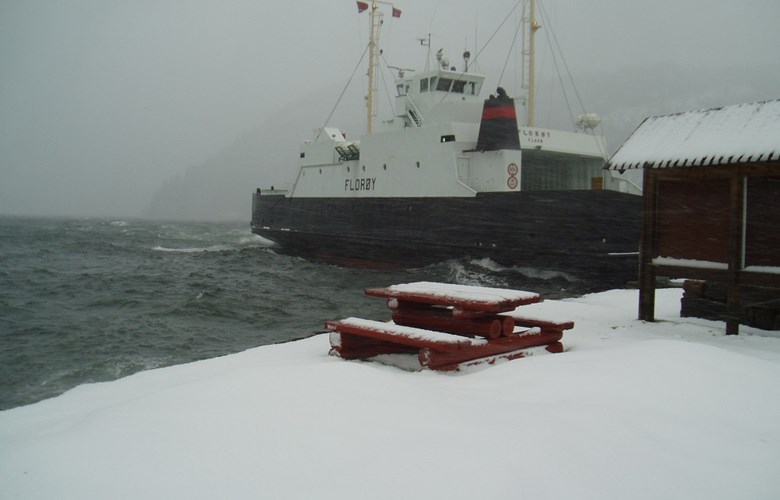 Demand for a road around the Dalsfjord
In the 1930s, the road communications in Hyllestad, Askvoll, and Fjaler were debated vigorously. The demand for a continuous road on the north side of the Dalsfjord was put forward by the communications board and the municipal council of Askvoll in 1932. In 1933, Gaular joined in. But Fjaler wanted a ferry from Eikenes to Dale and a road on the south side between Dale and Osen. The question was postponed for more research and pending the "compensation plan" (financial compensation for lack of railway, which never materialized), yet none of the roads were given priority. The Dale-Osen road was included in the budget only in 1938-39. 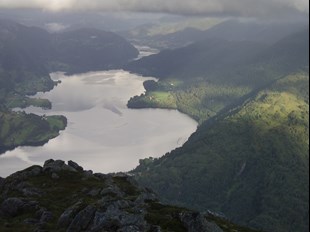 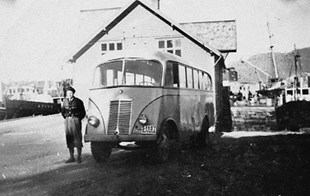 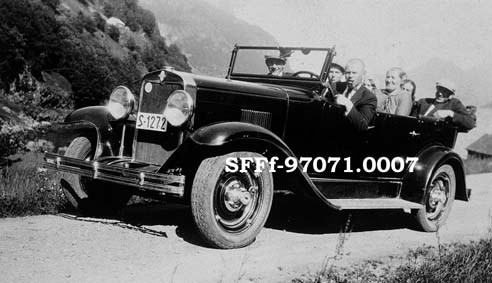 Competition
The traffic was light in the first period. Few people had a car, and the connecting roads were short. On the north side of the Dalsfjord, there was a road from Askvoll to Eikenes with a side road between Holmedal and Straumen. The road on the south side of the fjord between Dale and Leirvik was improved in the 1930s. The ferry now sailed in a triangle between Eikenes, Dale, and Bygstad. The "Fagervik" was the name of the first boat, which was a fishing vessel. It was a private business operated by Jonas Jensson Haugland. Fylkesbaatane (steamship company) started up a competing boat between Dale and Eikenes.

The "Varden" II for nine years
During the war, most ferry services came to a stop. Only in 1949 was the ferry traffic on the Dalsfjord resumed, now by Fylkesbaatane. The first few months 1000 passengers, 30 cars, 25 motorcycles, 120 bicycles were transported. Still the ferry operated only during the summer months, and Fylkesbaatane rented vessels, such as the "Dagning", the "Kvikk" 4, the "Førdefjord", the "Vesle Øyvind", and the "Thorsnes". In 1952, the brothers Ola and Mads Halsnes took over, with the fishing vessel "Varden" II. The mast was taken down, and there was room for four cars. The "Varden" II was in regular service for nine years, all year around.

New ferries
After 1958, when the road Dale-Osen was finished, the ferry crossed between Eikenes and Dale only. Still, the ferry stopped at Standnes in the eastern Dalsfjord, but with fewer crossings. In 1961, the ferry MF "Vangsnes" was put in service on the Dalsfjord. In 1962, the MF "Sogn" took over. Both of these ferries could transport 15-16 cars. The "Sogn" plied the Dalsfjord for 14 years. 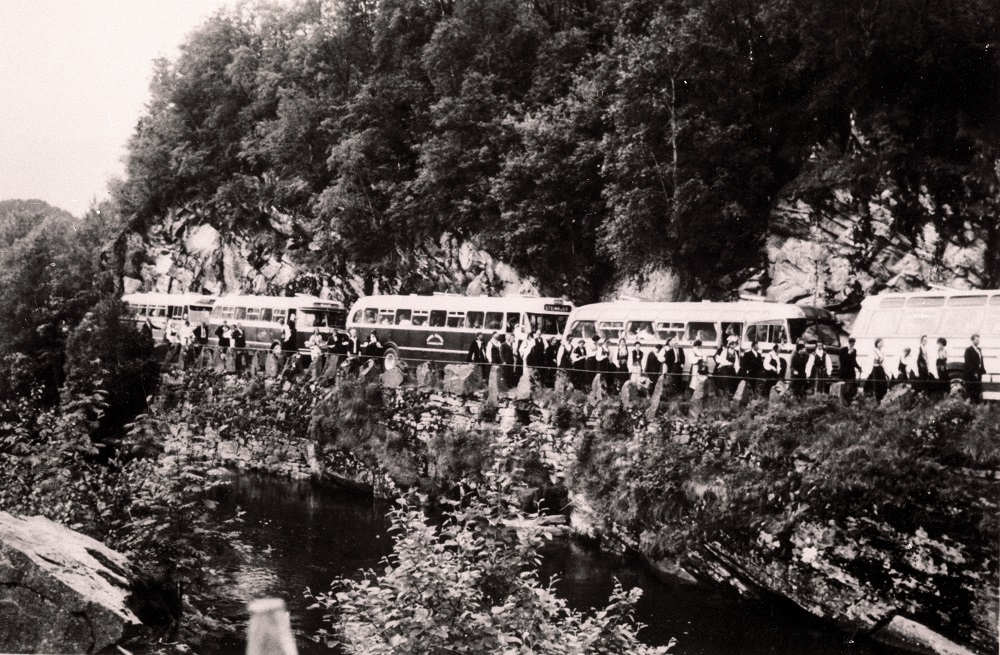 Dangerous ferry quays
The old ferry quays were not good enough as traffic increased. It was contended that the quay at Eikenes was so small that it was a wonder no accidents had happened. The newspaper Firda wrote in 1960: "When the ferry brought some cars, and some passengers wanted to get ashore, the word chaos is too weak. The cars had to back up, turn, and crawl by inches on to the quay, while people ran between the cars as if none knew where they were going. That no accidents have happened on the quay is more than a wonder." In 1962, new ferry quays were built at Eikenes and at Dale.

A bus service between Askvoll and Eikenes was started up in the summer of 1937. Fylkesbaatane (steamship company) took over the services in the municipalities of Lavik, Hyllestad, and Fjaler. These services and the service Askvoll-Eikenes were merged into a new bus company: Dalsfjord og Ytre Sogn Billag L/L, established on 10 May 1938. The services started in the middle of June. In 1946, Firda Billag (motor company) took over the services in the Dalsfjord district and in western Sogn. In the picture one of the buses of Firda Billag, on the quay at Dale.
Owner: Firda Sjåførforening. - Date: Ukjend. - Photographer: Ukjend.
Firda Sjåførforening.
Ukjend.
Ukjend.

The old steamship quay at Askvoll with the first petrol station, which Rolf Ask had built in 1957. The bus in the picture was in scheduled service Askvoll-Holmedal-Eikenes.
Owner: Magnhild Reed Ask. - Date: 1960. - Photographer: Ukjend.
Magnhild Reed Ask.
1960.
Ukjend.